With BMW public relations staff wearing t-shirts imprinted BMW X5 – The Boss, the third-generation premium large SUV is getting more than a humble introduction to the local market.

The outgoing six-year-old BMW X5 continues to command a class-conquering 19 per cent share of the ‘SUV Large $70K-plus’ segment – the Mercedes-Benz ML-Class, despite an all-new model arriving last year, nabs 15.6 per cent.

That pricing clause of the segment is now more important, because while the X5 has long started from $90K-plus, the new car will soon be joined by twin four-cylinder models priced from just $83K, potentially making the BMW X5 even more of a ‘boss’ in the segment.

The equipment list for the BMW X5 is also more extensive than ever, with even the new entry-level sDrive25d and xDrive25d including electrically adjustable front seats with memory, power tailgate and front parking sensors – all of which are optional even on the circa-$20K pricier Range Rover Sport TDV6.

All seven specification levels of BMW X5 obviously share dimensions, and the third-generation body is 32mm longer and 2mm wider than the previous model, though the wheelbase remains the same and height is reduced by 2mm.

As exterior highlights, BMW notes the ‘X’ shaped front bumper lines which incorporate ‘air breathers’ and ‘air curtains’ that briefly allow air into the body to then slip it out later, to improve aerodynamics.

Styling is subjective, but in this case it’s difficult to argue that the new BMW X5 looks better than the old one. All the subtle, muscular haunches are gone for – despite the lower roof height – a thinner, more slab-sided look that says anything but ‘boss’.

The interior, however, is a huge improvement. There’s still not a huge amount of rear legroom in the middle row – and by the eye’s measuring tape less than the 5 Series in the CarAdvice office at the same time.

The rear-wheel-drive hardware means, as with most four-wheel drives, there isn’t a handy rear loading lip, either, and the optional two rearmost pews are also strictly kids-only. Unlike in the Range Rover Sport, they don’t fold electrically.

Luggage capacity does increase by 30 litres to 650L in standard five-seat format, though, and extends to 1870L (up 120L) when the middle row backrest is folded.

The dashboard itself trades a bulbous look for thinner sections of separate materials that look as though they belong in a coupe, not a chunky SUV. This is no bad thing, and subtle lighting and different tones and textures – thanks to extensive personalisation packages – help the BMW X5 look and feel much more premium inside than the outgoing model that aged quickly.

Turn the wheel and there’s immediate disappointment, however, though luckily the problems mainly centre around the wheel itself. When BMW has long marketed the X5 as the ‘ultimate driving machine’ of the SUV set, and used to provide some of the best steering systems on the market, the fuel-saving electro-mechanical power steering is poor. It has a sizeable vacancy on centre and is completely vague on rotation.

No longer is the standard suspension – fixed dampers with 18-inch wheels, tested on the xDrive30d – constantly jiggly on ostensibly smooth roads and edgy over bumps. But the new suspension is extremely sensitive to surface changes, picking up and transmitting to occupants most minor pockmarks in the road and thudding over expansion joints.

BMW continues to provide a bewildering array of chassis technology options, which seems either overkill or apologetic for what once was a class benchmark with a confident single-setting suspension. Worse, it makes choosing the ideal set-up difficult. Instead of reducing the amount of options compared with the already complicated new 3 Series and 5 Series, both of which get three suspension options, the X5 comes with a frankly absurd five different set-ups.

While ‘comfort’ and ‘dynamic’ versions weren’t available to test individually, the ‘professional’ set-up is marginally less restless than the standard suspension. Likely thanks to lower profile and larger 20-inch tyres, however, the optional suspension fails to do its best work, still proving too sensitive, though it absorbs bigger hits better.

There’s little ride penalty, either, with the adaptive M suspension standard only on the X5 M50d, which further builds on the ‘professional’ set up by offering even firmer damping modes.

The way the X5 M50d clings to corners, changes direction quickly and responds to driver inputs is elite-grade, or more specifically Cayenne-grade. Its dynamics are also well beyond that of the (albeit hugely improved) Range Rover Sport. Yet it also has much better suspension compliance than the Porsche.

All three drivetrains tested in the BMW X5 are as brilliant as the dynamics.

Even the 3.0-litre turbo-diesel six-cylinder that claims to sip just 6.2L/100km can work its 190kW of power and 560Nm of torque to achieve a credible 6.9-second 0-100km/h in the X5 xDrive 30d. It is smooth, refined, and offers much less lag and far crisper throttle than the more expensive Range Rover Sport SDV6 tested last month.

The petrol X5 xDrive50i slices 1.9 seconds off the diesel’s time, but needs a fuller 4.3 litres of petrol per 100 kilometres. Or, if you put the 4.4-litre twin-turbo V8 and its 330kW and 650Nm to good use, a frightening 22L/100km, told the trip computer. It sounds superbly cultured, and distantly warbly, though, and is really the engine an X5 driver may not need, but may want.

Perhaps the answer to the want versus need question is the M50d’s triple-turbo-diesel 3.0-litre six cylinder, which makes 280kW and 740Nm, claims a 5.3-second 0-100km/h and just 6.7L/100km. Floored from a standstill it sounds like a deep, growly petrol engine that the driver is upshifting too early in, as the automatic flutters between its ratios changing up at just 4800rpm.

What an auto it is, too, the ZF proving deliciously crisp and steadfastly obedient at all times except when it auto-upshifts at redline…

These drivetrains easily eclipse those in the Mercedes-Benz ML-Class and Range Rover Sport, and not just on paper. All three are shining examples of BMW’s crushing drivetrain expertise.

If only the BMW X5 xDrive30d, tipped to be the most popular specification of the range, combined the best suspension and wheels with what remains a class-benchmark drivetrain. It offers a better engine and value equation than the Range Rover Sport TDV6 that costs almost the same price.

The Works Burger suspension, though, is only available on the X5 xDrive50i and M50d, and without it the xDrive30d feels like a compromise, the decaf-latte of the X5 range.

Focus on the full-fat BMW X5, though, the one with the best of BMW suspension, and the M50d is one of the finest-driving and beautifully balanced – in terms of dynamics and general abilities – premium SUVs on sale, a fair fighter for the glamorous new Range Rover Sport. Just call it Bruce Springsteen… 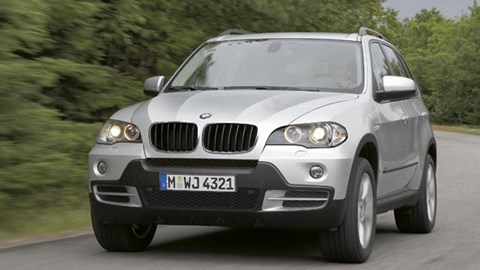 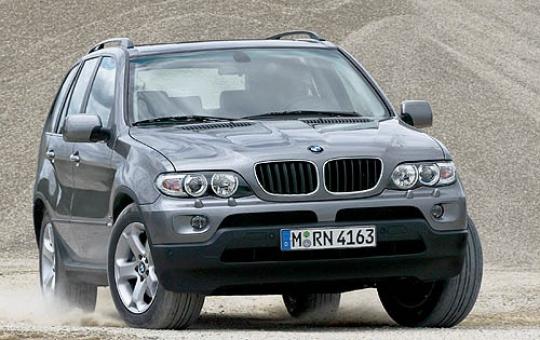 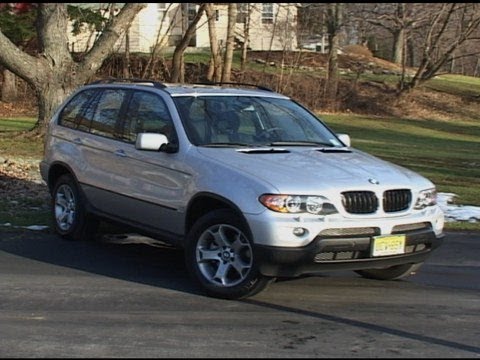 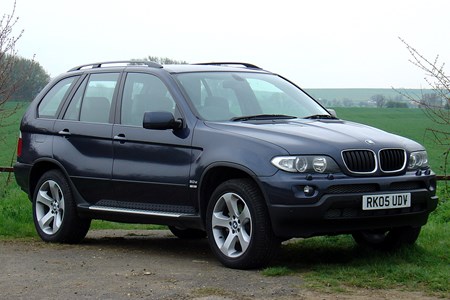 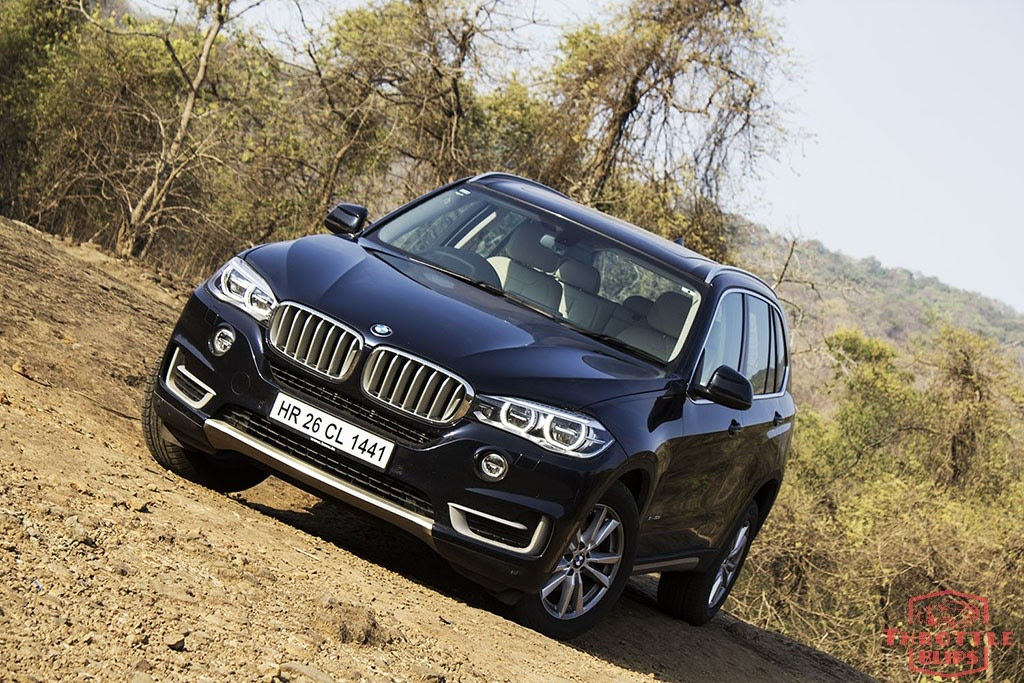 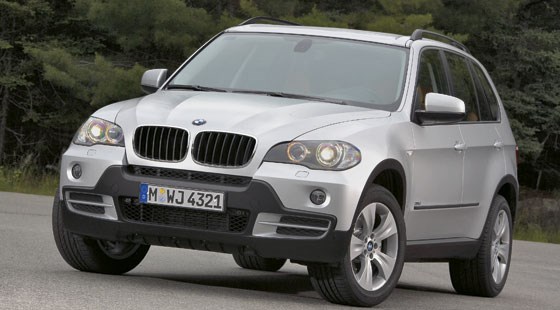 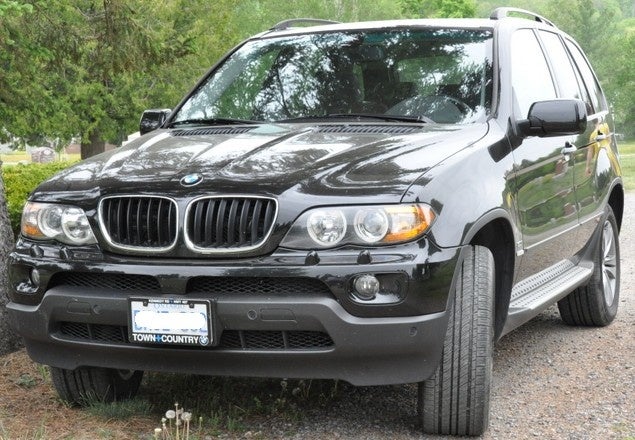 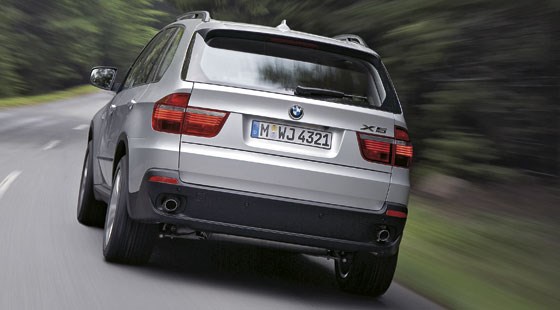 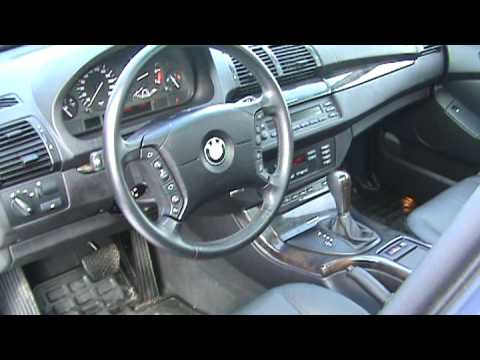 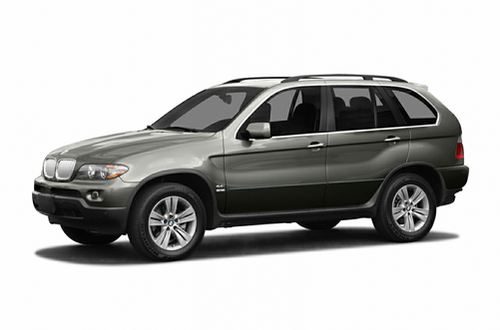 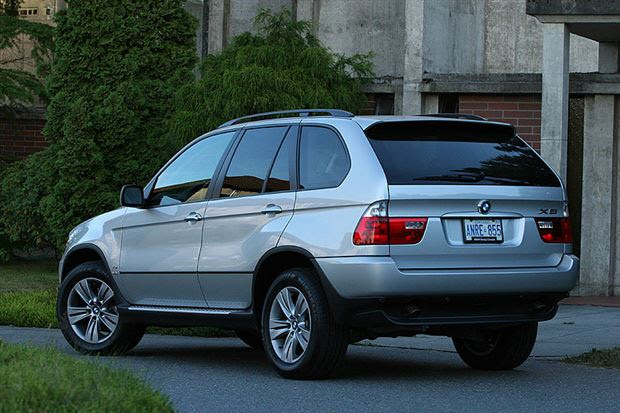 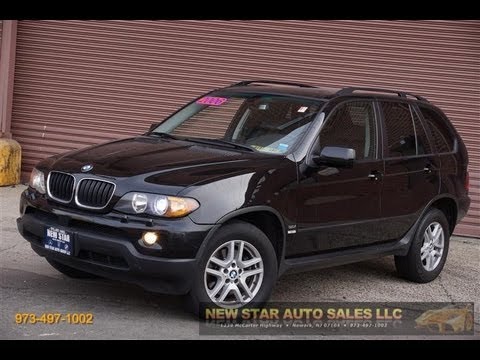