In October, I decided it was time to buy a new car. After years driving a Fiesta ST, I wanted something fast with a big engine, but not too flashy. The BMW E39 M5 ticked all my boxes and was the obvious first choice. But then I stumbled on a Craigslist ad for an E60 M5 with a manual transmission. It fit my $10,500 budget.

If you’re not familiar with the E60-generation M5, here’s a quick breakdown. Built from 2005 to 2010, the E60 was the immediate successor to the E39. It was heavier, taller, wider, more powerful, quicker, and faster. Equipped with a 500-horsepower 5.0-liter naturally aspirated V10 inspired by BMW’s Formula 1 efforts, it could rev to 8250 rpm, and surpass 200 mph with the limiter removed. In North America, the car was offered with a choice of a seven-speed single-clutch SMG automated transmission, or a six-speed manual.

When I first picked the car up it was throwing a cylinder two misfire code. The engine still made good power, but the shudder was noticeable. Strangely, the car’s computer knew of the misfire, but didn’t deem it severe enough to put itself into limp mode. Also, it refused to idle evenly, and burned about a quart of oil every 1000 miles.

A quick spark plug replacement fixed the misfire (the current plugs were long past due), as well as the idle problem. I don’t feel like resealing the motor so I guess I’ll have to stock up on 10W-60 oil for long trips. As for rod bearings—a part infamous for failing on these engines—they have never been replaced, according to the seller. Same goes for the fragile throttle actuator modules. I also have no plans to replace these.

Weirdly, at the very top of third gear, the engine goes into limp mode and reads a “low injector pressure” fault code. It does not do this at the top of first or second gear. A fuel pump, possibly?

The Rest of the Drivetrain

Considering the mileage, the transmission feels pretty good. It takes a little effort to get into second gear when cold, but otherwise, everything works as intended. You can move the shifter side to side in gear a little bit, but it’s nothing major. According to the seller, the clutch is original. Road & Track Editor at Large Sam Smith tells me the gearbox was taken straight out of the 540i, geared for the torquey V8 and not a high-strung V10. That explains why second gear tops out at around 85 mph.

The differential—a part also known to fail on these cars—is a different story. We put the car on a lift and immediately noticed a sizable leak at the shaft input location. When I went to change the fluid, barely anything came out. I put in new fluid, replaced the fill and drain plugs, and ordered a new seal.

There’s a vibration when I set out in first gear and switch into second, which makes me think I need a transmission mount. I’ll probably order engine and differential mounts too.

Oh, also: The power steering seems to lose a lot of its power at low speeds. I’m curious if this is because of a lack of fluid, a bad rack, a bad power steering pump, or something entirely different. I don’t plan on addressing this unless it gets worse.

Oh man. This is easily the worst part about this car. Open the door and you’re hit with a brutal stench of cigarette smoke—the strongest I’ve smelled in any car. Every surface is sticky, and half the buttons stick in the pressed position if used. There are visible stains everywhere, and the leather is heavily worn. The A/C is not functional.

But there are some highlights. All the windows work, as do the power seats and power steering wheel adjuster. The hopelessly unintuitive first-gen iDrive infotainment system is fully functional, as is the gauge cluster. The seat heaters and stereo system are wonderful. If this car didn’t get a consistent nine miles to the gallon, I’d take it across the country in a heartbeat.

Despite what these pictures from ace photographer Jon Harper may look like, the paint is far from perfect. There are dozens of chips along the nose and hood, and a few scrapes along the side and top. There’s a sizeable dent in the roof, and also one on the left rear door. The wheels are badly curbed, and my rear license plate is held on by 3M tape because the screw inserts are missing.

Otherwise, everything is lined up nicely. All the lights work, as do the power folding mirrors and windshield wipers.

I plan on replacing the transmission, engine, and differential mounts sometime soon, as well as the cabin air filters. Right now that differential leak is top priority. I’d like to take this car to at least one track day once everything is in proper working order.

My M5 may need a few things, but it’s genuinely fun to drive, and very fast. It’s heavy, but that engine is unlike anything else. For $10,500, I can't think of any car I'd rather have.

I’ll continue to update you on this car as we put more mileage it... and as more things break. Watch this space. 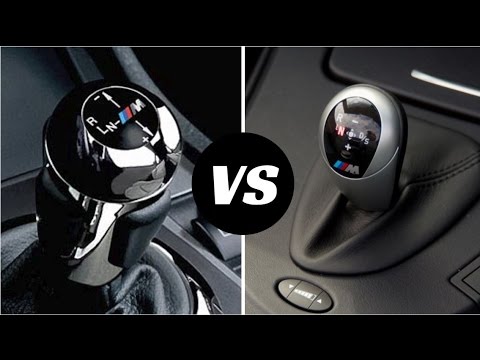 SMG or DCT What's the difference 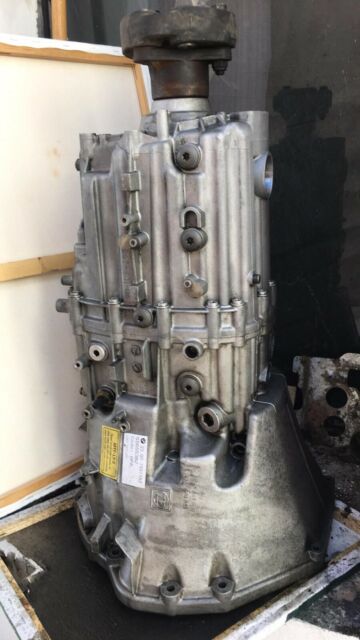 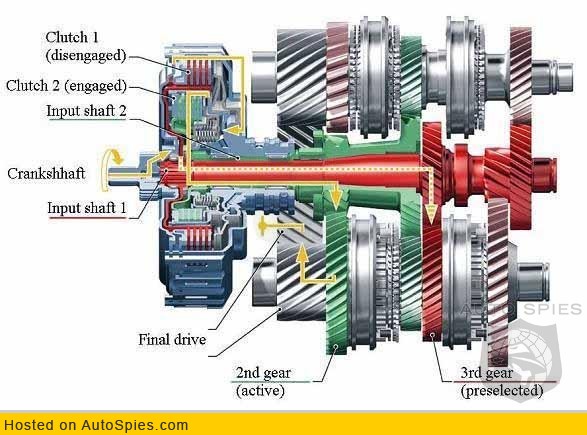 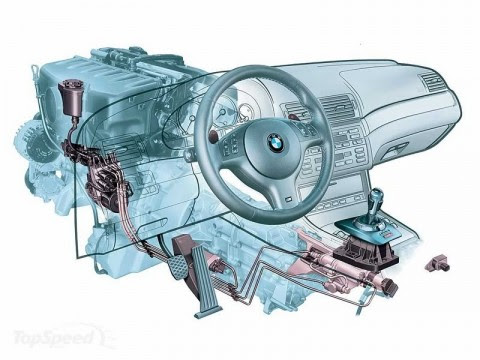 BoostAddict VS Motorsports converts a E16 M16 SMG transmission to 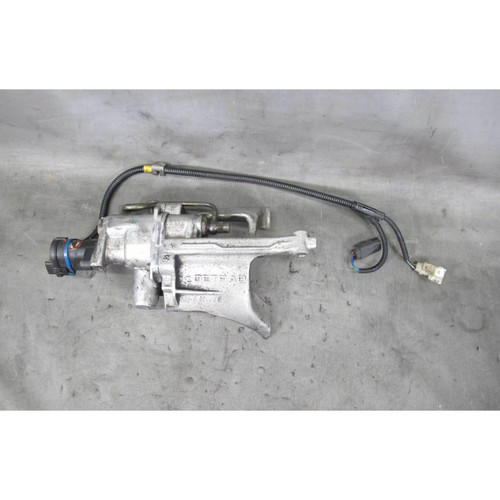 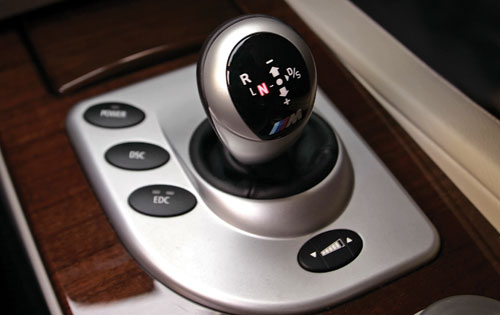 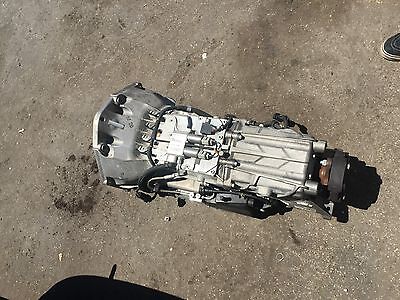 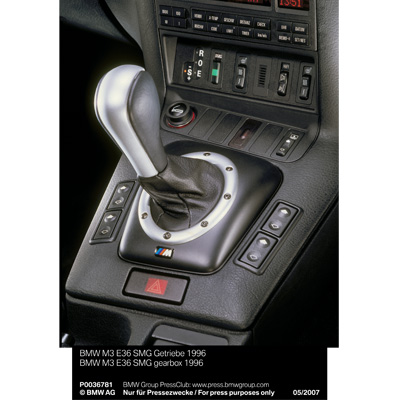 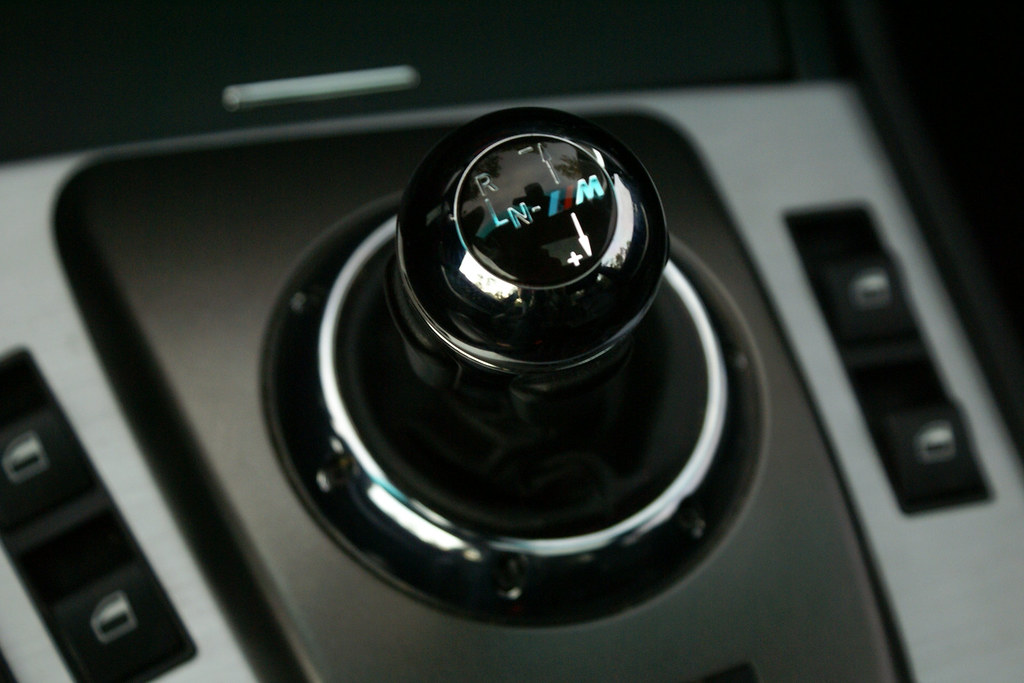 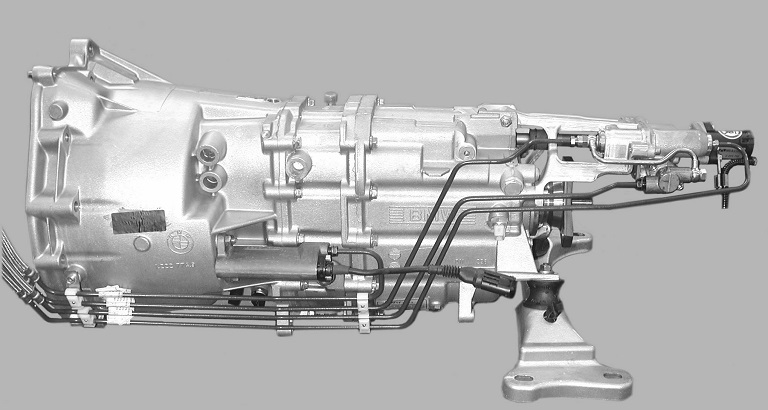 0 Response to "[7] Bmw Smg Transmission At This Month News"