Cars have become expensive, rolling gadgets that are full of screens, speakers, and sensors — but are they actually good gadgets? In our new series, ScreenDrive, we'll review cars just like any other device, starting with the basics of what they’re like to use.

I tried to make it feel natural. I even tried to do it with some flair. I stuck my index finger out, drew dramatic circles in the air beneath my rearview mirror, and waited for the volume on my BMW 530i to turn up. A second passed, and then another. The music stayed low, so I tried my finger twirl again, but this time, I made the circle bigger. The volume jumped from being slightly difficult to hear to blaring. I reflexively flinched and turned down the volume knob. For a car that’s pushing gesture controls as an irreplaceable innovation, I reverted back to knobs pretty quickly. Oh well.

That’s the story of the 2017 530i. It’s a car that’s supposed to represent the future of “state-of-the-art” car technology, but instead of feeling indispensable, most of its tech proved to be confusing, hidden in menus, or dysfunctional. After four days of driving, it seems that BMW has misplaced its focus on design rather than functionality. It is a gorgeous car, though.

The 530i starts at $51,200. The model I drove costs $72,135, and for that price, I tested what should be considered standard luxury fare — a heated steering wheel, built-in massage chairs, and a gorgeous leather interior — as well as all that tech, including the gesture controls, four cameras for an assistive parking feature, a 10.2-inch display, a smaller heads-up display, an electronic instrument display, ultrasonic sensors that worked in tandem with the cameras to create what BMW calls its “driving assistant,” and the company’s iDrive software that powers everything.

The 10.2-inch, 1440 x 540 display sits in the middle of the center console while the heads-up color 800 x 480 display projects onto the windshield for only the driver to see. It displays directions, caller ID, your speed, and the area’s speed limits. You can adjust both where it is on the windshield and what information it displays. The HUD worked best during the day, as it wasn’t distracting, yet was still bright enough to see. It showed up clearly at night, too, but I sometimes found myself trained on it because the projection stood out against dark roads.

On the main screen, you can access six different submenus, including navigation, media / radio, and iDrive settings. These are each arranged as squares on a main menu page that you toggle through. Most of the menus were dedicated to settings, like where the HUD is displayed on the windshield, or car logistics, like how the engine is doing, but they’re easy to differentiate with visual cues. The navigation square shows a preview of a map, for example, and the media / radio square shows the album you’re streaming. The owner’s manual is also buried in these submenus, which exposed me to features I would have never known existed otherwise. It even taught me how to use them with accompanying instructional videos. Yes, this car requires videos to figure everything out, so I hope you have some free time.

Quality-wise, the displays were great: the picture was crisp, the HUD was beyond convenient, and both displays fit with the car’s design. Actually getting them to work with my phone, however, was slightly difficult. First, BMW doesn’t support Android Auto — the company assumes all its drivers use an iPhone. And I struggled to pair my iPhone the first time I got in the car. CarPlay and iDrive don’t play well together, which was made obvious when I realized I had to choose between either CarPlay or Bluetooth. Once I made a choice between the two, I couldn’t swap to the other unless I told the vehicle to forget my device. I should have the choice to be connected wirelessly over Bluetooth and to have my phone plugged in for CarPlay, too. The fact that BMW forces you to make a decision between them is odd, although it’s not entirely bizarre, given the fact that carmakers would prefer that drivers operate within their proprietary software to sell additional services.

Even more frustrating was the fact that I couldn’t figure out how to text with my voice, regardless of whether I was using CarPlay or iDrive's built-in texting functions. I could use the touchscreen to send a message through Siri, but I couldn’t access Apple’s assistant through the steering wheel’s voice control button. BMW says this is an option, but I couldn’t get it to work. I also couldn’t get my phone to natively load messages through iDrive. I Googled and consulted the owner’s manual and still couldn’t figure it out. This is a problem. Once I got my phone connected over Bluetooth, iDrive worked well. I could receive calls that displayed on my HUD, and I could use voice controls to map how to get somewhere with BMW’s software. Still, the texting is an oversight.

Some thoughts on self-parking:

The 530i’s parking assistance can both parallel and perpendicularly park the car while you observe from the driver’s seat. This was a cool feature that was fun to test, although I’m not sure how often I could actually rely on it outside of a review setting. To activate the self-parking feature, you have to slowly drive down the street while in parking assistant mode. The car then begins looking for spaces. It’ll mark open spots with a “P” on the center console, and it’s up to you whether you want to let it park there. So keep in mind, a space with a fire hydrant likely looks great to the parking assistant, but clearly you can’t park there. And if you thought the parking assistant would wedge you into the impossible-to-get city space, that’s not going to happen either. It’ll only identify spaces that are the length of the car, plus around two and a half feet. That’s massive! Luckily, I live in the suburban Queens, New York, or else I don’t think I’d ever have found a spot. The biggest problem with this feature is that it requires you to drive slow and stare at your screen while trying to park, so it’s not great on streets with any traffic. The new 5 Series isn’t a city car.

If you do eventually get your phone connected over Bluetooth, you have a few options for controlling iDrive. The most novel way is with those gesture controls. I was excited to try them because, as I’ve learned after playing around with many gadgets, it’s often a gimmicky and faulty feature. I hoped that BMW had figured out the magic solution to making it an essential form of interaction. Spoiler: the company hasn’t. The gesture controls didn’t always function, and beyond that, I never wanted to rotate my finger in a circle to adjust the volume level or stick two fingers out to end a call. I tried to make the controls part of my driving experience and ended up never using them, although they were still a fun party trick that entertained my passengers. Buttons and knobs have a 100 percent success rate — why would I want to struggle to change the volume with a twirl of my finger when I could just turn the volume knob?

BMW’s voice commands also weren’t foolproof. The system registered people who have a full name in my phone book, like The Verge’s photographer Amelia Krales, but not addresses like 550 West 25th Street, or simple words like “mom.” Why is it always so hard to call my mom?

You can alternatively use the iDrive control wheel, which is supposed to make the main display easier to navigate by allowing you to turn the wheel to access different menus or to push a button to access them. I still prefer to touch my touchscreen. I found the menu layout on the main display to be slightly overwhelming, though, so these wheel buttons could be useful depending on how often you’re switching between menus.

I rarely referenced the main display once I got driving. I only really used it to enter a destination. The navigation layout was intuitive, and I never forgot where to type in an address — there’s a bar on the right-hand side of iDrive’s navigation with a flag icon to remind you. This sidebar made more sense than sticking an address bar in the corner of the screen like other car companies often do. It left the maps undisturbed, minimal, and neat. I’d even go as far as to say the actual maps are on par with Google Maps as far as design, if not richness.

BMW provided live traffic alerts, which are created through mobile data and a built-in SIM card, that supposedly saved me time, although it’s hard to say whether they actually did. The system also recognized points of interest, like Ikea, and flagged gas stations around the city. Its database seemed pretty well built out, at least for New York. The real-time traffic information is standard on the 530i. Generally, the maps worked well. BMW clearly wants you to forego CarPlay for its own software, and the system successfully convinced me to do so, at least to have the navigation show up on the HUD.

For music control, what was especially strange to me was that there was a CD player but no aux jack, or at least not one that I could find. I typically picked my Spotify playlist on my phone before I got driving and then relied on the steering wheel controls to change songs. I even sometimes looked at my phone at stop lights. Sorry, but it’s just easier than finding an artist and song through the Spotify app on a 10.2-inch tablet while driving.

As for cost, well, technology doesn’t come cheap. The gesture controls cost $190, and CarPlay support costs $300. Given that I couldn’t figure out texting on CarPlay or iDrive, I don’t think I’d pay extra for it.

After my spending time with the BMW 530i, I found that most of its featured tech feels more like a flashy fad than an actual iterative addition to the 5 Series. Beyond being almost too much to handle, the tech itself needed tons of explainers in the form of a massive owner’s manual that took me hours to read. Most of my complaints and issues likely have a solution, but it’s unreasonable to ask users to spend their time figuring out how to use their new car. Well-integrated tech should be fairly obvious to both use and discover. It shouldn’t be hidden in submenus or explained in videos on BMW’s YouTube page. Am I a gesture control convert? Not in the least, but thanks, BMW, for confirming that I never want to twirl my finger to adjust volume ever again. 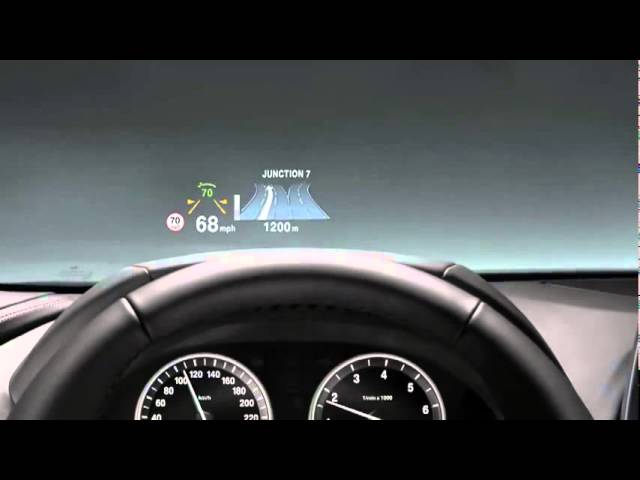 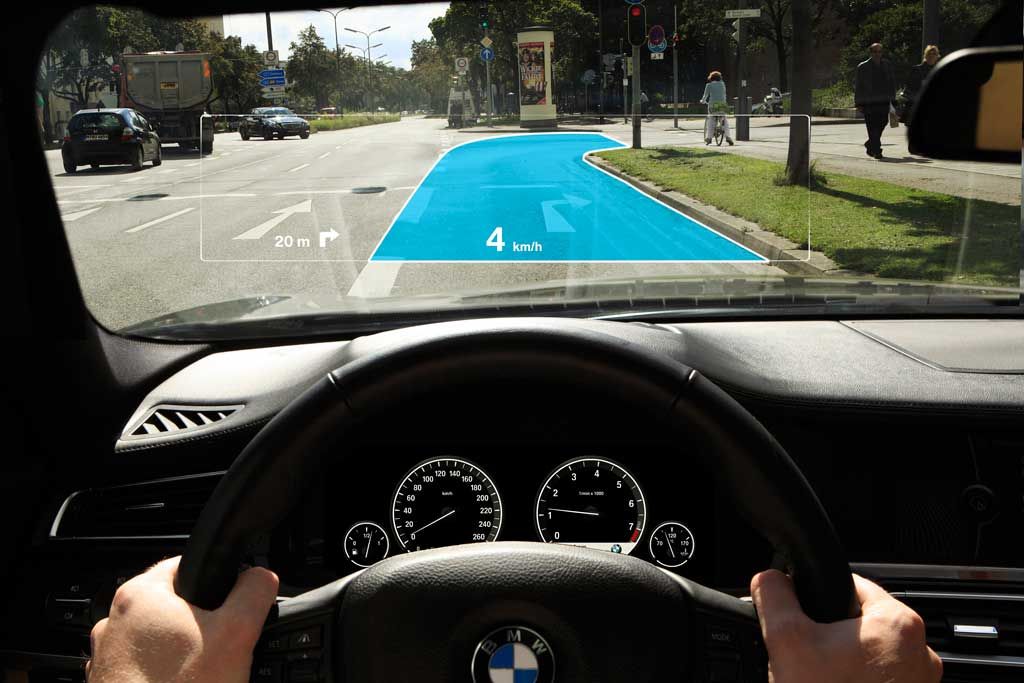 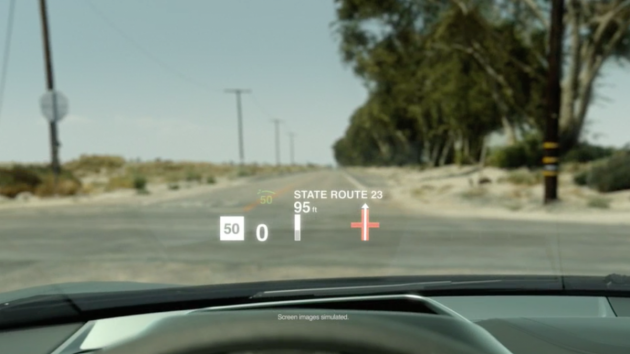 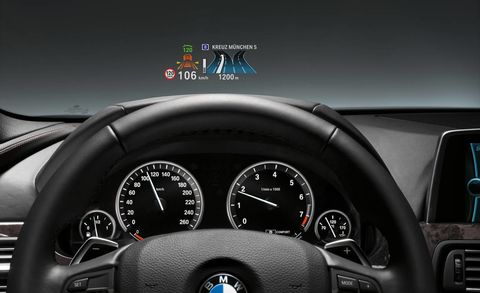 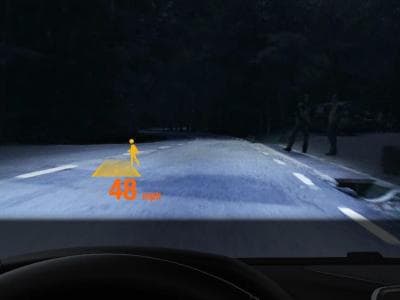 What is BMW HeadUp Display Autobytel 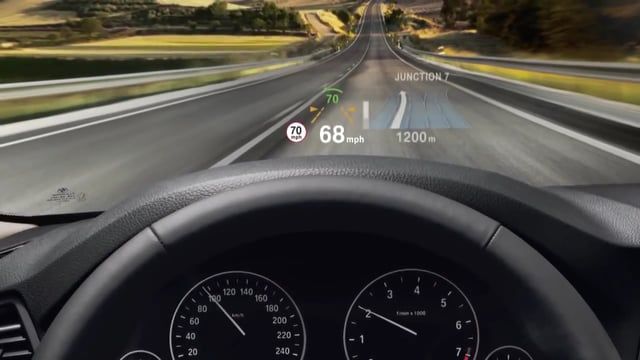 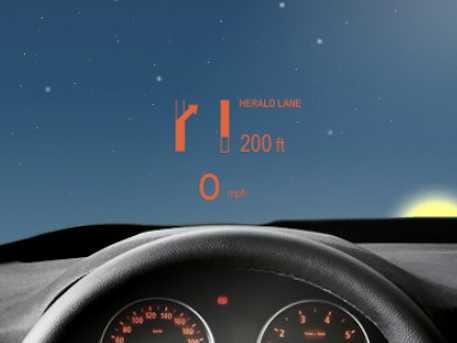 Every Car Should Have A HeadUp Display