[6] Bmw Dubuque On This Year Headline

Rami Eltibi, president of the Tri-State Islamic Center in Dubuque, listens to worship service at the newly constructed mosque on Friday, Dec. 2, 2016. Prior to the new mosque, members of the tri-state area Muslim faith were using the basement of a strip mall to pray.(Photo: Bryon Houlgrave/The Register)Buy Photo

DUBUQUE, Ia. — The man’s voice rings out from the front of the sanctuary and pierces the steady buzz of conversation. A beautiful, supple melody in Arabic asks worshippers to fall silent and draw near.

Dr. Rami Eltibi is the president of the Tri-State Islamic Center in Dubuque. He says the community has welcomed him and others of his faith.

The singer, Rami Eltibi, possesses a powerful set of lungs. But by trade, he’s a man of the heart. He’s an interventional cardiologist at Mercy Medical Center, a heart doctor.

On Friday afternoons, he takes a break from medicine to focus on the spirit. Eltibi drives his black BMW to the city's western fringe, next door to a glass repair shop, where often he sings the “adhan,” or the call to mandatory prayer for Muslims.

Several years ago, there would have been relative few here in this city of 60,000 to answer his call.

But now, Eltibi stands inside a prominent symbol of the local Muslim community’s robust growth: Iowa’s newest mosque. Its minaret pokes skyward at the end of a cul de sac. The front of the building aims toward the holy city of Mecca in Saudi Arabia.

Eltibi, 37, became president in March of this Tri-State Islamic Center and is one of The Des Moines Register's People to Watch in 2017. In the year ahead, he intends to help re-frame the public conversation about his faith,  which was targeted in the months after a divisive election amid vandalism at mosques nationally and reports of bias against Muslims.

Eltibi's mosque, true to its name, is poised to serve a wide region in three states, including an estimated 150 Muslims in the university town of Platteville, Wis., about 40 miles northeast.

Eltibi basically qualifies as a Sunni Muslim, but he rejects even the notion of sects. For him, there is only one true Islam. And it's utterly peaceful.

“Muslims are not as what they say in the media most of the time,” he said. “My religion taught me to be somebody who helps others regardless of their religion. … To bring mercy to everyone without discriminating.”

The doctor faces a daunting task. President-elect Donald Trump recently reaffirmed that he is serious about trying to force American Muslims to register, while temporarily banning more from entering the country. In daily headlines, all of Islam often is unfairly smeared as being synonymous with terrorism. But every faith gets a black eye from its extremists.

"We are normal people," Eltibi said. "We love our family."

He joined a local medical clinic two years ago. He still divides his time between Dubuque and Baltimore, where his wife is a pharmacist and professor of public health at the University of Maryland. They have three children, ages 9, 8 and 2.

But this is the family's home. He's part of a unique, open conversation about religion in Dubuque. A group called Children of Abraham helped to blaze the trail six years ago when a Muslim, a Christian and a Jew began to convert their private conversations into a monthly public meeting.

Rami Eltibi, president of the Tri-State Islamic Center in Dubuque, speaks at the newly constructed mosque on Friday, Dec. 2, 2016. Prior to the new mosque, members of the tri-state area Muslim faith were using the basement of a strip mall to worship. (Photo: Bryon Houlgrave/The Register)

How Muslims, Christians and Jews talk openly with each other in Dubuque could help change the world

Professionals, students mix at the mosque

Eltibi was born in Tripoli, Libya, but grew up in the West Bank city of Tulkarm. His father, a doctor, and his mother, a nurse, instilled in him his dual passions for medicine and religion.

His young life revolved around the local mosque and daily prayers. But he also lived among Christians and Jews, watching his parents treat all their patients with the same respect regardless of faith.

Eltibi made his way to America via medical school at the University of Jordan in Amman, and then Brown University in Rhode Island.

He’s among three interventional cardiologists now involved in the Tri-State Islamic Center. This Muslim community in many ways is fueled by an influx of professionals. Some work in medicine, and more work for John Deere or IBM.

Through incremental progress, the center raised nearly $600,000 to build the mosque, after an earlier investment of $200,000 to buy the land. (About one-fifth of the sum was solicited beyond Dubuque, in Cedar Rapids, Chicago and other cities.)

This is the mosque’s fourth home after humble beginnings on a local college campus and in a family’s basement. Its most recent address was in a strip mall, sandwiched between a hair salon and a karate club.

Rami Eltibi, president of the Tri-State Islamic Center in Dubuque, poses for a photo before leading a prayer service at the newly constructed building on Friday, Dec. 2, 2016. Prior to the new mosque, members of the tri-state area Muslim faith were using the basement of a strip mall. (Photo: Bryon Houlgrave/The Register)

A psychiatrist in Eltibi’s medical practice, Adib Kassas, serves as volunteer imam, or spiritual leader. He's also one of the three co-founders of Children of Abraham.

“Today, my brothers and sisters,” Kassas said last month, “I’m standing humbly in front of you in the mosque that was established by people of Dubuque who serve Allah.”

He stood in front of about 70 men of all ages who lined up in neat rows and sat, knelt or stood depending on when they arrived and when they prayed.

Some were young college students in baggy hoodies. Others were middle-aged professionals in suits and ties. Still others wore more formal, colorful “thobes,” traditional ankle-length garments of Arab men.

Erin Ogborn and her husband, Mohamed Mustafa, both work for John Deere. She’s a specifications analyst on the production line that manufactures backhoes. They’re now raising three children in the Muslim faith, ages 9, 12 and 14.

Ogborn, from Peoria, Ill., met Mustafa as a fellow student in the computer lab at Bradley University in Peoria, where she was studying philosophy and religion. She found her way to Islam in part through a deliberate, rational study of the Quran. She marveled at the holy book's treatment of everything from deep sea waters to human embryos.

“The science of all of it has really made me a believer,” she said.

Nasuh Khatid, an 86-year-old John Deere retiree, lives in Illinois but still attends the mosque. Originally from Damascus, Syria, he has watched the community grow over the last decade.

Sultan Alessa is a prime example of the mosque's booming demographic: a student at the University of Dubuque.

A decade ago, the University of Dubuque had 37 international students, and more than one-third of them came from China and South Korea.

Today there are 207 international students, and more than 70 percent of them hail from Saudi Arabia, often drawn by the computer curriculum.

'We still give you love and respect'

Tawil leads Iowa’s most famous mosque: the “Mother Mosque” in Cedar Rapids that opened in 1934 and remains the oldest surviving mosque in North America.

Mosques and Islamic centers in other cities — including Waterloo — were vandalized during what Tawil called a "very hateful" presidential election.

"There are a lot of remarks that were made that shook the people and made them react," he said.

The Council on American-Islamic Relations last year tracked at least 99 incidents nationwide in which mosques were targeted by bias, an uptick from 78 in 2015.

The only reported reaction at Eltibi's mosque was a counter move: a pot of flowers left anonymously on the doorstep. It included a handwritten note: “We still give you love and respect, our Muslim friends!”

"People talk about Dubuque that they are kind of an exclusive community,” said Kassas, “but I didn’t see that.”

Yet that simple gesture of a flower pot was preceded by a sustained conversation throughout the city that seems to have made a real difference.

A bouquet and note were left on the doorstep of the new mosque in Dubuque as reaction to the spate of vandalism to mosques in the wake of the presidential election. (Photo: Special to The Register)

One of the next steps for the Tri-State Islamic Center would be to hire a full-time imam to tend to its growing flock.

That would help further Eltibi's stated goal: "to show people the real Islam.”

One of his Christian allies, John Eby, another Children of Abraham co-founder, believes that the doctor and his mosque, even from this humble corner of Iowa, can help bridge the global gulf between religions and cultures.

There's a difference, Eby said, between hope and optimism.

Optimism tends to deny reality, he explained, just like pessimism tries to skew reality to fit its perspective.

“Hope is different than that,” he said. “Hope acknowledges reality, whether it’s positive or negative. But it’s constantly and relentlessly aware of the capacity for transformation.”

The minaret that pokes into the sky here, then, and the good doctor who sings in the sanctuary below, are signs of hope.

Kyle Munson can be reached at 515-284-8124 Media See more of his columns and video Media Connect with him on Facebook, Twitter and Instagram (@KyleMunson) and on Snapchat (@kylemunsoniowa).

Members of the Muslim faith pray at the new Tri-State Islamic Center in Dubuque on Friday, Dec. 2, 2016. Prior to the new mosque, Muslims from the tri-state area were using the basement of a strip mall. (Photo: Bryon Houlgrave/The Register)

These are central Iowans in business, arts, nonprofits, civic activism and unelected government positions who are expected to make a difference in their fields of endeavor in 2017. Readers were invited to submit nominations. Selections were made by Des Moines Register editors and reporters. Look for profiles daily through early January.

With this story Media see profiles of: 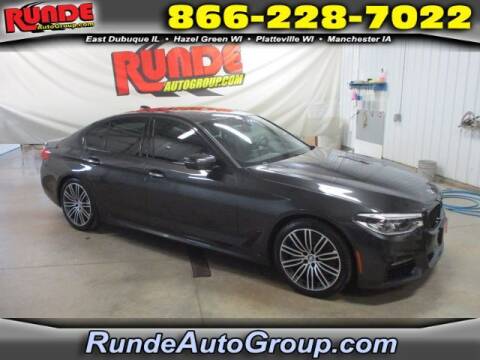 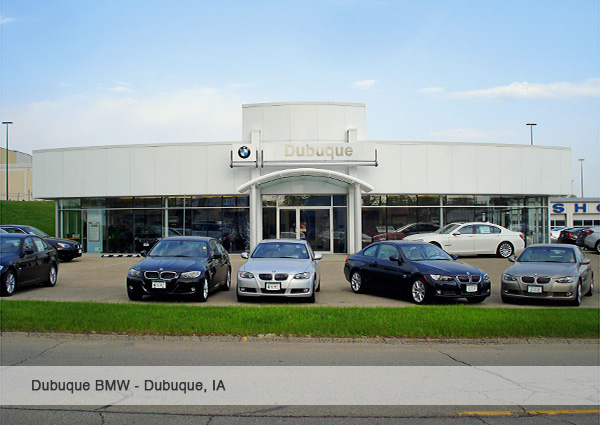 0 Response to "[6] Bmw Dubuque On This Year Headline"