2009 BMW Z4 – Click above for high-res image gallery The all-new 2009 BMW Z4 Roadster is the eagerly anticipated replacement to both the Z4 Convertible and Z4 Coupe. Adding to this pressure, the two-seater is also tasked with satisfying the enthusiasts who enjoyed the high-performance M variants, both of which are discontinued – at least for the moment. Autoblog just spent a long day behind the wheel of the multi-role Z4, dissecting the Roadster's styling, ergonomics, chassis, powerplant and handling. How does the Z4 masquerade as four different models? Is it a credible replacement for one, or all? Most importantly, will the Z4 appease the enthusiast? Find out after the jump.

The all-new 2009 Z4 is BMW's fifth roadster offered during the past two decades. The first model was the late-80's steel and composite two-seat BMW Z1. It never made it to the States, but its influence paved the way for our U.S.-built BMW Z3 in 1996. The drop-top Z3 started life with a four-cylinder, but that didn't matter at the time as the roadster was inexpensive to own and a hoot to drive, even if it was based on the dated E30-platform's 3 Series mechanicals (not to worry, as later variants received the M-division's hot inline-six). The Z3 was followed by the M Coupe, with styling that lifted more than a few eyebrows and performance that extinguished any doubt about its capabilities. BMW followed the Z3 with the limited-production Z8 in 2000. The aluminum-bodied roadster featured an M-sourced V8 under the hood, and exclusivity that drove the secondary market wild, at least for a while.

The first-generation Z4 debuted in 2002. Larger and more sophisticated than the Z3, it was also built in South Carolina like its predecessor. A series of six-cylinder engines offered increased performance, and a power-operated cloth top kept the elements at bay. Again, following the pattern set with the Z3, BMW eventually introduced high-performance M models and a sleek hard-top variant that set some enthusiasts on fire.

Killing two birds with one stone, BMW has altered the formula significantly for 2009. While the Z3 and first-generation Z4 were offered in both soft-top roadster and fixed-roof body styles, the German automaker is offering just one retractable hardtop model this time around. While that approach effectively accomplishes its objective, a folding hardtop adds complexity, weight, cost, and it seriously taxes luggage space. In another drastic move, BMW has also shifted Z4 production back to its German facility (allowing the Spartanburg plant to focus on the X3 and lower its price).

Artfully sculpted, the clean-sheet Z4 Roadster looks remarkably similar to the Z8 (in fact, they nearly share dimensions), itself an aluminum-bodied roadster that acknowledged the classic and timeless design of BMW's 507 roadster from the 1950's. Immediately recognizable as a Z4, however, the new two-seater features a long hood, blacked-out A-pillars, flowing character lines, and a cohesive tail treatment that adds an upscale yet more traditional look to the second-generation model. The overall package looks great in pictures and even better in the metal.


Like the exterior, the passenger cabin doesn't disappoint. Softer, warmer and more cohesive in overall execution than its predecessor, it envelops the driver and passenger in leather, high quality plastics and rich wood or aluminum trim. The speedometer and tachometer take center stage, with fuel and oil temperature gauges set immediately below. Round HVAC controls occupy the middle of the dash console with the audio controls at the bottom and the available flip-up NAV above. Driver and passenger are separated by the transmission tunnel, where the gear selector, next-gen iDrive controller, electronic parking brake and the switches for suspension settings, roof position and heated seats are all conveniently placed atop its mound.

Emblazoned on the front quarter panel is the automaker's awkward nomenclature (which has finally caught up to the Z4). Buyers choose between the "Z4 sDrive30i" and the "Z4 sDrive35i." Simplified, the sDrive30i is the entry-level model with the normally-aspirated powerplant and an abbreviated list of standard features. The sDrive35i gets the two turbochargers, bigger brakes, a larger tire contact patch out back and more standard creature comforts. Visibly differentiating the two are the accents on the front grille (silver treatment on the sDrive35i), the exhaust outlets (dual chrome exhaust on the sDrive35i), and fancier wheels.


Climbing into the driver's seat, your author's six-foot two-inch frame fit comfortably. The legroom feels nearly identical to the Porsche Boxster, but the Z4 offers a bit more shoulder room. In typical BMW fashion, all controls are easy to use after a bit of familiarization (even the next-gen iDrive is starting to make sense). The three-spoke steering wheel is small in diameter but very thick. Outward visibility, regardless of whether the top is stowed or raised, is excellent. Ah, the top... The multi-piece retractable hardtop is a masterpiece of engineering formed from lightweight aluminum and with a heated glass rear window. It automatically drops out of sight in about 20 seconds at the touch of a button. Retracted, the top disappears completely from view. Like the Mercedes-Benz SLK, the vanishing roof effectively limits passengers to soft baggage in its small rear luggage compartment (the Z4 offers a pass-through for golf bags or skis) and Porsche's Boxster continues to lead the trio with not one, but two decent-sized luggage compartments thanks to its mid-engine placement.

We drove nearly all of the variants, but most of our time was spent in a Deep Sea Blue Metallic sDrive35i with a six-speed manual. The entry-level Z4 sDrive30i starts at $46,575 (including destination). Our Z4's base price of $52,475 rocketed to $65,345 with a handful of options (Sport Package, Premium Package, Premium Sound, Navigation, Ivory Leather and more). Regardless of how much equity is left in your home or cash in your PayPal account, that is going to make a big dent. We don't need to remind anyone that $65,000 will also deliver a hot Mercedes-Benz SLK55 AMG or a razor-sharp Porsche Boxster S with your name typed on the title. Nevertheless, the money is less relevant than the driving experience at this price point, so let's see how she rolls...


A push of the start button brings the 3.0-liter twin-turbo six to life. Our right hand presses the switch to release the electro-mechanical parking brake, and we put the Z4 into gear. We travel no further than the end of the driveway when we pause. Something under our fingertips does not feel right. While it is obviously not broken, the electric power steering is uncharacteristically light and numb for a BMW. A bit more than baffled by this early misstep, we suppress our thoughts by stepping on the gas and heading for the highway.

We put about 250 miles on our Z4 Roadster in one day on the outskirts of Los Angeles. The rear-wheel drive BMW took us across highways, through the quaint (but road construction-laden) town of Ojai, and then up Hwy 33 through Lockwood Valley into Frazier Park. A short detour on a near-empty two-lane road led us up to the summit of 8,300-foot Mt. Pinos before we wandered back into the LA Basin on the highway again. We really couldn't have asked for a better playground to romp with the Z4.


Traveling up Highway 101, the Z4 shines. BMW references a newfound "maturity" and refinement, mannerisms that are immediately apparent at cruising speeds of 60-80 mph. The chassis is very rigid, with the stiffness allowing the suspension to soak up undulations with aplomb while keeping passengers isolated from the harshness. The extra couple hundred pounds of weight over its predecessor is felt, but in this arena, it works to improve the ride. Compared to the sporty Z3 and first-gen Z4, both jittery highway travelers, the second-gen roadster reminds us more of the sedate – and much more expensive – Mercedes-Benz SL-Class. Even with all of the windows down, and without a wind blocker between the seats, air management is acceptable.

On the road, the power from the blown six is impressive (except for a bit more engine cooling and a different exhaust, it is unchanged from its configuration in other "35i" models). Gobs of torque down low put the power to the ground at nearly any engine speed. In stock form, it should run neck-to-neck with the Porsche Boxster S and close to the Mercedes-Benz SLK 55 AMG (an inexpensive ECU retune will leave both of those bad guys in the Z4's twin contrails). The six-speed manual transmission has been reconfigured with a shorter and more deliberate throw. It works exactly as advertised (think of it like a factory version of the aftermarket "UUC Motorwerks" short shift kit). We only wish it was standard on all BMW 6MT variants.

Leaving the ho-hum highway at nearly sea level, we drive through the artisan community of Ojai heading for the Los Padres National Forest more than a mile up in elevation. Our test model was fitted with the $1,900 Adaptive M suspension. According to BMW, "sensors measure relevant acceleration and adjust the damping within hundredths of a second." With high expectations, we set it on "Sport" before throwing the Z4 into the climbing canyons.

Again, we immediately notice something amiss. Even on the firmest "Sport+" setting, there is far too much body roll. On many bumpy corners we find ourselves compressing the shocks completely to the bump stops. The jarring on the chassis unsettled our mental state more than the roadster, which admittedly remains composed throughout our trauma (even if it has run out of suspension travel). There are meaty 255's on the rear wheels, but they just don't feel that wide as the rear end steps out and stability control reins things in. Once again, we are left shaking our heads thinking, "This is supposed to be a refined Z4, right?

As the asphalt tightens, the roadster's beautiful styling also starts to work against it. The pedestrian-friendly hood is long... really long... like Granville Brothers "Gee Bee" airplane long. With that much vehicle in front of the driver and the pilot's seating position low and only inches from the rear wheels, it's difficult to ascertain exactly where the front wheels are. Mix in a bit of low steering effort, add a touch of numbness, and recall our suspension issue and you verily have a dimly lit bulb. The Z4 that shines so brightly during normal driving frankly fizzles in the canyons. We are not enjoying ourselves. How can a direct descendant of the Z3 forget how to dance?

We meet Interstate 5 once again at the Tejon Pass near the southwest end of the Tehachapi Mountains. With the top up and our cabin sealed tightly, we make good time through the Los Angeles traffic as it begins to congest. The time passes by as we tinker with the sweet audio system and enjoy the intuitive NAV system with its clear eight-inch display. Hushed in its coupe role, the Z4 is comfortable, content and polished as it covers the mundane miles home... while we are left to ponder our impressions.


After some thought, our take is that the all-new 2009 BMW Z4 is a world-class convertible hardtop roadster. However, it has purposefully grown and matured at the hands of its maker. As a result, the Z4 is apparently no longer interested in toying with the boyish Mercedes-Benz SLK and Porsche Boxster. Its fresh civility introduces elegance and class at the expense of youthful playfulness. Its new size, weight and price hammer the message home. If you are seeking a luxurious German roadster/coupe in one tidy package, this just may be your ideal vehicle.

On the other hand, if you are a weekend track junkie or a canyon carver, the new Z4 may not illuminate your socket. Don't fret, until BMW rolls out the rumored Z2 (or a Z4 Motorsport variant in a couple years), there are other alternatives out there, and besides, you can always pick up a last-gen certified pre-owned Z4 if you're a committed Bimmerphile. 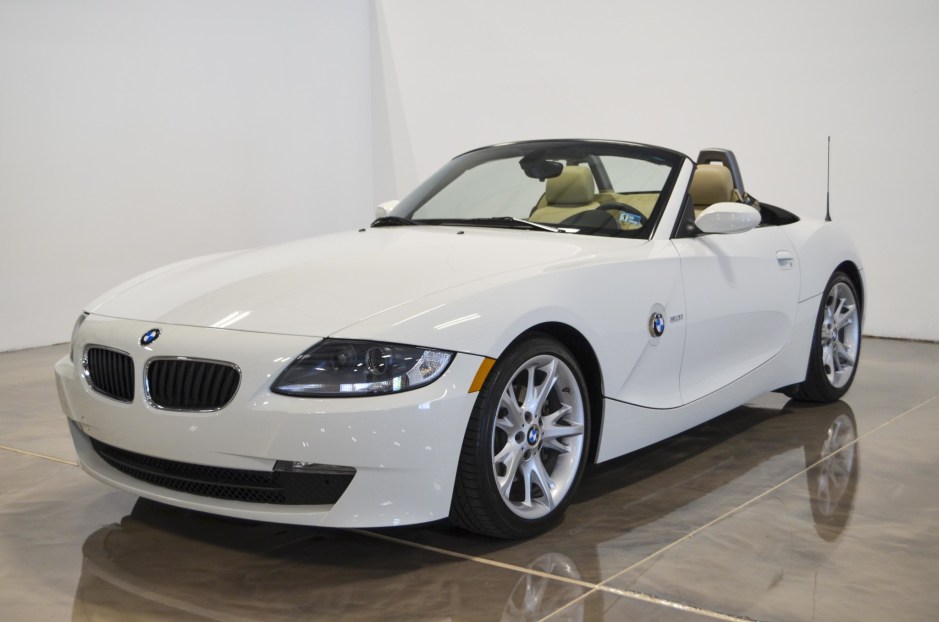 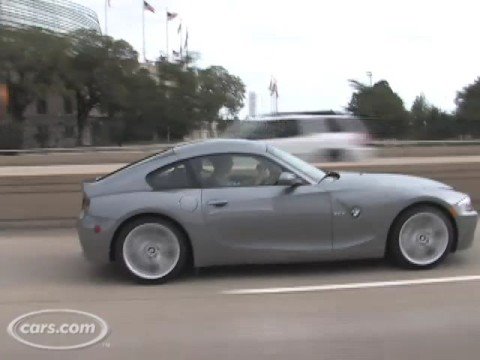 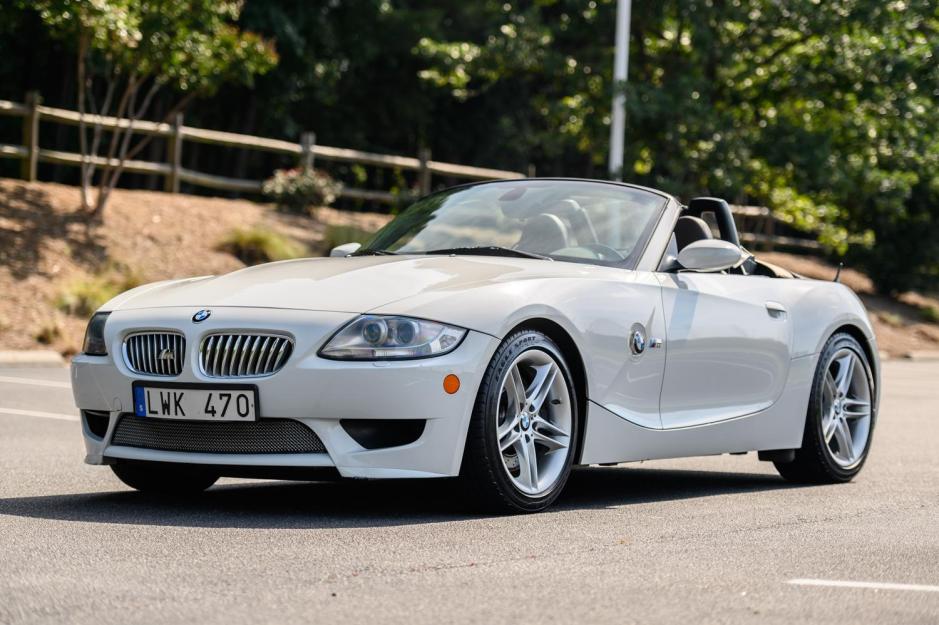 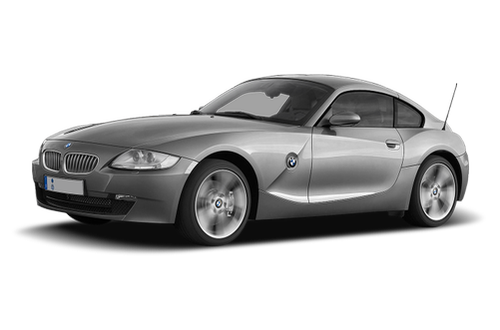 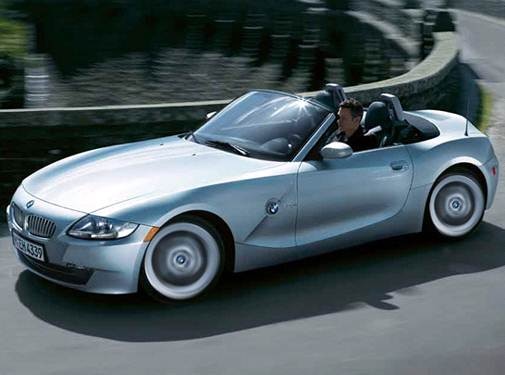 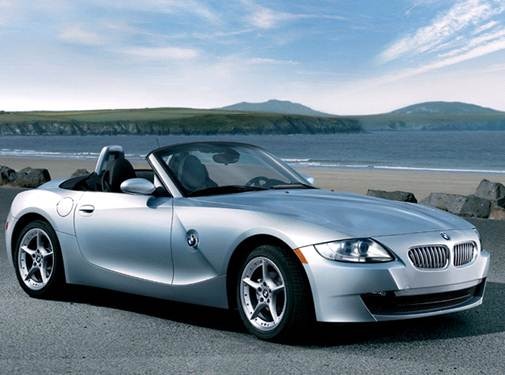 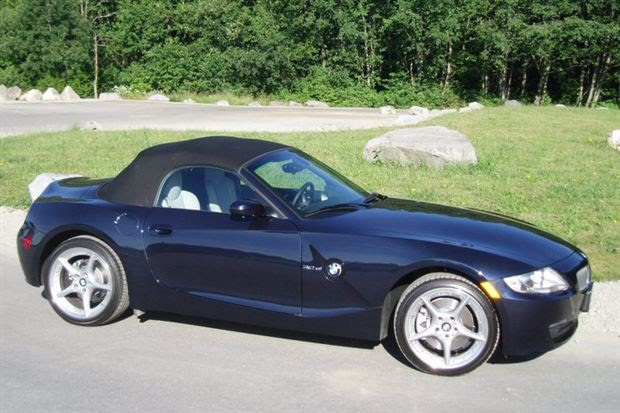 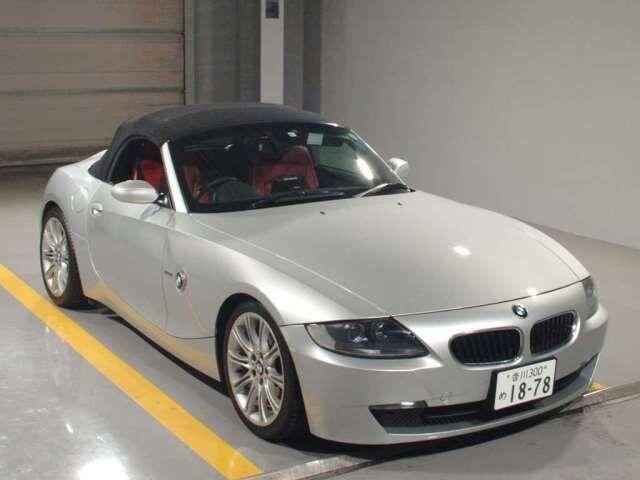 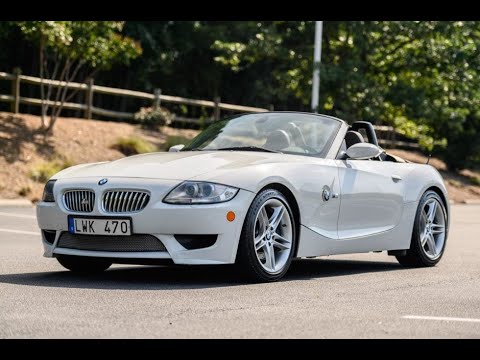