From a luminous 'E12' through to the latest 'G30', meet the 5 family. Time to pick a favourite

The design is as prim as the paintwork is primrose. Forgive it, this was the 1970s. But this is no irrelevant period piece. This car is the genesis and nucleus of BMW these past four decades.

The first 5 Series launched in 1972, and reinstated BMW’s pre-war ‘series’ naming structure. The 5 Series sat in the middle of the saloon lineup, the 3 Series followed below in 1975, the 7 Series above in ’77. And then gradually so many BMWs filled in the spaces that existed (or were forced to exist) in between.

The BMW museum has assembled us the entire 5 Series timeline. One from each of the six generations, right up to the new one.

So step aboard the first of them, the E12. Its design, boxy to our eyes, was was pretty rakish for the day, and very clean.

With a muted, precise bank-vault thunk, the door shuts behind you. Snuggle down into the pillowy-soft corduroy seat. Those two huge BMW dials moon back at your eyes, and the dash is a blocky construction, but its teutonic logic seldom fails. There’s the odd lovely detail, including a clock sitting in the middle of the fan-speed knob. Or rather ‘Lüfter’. English and pictograms weren’t yet the universal language of car dashes. This one is plastered in deutsch.

The screen is upright, the pillars thin, the visibility fantastic. It’s all very period, but these are things we’ve lost with some regret. The only thing that stops me seeing out on this rainy day is the feeble wipers, operated by an equally spindly unmarked stalk.

This 528 is a 1975 example, and quaintly enough breathes through a pair of carburettors. Sports saloon? Hardly. The engine makes 165bhp, and sounds strained. Is strained actually, swindled out of most of its vivacity by a three-speed autobox that slurs up a ratio at absurdly low revs. If you swing the butterflies hard open, it’s six-smooth but still breathless.

People said the Alfa Romeo Alfetta was a much better drive. But the BMW still bowls along with a great sense of strength

It weighs almost 1,400kg, and it feels like a bit of a boat. The huge steering wheel moderates your inputs but even so the main sensation afterward is body roll, and frankly the handling isn’t very predictable. The ride floats. Looking back at my BMW books, it seems this car was seen as fairly soft by BMW’s previous standards. People said the Alfa Romeo Alfetta was a much better drive. But the BMW still bowls along with a great sense of strength.

The surfaces are a little more curved, but really the E12’s design has evolved little for the E28. Inside, there is more development. It’s starting to feel more like a BMW, thanks to better details: the plastics mate and match better, the lines are smoother, the minor controls and switches and warning lights use a cohesive set of symbols. No more German.

Under the bonnet of our example is something completely different. Still an inline six. But a diesel. BMW’s first, and it immediately redefined what people thought was possible for diesel performance and quietness.

But that was 1983. It’s noisy by today’s standard, and clattery. So I start out gingerly using few revs. Noisy and awful slow. My mistake. Get the turbo to wake up, and from 2,500 to 4,000rpm it’s actually rather useable, quick enough not to be a liability and mixing some straight six harmony over its dieselly vibes.

A slick five-speed box helps get the best out of it. I could enjoy this. At a cruise the noise dies away too. The ride is still soft, the whole thing roly-poly.

Then corners. It’s lashing down. Traction control hadn’t been invented (ABS had) but with so much weight and so little power I might as well get on the power.

Mistake number two. It’s on brand-new unscrubbed tyres and the tail swings luridly outward. Sure it’s catchable, but it happens all the time. Lift-off, power-on. Can’t see that BMW would have expected its customers to go like that for much longer.

The next 5 Series proves it.

Crikey, have we missed a generation? No, BMWs have historically done this: a generation of evolution, then one of revolution. This is very much the latter. The E34 sweeps away the old-car quaintness of the earlier 5 Series. It’s a refined, stately car fit for today’s roads. A lot of BMW forum inhabitants say this was one of the best-built BMWs ever.

The outside has confidence and strength, and a modern stance on its big BBS wheels. The headlights are ellipsoid, the wipers super-effective.

The cabin has the thick pillars and swept-back screen of a modern car too. Maybe a shame, but its upside is a terrific cohesion. All the surface finishes match, all the instruments and switches are backlit exactly the same colour and brightness. The one-switch-for-one-function ergonomics are fine because there are few functions than we’d have now. It does get a bit buttonlicious in the case of the trip computer, mind you.

It’s solid, smooth and quick. This one’s quick anyway. It’s got a V8, a 286bhp V8. It sounds cammy and mechanical, smooth and European. Not like an exhaust-heavy American V8. It rewards revs, and the five-speed auto will let it have them.

But it’s still soft. The seats set the tone, and it’s echoed by a suspension that’s at ease with pitch and roll. It smothers bumps. They’d got semi-trailing arms to work pretty well by this stage, but when it lets go it’s still sudden. Still, ESP was a thing by then. There’s also less steering feel than you’d expect. At this stage, the 5 still used a recirculating ball setup.

Anyway, the V8 was the autobahn muncher and the American dentist’s version. More lithe of the E34s was the 535i six. Or the last of the six-pot M5s.

On the outside, another evolutionary change. But under the skin, big stuff was happening.

There’s an all-new chassis. A new generation of electronics gives more chassis control and an actual nav screen. A pretty rudimentary one, but still. The steering wheel is covered in buttons.

This is a 528i. An injected straight-six, heart of the range (though even the 520i was a six at this stage). It’s got 774km on the clock. Honestly. I feel a bit unkind driving it at all, as every turn of the crank denies it a significant portion of its newness. But if I’m going to drive an unblown BMW straight six, I’m going to rev it.

Oh and what a joy, a sharp response, an ever-stronger pull and a zinging song. This is what we came for.

Well the chassis is even nicer than the engine. The multi-link rear axle transforms things, because the engineers could (and successfully did) optimise it separately for sharp handling and a smooth ride. It’s all made of aluminium so the car weighed little more than before. And at the front end, the fours and sixes got rack-and-pinion.

The result is precise, plausible steering, and a chassis that feels beautifully tied down. Yet the ride is still supple by modern standards.

Every quality of this 5 Series gels beautifully with every other. It feels like the peak of a development avenue.

And it turned out the E39 is the end of one story. The E60 is the next. Styled under Chris Bangle, it has more hard-edged, serious, sombre styling. Inside, it’s stripped of its clubbiness, going for a simpler but colder – even brutal –  aesthetic. That was possible because so many of its interfaces are now poured into iDrive.

The M5 threw away the AFS and the Valvetronic, and instead had a magical crazy-revving race-sounding V10 and utterly scintillating, connected steering. It was my favourite M5 of all

Which doesn’t work well in this early iteration. It’s laggy and confusing and simple tasks have you endlessly climbing back to the top-level menu then burrowing down a new wormhole.

Worse were the mechanical changes. This was the 5 Series that brought you Active Front Steering, a confusing and feel-robbing setup. At least it was an option. The base engine, come facelift time, was the four-cylinder Valvetronic, a flat and unenthusiastic thing in this early incarnation. The front end of the body was made of aluminium, good for weight distribution but less good, before they modified it, in NCAP. And don’t talk about the early run-flat tyres.

This one’s a 545i. That’s a 333bhp V8, with a six-speed auto. It gives authoritative speed. But, but but. The active steering is unpleasant, and the ride’s got a sharp-edged jiggle from those tyres.

Instead I’m thinking kind thoughts of the E60s with sensible spec – the cheaper six-cylinders without the active steering or active anti-roll cars. Or the one-car-for-everything 535d Touring.

Most of all I’m thinking about the M5. That threw away the AFS and the Valvetronic, and instead had a magical crazy-revving race-sounding V10 and utterly scintillating, connected steering. It was my favourite M5 of all.

These days the 5 Series has gone back to the luxury role it had in its early generations. Drive the outgoing F10 or the new G30 and you get a car that feels definitely less agile than a 3 Series. Its body motions are calm, its suspension serene. They drip with life-easing technology.

Not that you can’t crack on. This is a 535i, which means masses of subtle turbo poke, accessed at will through the attentive eight-speed autobox. You can corner at bananas speed too, and the handling is precise to the limit and well beyond. It’s heavily adaptive, its character reacting to the road, your driving style and the position of the console rocker switch.

Even so, hitting Sport+ doesn’t bring a whole lot of involvement here. The F10 doesn’t goad you to crack on. It’s so refined and dignified and it somehow expects you to be too. Even the extraordinarily fast turbo V8 M5 doesn’t readily open its soul to you.

The Jaguar XF has its legs as a driver’s car but still the F10, as it got to the end of its life last year, managed to be the default choice for big-car competence and refinement. It has that perfectly developed nature, like the E39. Everything that’s on it just works a treat, and it’s all peachily in balance.

The G30 is another visual evolution, but as with the E39, there’s massive change beneath. Almost all the structure and mechanics are re-made in pursuit of lightness and refinement. Its chassis more adaptive than ever. It’s all ready for heavily hybridised power, and for autonomous driving. It’s cloud-connected and knows more than you do about your life. Well, it thinks it does. Maybe one day.

Still, when you sit in and drive it, things are very familiar. It actually manages to be more agile and yet more comfortable, and actually there’s been no sacrifice in driver engagement compared with last time. That’s a great achievement. The adaptive chassis manages to think like you do too, to the point you forget it’s there, while benefitting from its cleverness.

It’s when you switch on the semi-autonomous stuff that it starts to trip up. It doesn’t feel ready to be trusted. It takes decisions you wouldn’t. It’s as good as any rival system, yes. But I don’t like it.

In the age of the E39, a BMW was the Ultimate Driving Machine. The G30 can be too. But it seems it doesn’t want to be.

Share this page: FacebookTwitterGoogle+WhatsAppMailtoCopy link What do you think?

This service is provided by Disqus and is subject to their privacy policy and terms of use. Please read Top Gear’s code of conduct (link below) before posting. 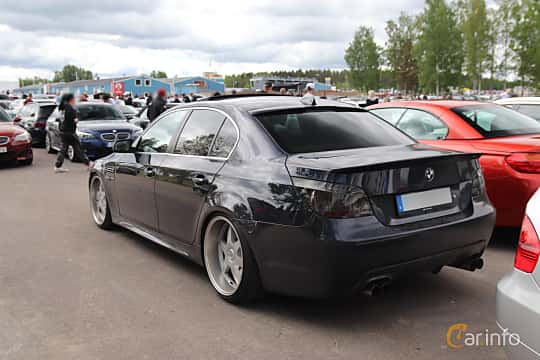 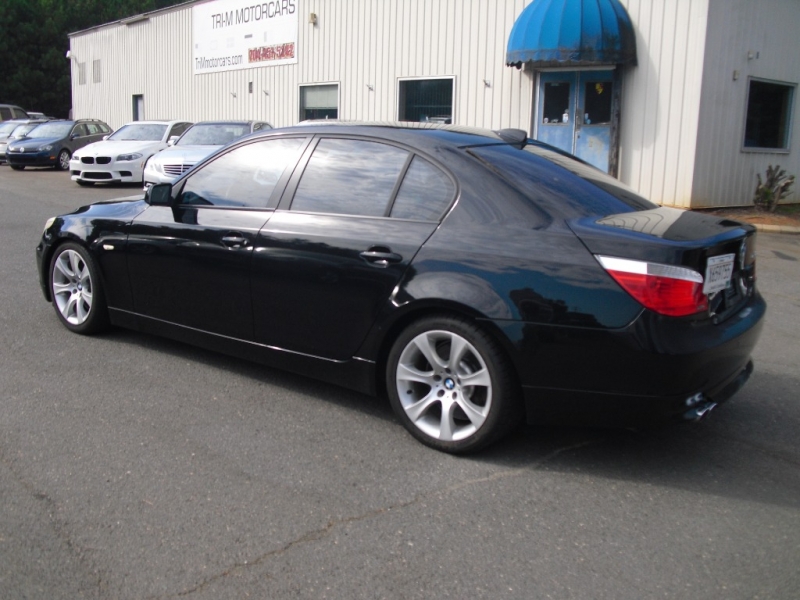 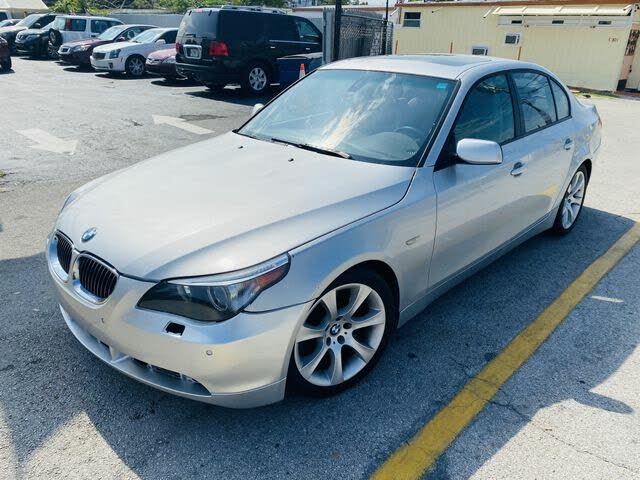 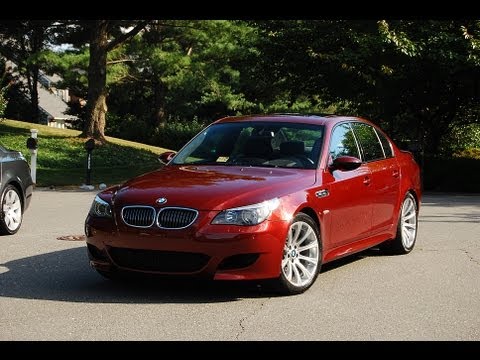 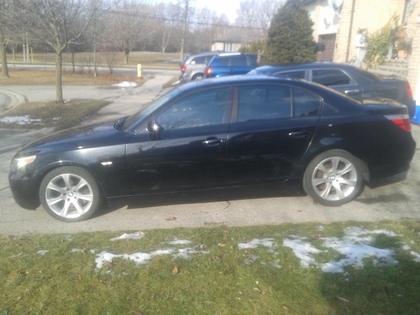 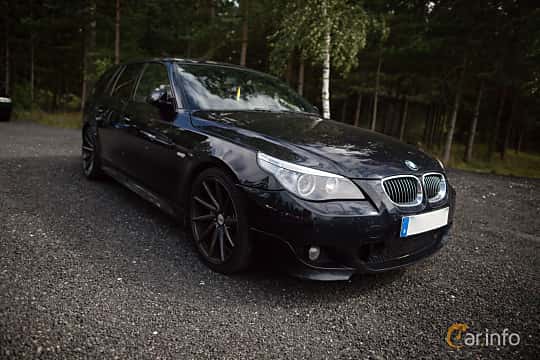 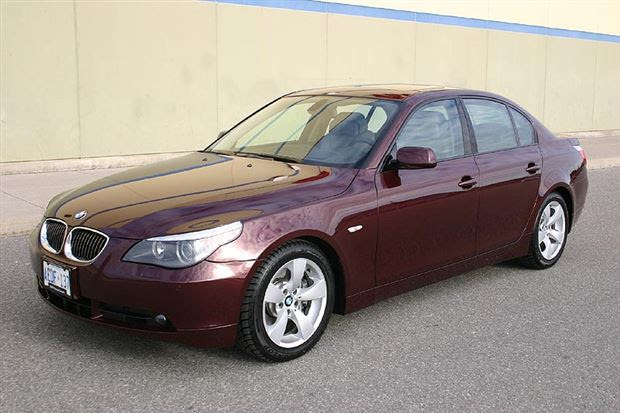