A 'Made In SC' plate is shown on a new BMW X4 vehicle as it is unveiled during a news conference at the BMW manufacturing plant in Greer, S.C., Friday, March 28, 2014. Credit: AP

The Bavarian-themed eatery in Greenville, like the annual Oktoberfest in nearby Greer, are testament to the mark made by BMW in the area since the manufacturer started auto assembly there 20 years ago Friday.

The impact has gone both ways. The factory in Spartanburg, a 10-minute drive from Hans & Franz, is integral to BMW’s efforts to protect profit margins and keep ahead of German luxury-car rivals Audi and Mercedes-Benz. The only auto plant in the rural state also serves as a model for the industry.

“The plant overcame qualms to show the world that good cars could be made at a reasonable cost in the U.S.,” said Erik Gordon, a professor at the University of Michigan’s Ross School of Business. “That led to a renaissance of carmaking, first in the southern states and then in Detroit itself.”

Pushed by spiraling energy costs and tightening labor rules in Germany, Munich-based BMW will have poured $7.3 billion into the site once the latest expansion is completed in two years. That investment, more than seven times the amount Volkswagen AG spent on a new plant in Tennessee, will mean more BMWs are made in South Carolina than anywhere else.

X7 SUV
The factory, which will employ 8,800 people by 2016, is already the biggest exporter of U.S.-made cars to markets outside North America, beating any facility run by General Motors Co., Ford Motor Co. or Fiat SpA’s Chrysler as well as the entire state of Michigan, the historic home of the American auto industry.

That lead is likely to grow. BMW plans to increase capacity in Spartanburg 50 percent to as many as 450,000 cars a year. Almost all of BMW’s sport-utility vehicles, including the new top-of-the-line X7, are made there, and 70 percent are exported to more than 140 countries from what was BMW’s first test of full-scale auto production outside Germany.

“At the time, we thought 100,000 was a big number,” said Harald Krueger, BMW’s head of production, who worked at the plant when manufacturing started in 1994 with a target of building 50,000 cars a year. “If you look back, you realize how important this step turned out to be.”

Rising costs in Germany, along with the expense of developing cleaner cars, make South Carolina an attractive site. Auto workers in the U.S. are about 47 percent cheaper to employ than their counterparts in Germany, according to data from the Berlin-based VDA auto lobby.

VW closing
Still, the Spartanburg factory was a big gamble in the early 1990s, when BMW was less than one-third its current size and South Carolina’s economy was struggling from the decline of the region’s once-dominant textile industry. Known for quality and precision, the German carmaker needed to ensure its standards were met by workers new to making autos.

BMW designed the plant to enable more direct links among the body shop, paint shop and other manufacturing units. Production halls arranged like fingers on a hand enable delivery trucks to bring parts directly to the assembly line point where they’re needed. A supply of methane collected from a nearby landfill helps reduce energy costs.

Work flexibility
“Spartanburg can compete with any German plant in terms of quality and efficiency now,” said Manfred Erlacher, who took over as factory chief in November after relocating from BMW’s plant in Leipzig, Germany. “One of the big advantages here is a pretty high flexibility when it comes to work times. There’s also very good know-how regarding products and processes that’s developed over the years.”

Volkswagen had demonstrated the risks of U.S. production by closing its plant in Pennsylvania in 1988. Conflicts between American and German staff contributed to the failure, casting a cloud over VW’s business in the country for years and complicating BMW’s endeavor.

“There was some skepticism in the beginning about what the factory will mean for the people who live here,” said Mark Kent, head of family-owned textile maker Kentwool in Greenville, about 15 miles (25 kilometers) southwest of the Spartanburg plant.

“Will local businesses lose skilled workers? How will they settle into our community?”

Tight briefs
There were hiccups. Prior to the start of production, a group of young German technicians needed to be coached in acceptable bathing attire after locals complained about the snug-fitting swimming briefs they were wearing.

There are also potential warning signs ahead. While flexible labor rules in the non-union South helped BMW boost productivity, the United Auto Workers is targeting foreign-owned plants and narrowly missed organizing Wolfsburg, Germany-based VW’s new factory in Chattanooga this year. The UAW said yesterday that it’s opening an office in Chattanooga to try to set up a German-style works council at the plant.

BMW picked the South Carolina site after examining 200 locations worldwide, including Omaha, Nebraska. Apart from a direct connection to the Interstate 85 highway and a small airport nearby that can be used for cargo flights, the key benefit was access to the port of Charleston, 200 miles to the southeast, for deliveries of engines and transmissions from Germany and for exports of finished cars.

Charleston’s touch
“Wherever in the world you see one of these BMW X models on the road, we touched it here at Charleston,” said Jack Ellenberg, senior vice president for economic development and projects at South Carolina State Ports Authority. “That’s important for us.”

Exports are set to increase once a proposed free-trade agreement between the U.S. and the Europe Union goes into effect. South Carolina, with a potential 187 percent surge in sales to the EU, is poised to be the biggest beneficiary from the accord among the 50 U.S. states, according to a 2013 study by the U.S. Atlantic Council, the Bertelsmann Foundation and the British Embassy in Washington.

To take advantage of these prospects, there’s a new inland port in Greer, about two miles from the plant and part of a $2 billion economic-development project.

At the terminal, which opened in October, large cranes stack colorful marine containers. It looks like any major shipping hub, with the big exception that there’s no water in sight. After processing, the containers get fast-tracked by train to vessels in Charleston.

Robot tests
BMW also uses the factory to test new production methods, such as combining human and machine labor on the same assembly step. The flexible arms of silver and pale-blue robots help workers lock in plastic frames inside a door, relieving them of a task that can cause wrist injuries.

A cooperative approach was established early in the factory’s existence. Managers held soccer games to get to know their South Carolina colleagues. In return for partaking in the most popular sport in Germany, the group would head to a Krispy Kreme store to indulge in the glazed, southern treats: winners got the creme-filled doughnuts, losers the plain-cake variety.

“BMW’s investment decision here has been a phenomenal success,” said Robert Hitt, South Carolina’s secretary of commerce. “Both sides have to benefit when you make a decision like that. Otherwise, it doesn’t work.” 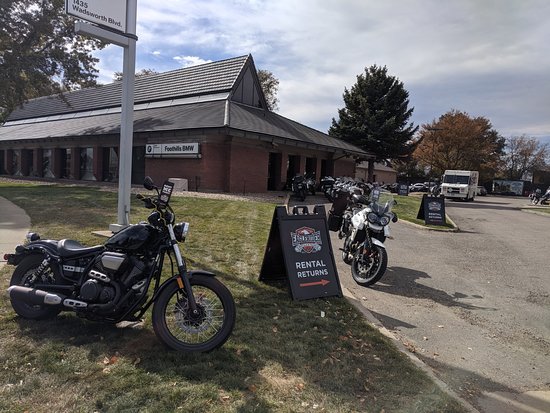 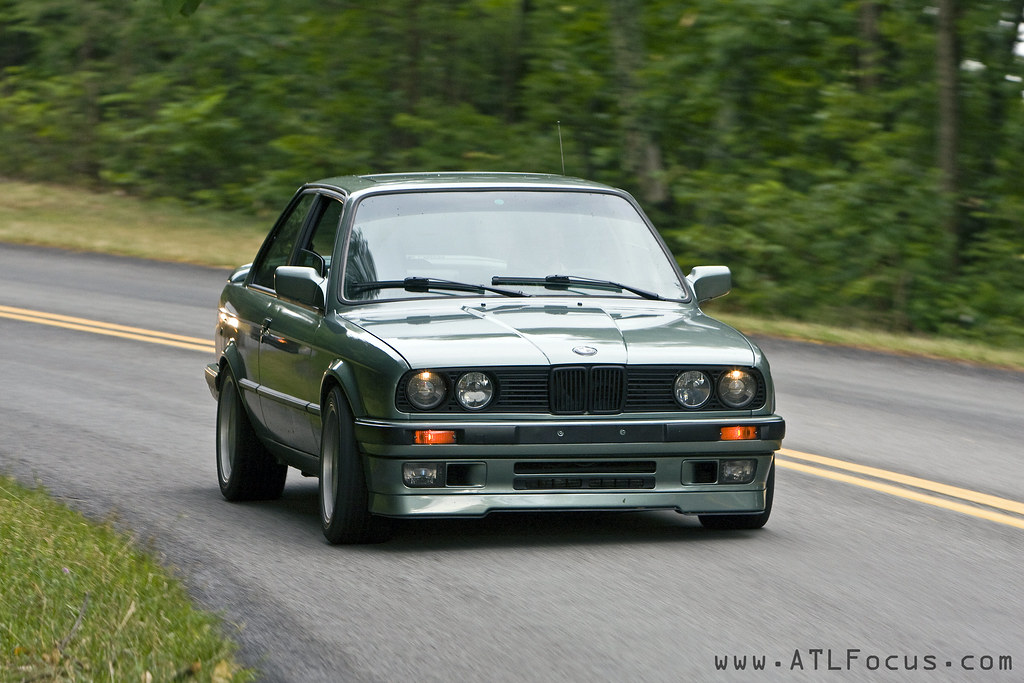 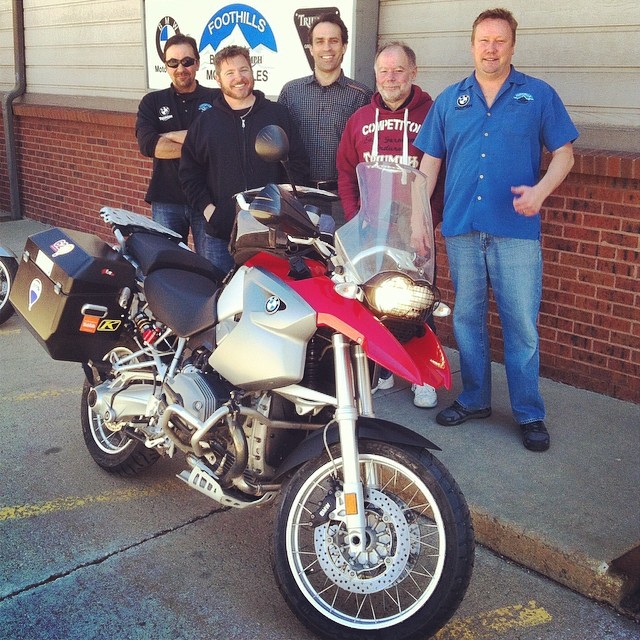 Thanks again to the generous souls at Foothills BMWTriump Flickr 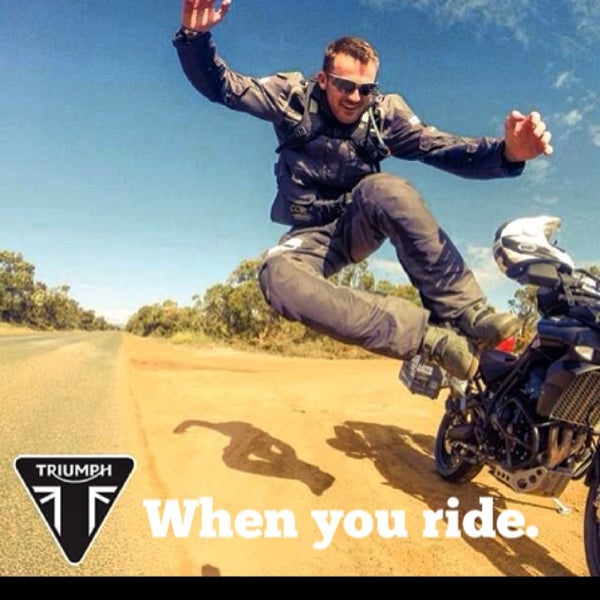 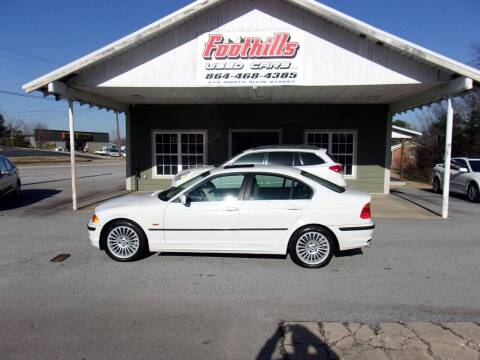 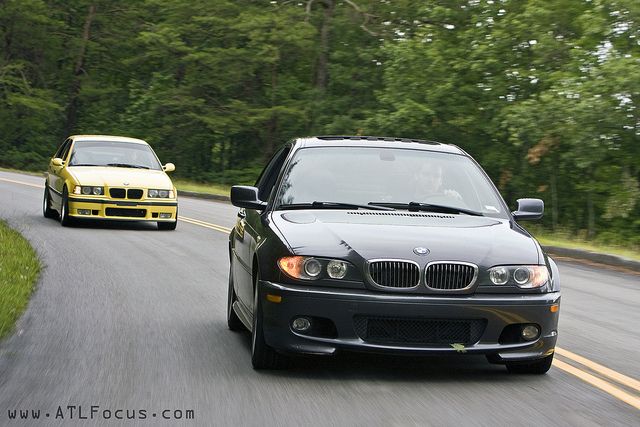 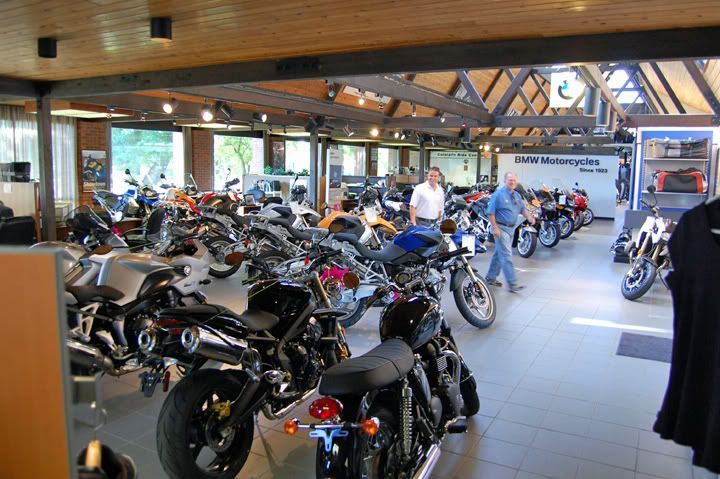 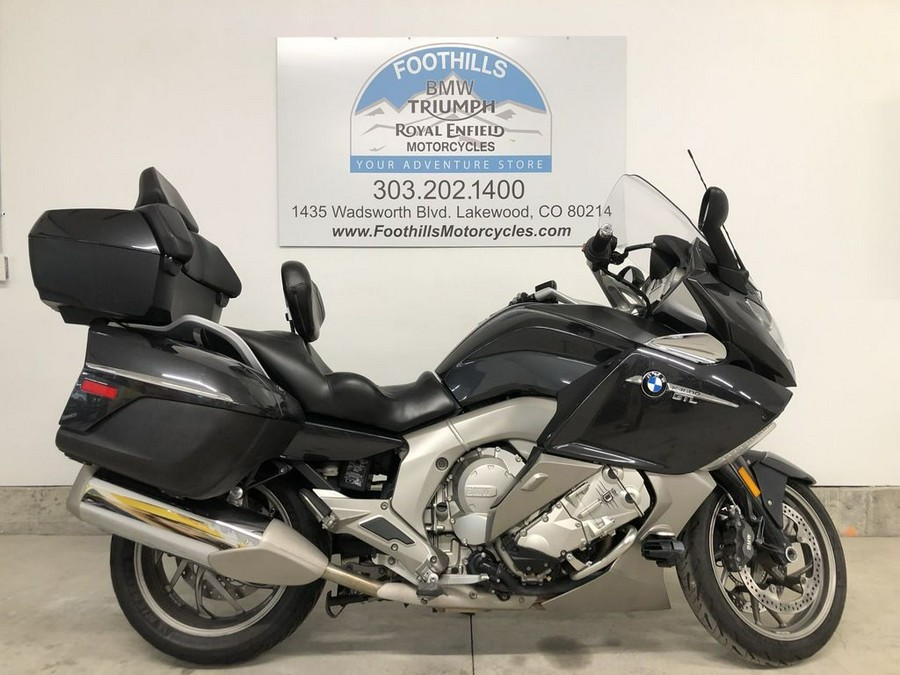