In the past, the traditional German rivals in the mid-size sedan segment - the Audi A6, the BMW 5-series, and the Mercedes-Benz E-class - played specific roles and carved out their own places in the market. BMW positioned the 5-series as the dedicated driver's car, Audi was first to offer four-wheel drive and direct-injection engines, and Mercedes emphasized comfort and prestige.

This scenario is about to change with the arrival of the new E-class, which is destined to shake up the hierarchy with new values, new qualities, and a new look. The ninth-generation Mercedes mid-size sedan has carefully conserved core brand values such as better-than-average packaging, a cosseting ride, and an emphasis on passive and active safety, but Mercedes engineers were determined to break new ground, and the result is the sportiest and best-handling E-class ever. It also is available with a host of new driver-assistance and creature-comfort options, and it has an interior that sets new standards in terms of fit, finish, and surface materials. On top of that, the design - whether you like it or not - is a big departure from its play-it-safe predecessor.

The Benz's competitors, on the other hand, are dangerously long in the tooth - the 5-series will be replaced early next year, and the A6 is up for renewal in late 2010. All three cars are offered with both six- and eight-cylinder engines, and the high-performance BMW M5 and Audi S6 even have V-10s. But the most popular choice is still a six-cylinder engine.

In Europe, the E350 gets a new, 288-hp direct-injection V-6, but the E350 edition earmarked for the United States retains the familiar V-6 that produces 268 hp at 6000 rpm and 258 lb-ft of torque between 2400 and 5000 rpm. As for the A6, its 3.0-liter supercharged V-6 is a new addition for '09, offered as a step up from the base 255-hp, 3.2-liter. The model designation of the A6 3.0 TFSI (3.0T in the United States) is misleading. Normally, TFSI means turbocharged direct injection, but in this instance, the turbo has been replaced by a supercharger, because it was easier to package in the V between the cylinder banks, costs less than two turbos and their associated plumbing, and is more fuel efficient. Of course, Audi would point to its instant-on torque, swift throttle response, and superior power output. The supercharged V-6 produces 300 hp at a sedate 5100 rpm and 310 lb-ft at a leisurely 2500 rpm. The European BMW 530i is roughly the equivalent of the U.S.-market 528i, as both are powered by normally aspirated 3.0-liter straight-six engines. However, the version in our Euro-spec test car has direct injection and thus is good for 268 hp at 6700 rpm with 236 lb-ft of torque available between 2750 and 3000 rpm. The U.S.-spec 528i makes do with 230 hp and 200 lb-ft. BMW also offers the 300-hp, twin-turbocharged 535i as a step up before you get into V-8 territory with the 550i.

The E350's V-6 wants to be revved to deliver, so you find yourself frequently in the 4500-to-7000-rpm bracket. The accelerator pedal's long travel and the seven-speed gearbox's velvety-smooth pickup make this engine feel less quick than the factory figures suggest (0 to 62 mph in 6.8 seconds). As far as high-velocity NVH is concerned, the Merc has a slight edge thanks to its more relaxed gearing.

Although the 530i will sprint to 62 mph in a competitive 6.5 seconds (the U.S.-spec 528i takes more than seven seconds), its peak torque doesn't provide as much midrange muscle as its challengers. The smooth-running straight six is mated to an overly nervous six-speed automatic that sometimes changes gears just for the sake of it. Pushing the sport button triggers an even more hectic calibration that loves chasing ratios even at autobahn speeds.

The A6 rewards you with an extra portion of bottom-end grunt and a large helping of top-end urge. Most of the action happens between 2000 and 5000 rpm, when the plentiful torque provides a kick big enough to make you smile. At 5.9 seconds, the Audi is the quickest to 62 mph, and it extends this lead all the way to the 125-mph mark.

Only the A6 comes standard with four-wheel drive, which is typically a pricey option at BMW and Mercedes. Quattro is an asset, offering unrivaled bad-weather traction plus a very high standard of stability. Through corners fast or slow, the Audi never feels quite as big and heavy as it is. Even on undulating pavement, the nose-heavy sedan (58 percent of the curb weight rests on the front wheels) retains its stoic determination and stays on course. The variable-rate Servotronic steering is on the light side, but it is accurate and quick. At the limit, there's no steering fight and very little protest from the chassis. Its excellent brakes are attentive, progressive, strong, and have excellent stamina.

Although our test car was equipped with an optional sport suspension, the 5-series is more tolerant of imperfect road surfaces than the Audi. The BMW feels firm and sporty, but it doesn't sacrifice the last inch of suspension travel to the god of roadholding. Unfortunately, this suspension setup is offset somewhat by the optional active steering system. Even after almost 500 miles, synchronizing the steering angle with the radius of a corner and timing steering inputs in relation to vehicle speed were difficult. We would prefer a more linear and progressive setup, with a less frenetic response. Luckily, active steering is a stand-alone option in the United States.

Enter the E-class, which, in its previous iteration, was a bit stodgy and slow, a cautious chariot characterized by plenty of body roll and early understeer. Not anymore. The Direct Steer system, first employed in the SL, now has more weight and feel, and there's more aggressively spaced gearing and exactly the right amount of damping. The steering requires more effort than the Audi but less than the BMW, and it stays focused even when you wind on plenty of lock. There's no sudden firming during brisk lane changes, no lack of self-centering momentum, no waywardness when traveling in a straight line. The front suspension and the multilink rear axle have been modified, but the basic concept remains. The adaptive dampers were adopted from the C-class. Their comfort-oriented calibration stiffens automatically via a bypass valve triggered by extended wheel travel and load.

The Mercedes turned out to have the best all-around ride and handling. The latest generation of stability control so effectively suppresses understeer and oversteer that without the amber warning light, you wouldn't know the system was active. A stab at the ESP button is all it takes to treat yourself to exactly the same lurid tail-slides as in the BMW. In adverse conditions, directional stability isn't always perfect, but the Merc's ride quality on any surface is clearly a cut above that of its competition - and this is without the optional air suspension.

As the new kid on the block, the Mercedes offers a host of innovations, including a fatigue sensor, several new brake-related functions, an intelligent lighting system, and night vision that can recognize pedestrians. We found the adaptive headlamps to be a real asset. Conversely, the night vision was a major distraction, and the self-inflating ventilated massage seats are difficult to adjust when your bum is obscuring the controls.

The cabin's new look is modern and contemporary, yet it doesn't run the risk of alienating repeat customers. You can now get even more leather and wood, and there's a large secondary in-speedo display complementing the full-color monitor. Comand is more intuitive than ever, and at night there's soft waterfall lighting along the trailing edges of the trim. Nice. As in the S-class, the gear selector has been moved to the column, making room in the console for huge cupholders and for an air-conditioned bin in the center armrest.

In the past, there was a substantial variation between the ergonomic layout of BMW's iDrive, Mercedes-Benz's Comand, and Audi's MMI, but after a series of early glitches, all three systems are now fairly easy to operate. Likewise, the cars each offer similar amounts of head- and legroom. In the front, the BMW is the largest, followed by the Merc and the Audi. In terms of cargo space, it's quite close, ranging from 18.4 cubic feet (BMW) to 19.3 cubic feet (Audi), with the Mercedes in the middle.

Time to add up the points. The BMW is a five-seat racer, a drift-challenge contender dressed up for a night on the town. It provides an intense driving experience, always connected, never on a long leash. If you like that 100-percent-on-the-alert-at-all-times attitude, then look no further. But, as involving as it is, the 530i is let down by its unsettled transmission, edgy active steering, and a stressed engine that works much harder than the more desirable 300-hp, twin-turbo unit fitted to the 535i. Factor in ho-hum cabin materials and a somewhat cramped rear seat, and the 5-series is more like a grown-up 3-series than a downsized 7-series. If you're intent on buying a 5-series, we would definitely suggest the standard steering and the twin-turbo six.

The Audi is a four-door sport coupe, a potent traction artist, and a solid good-looker. But the ride suffers, to the point that one is reluctant to accept it as the trade-off for superglue roadholding. Low-speed compliance is lacking, wheel travel is disappointingly curt, and like almost all other Audis, it hates manhole covers and transverse ridges. The prime attraction of the A6 3.0T is the potent yet very civilized supercharged engine, which is every bit as quick as the more expensive and even thirstier 4.2-liter V-8.

The brand-new E350 is the epitome of dynamic balance, a role model for near-perfect chassis compliance, and a very clever piece, especially when your pockets are deep enough to order all the high-tech options. True, the engine isn't the class leader in terms of power and refinement, directional stability could be a little more unerring, and the steering and the brakes don't respond with the impatient sharpness of the competition. On aggregate, however, the Benz is the new king of harmony and equilibrium. As far as ride comfort is concerned, it plays in a league of its own. The handling is now much more entertaining and involving. And in terms of perceived quality, it at long last represents the stuff that the Mercedes legend is made of. That's a lot of praise, and yet the E-class doesn't outdistance the A6 and the 5-series by much. But its lead is substantial enough to crown it the winner - the E-class is destined to be the new darling of the image-conscious, mile-eating, agenda-driven upper-income set. At least for now. 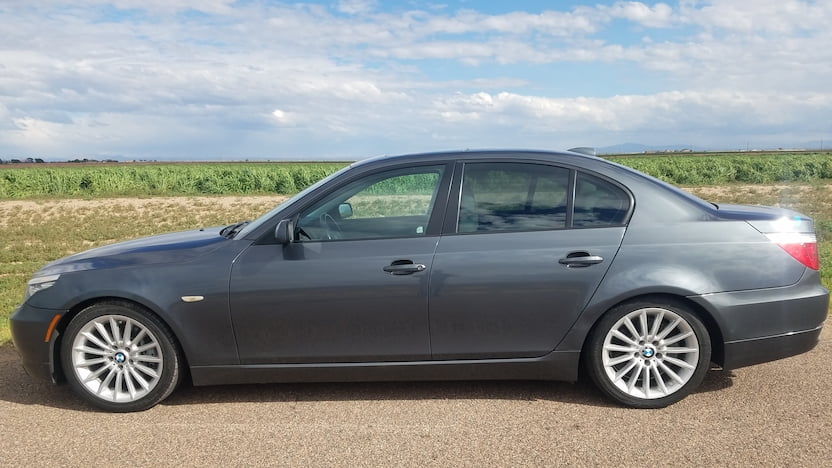 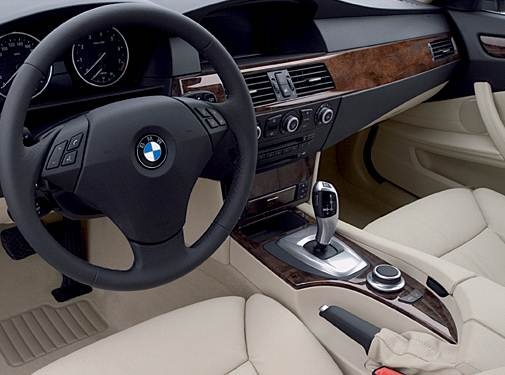 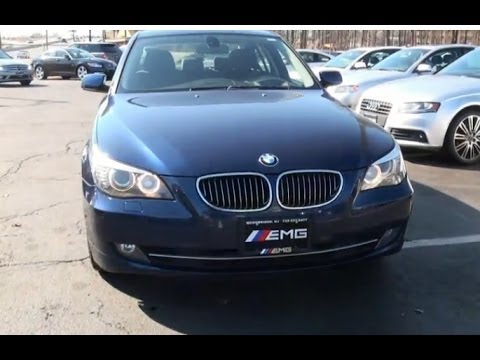 Used 19 BMW 19 Series 1928i xDrive for sale in easthartfordct 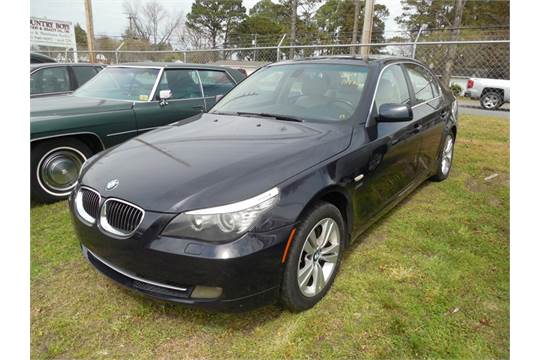 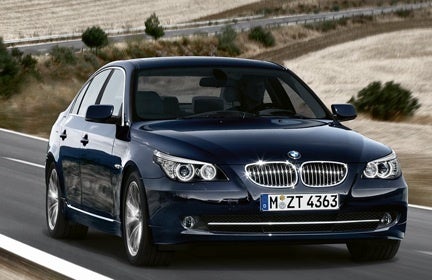 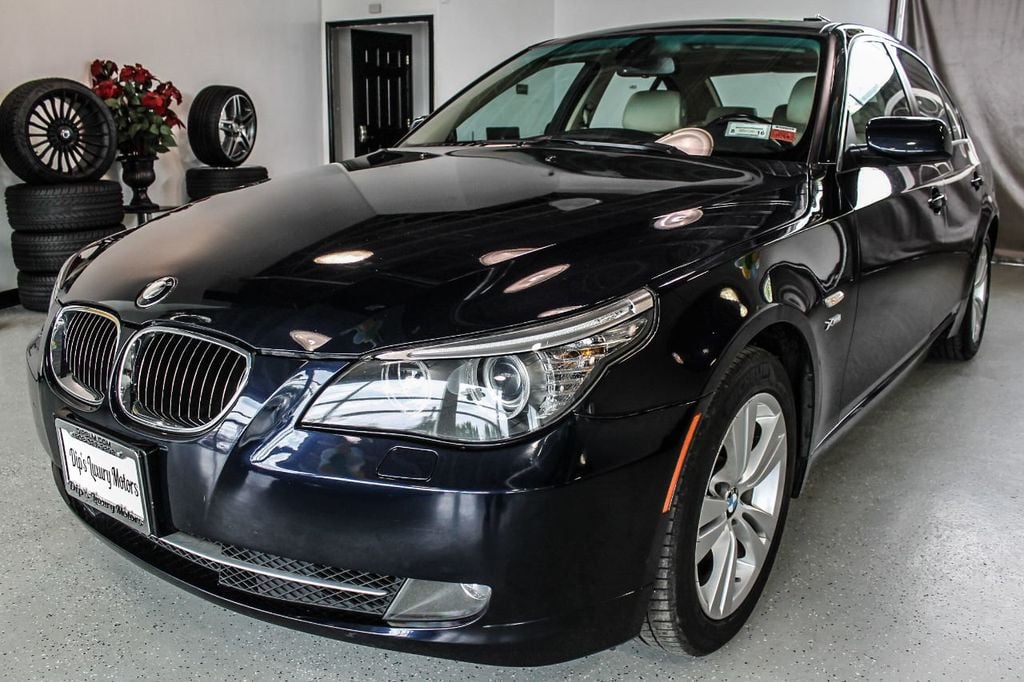