On March 7, the day that, 100 years ago, BMW AG began life as a company, Germany's best-selling premium automaker celebrated by unveiling a radical concept car it says previews the future of BMW. Yes, the prosaically named BMW Vision Next 100 can function as a fully autonomous vehicle. But, insists BMW, the Vision Next 100 also shows how the company's highly advanced intelligent electronics will deliver an even more intense driving experience when the occupant chooses to take the wheel. Oh, and it's a shape-shifter.

Like most legacy automakers, BMW believes drivers will still want to drive in the autonomous vehicle age, and so the key idea behind the Vision Next 100 is to use digital intelligence and connectivity to turn even the average driver into what BMW calls the Ultimate Driver. The Vision Next 100 was therefore designed from the inside out, with the emphasis on creating a spacious cabin relative to the vehicle's footprint while retaining typically BMW stance and styling cues. In simple terms, the BMW Vision Next 100 is about the size of a 5 Series sedan, but with the interior room of a 7 Series.

The interior configuration alters depending on whether the Vision Next 100 is operating autonomously -- called Ease mode in BMW-speak -- or whether the driver is in command -- Boost mode. In Ease mode the steering "wheel" -- in reality little more than two hand grips -- folds away into the dash, and the car does all the work, leaving the occupants to settle back and use the HUD display windshield for watching movies, doing emails, etc.

In Boost mode, drivers are given control, but the car's artificial intelligence is used to extend their capabilities of perception and reaction to almost super-human levels. The HUD windshield shows things like the ideal line through corners and warns of hidden hazards, enhancing situational awareness. And should the driver fail to respond quickly, the car will step in and take over.

Fans of Stanley Kubrick's epochal movie "2001: A Space Odyssey" will recall the glowing red lamp of the HAL computer, an artificial intelligence (AI) computer that went rogue. In the BMW Vision Next 100, the AI interface is represented by a cut crystal at the center of the dash called The Companion. The Companion represents the constant exchange of data between the car's internal systems, the external environment, and driver behaviors. And it has the ability to learn: BMW says The Companion will come to know individual drivers well enough to be able to automatically perform routine tasks for them, and offer advice when needed.

In Ease mode The Companion is raised out of the dash, allowing it, among other things, to signal to pedestrians and other road users the car is operating autonomously. In Boost mode, when the driver is nominally in control of the BMW Vision Next 100, The Companion sinks into the dash. "We assume that in the future human beings and machines will become much closer, meld even," says BMW design chief Adrian Van Hooydonk. If the BMW Vision Next 100 is any guide, the future is closer than you think.

Exterior styling is aggressive. As you'd expect there's a prominent double kidney grille up front, but Van Hooydonk notes the grille will become less about powertrain cooling and more about being somewhere to store the huge array of sensors required for autonomous and Ultimate Driver functions. The side view reveals a profile that's still recognizably a three-box sedan -- the core of BMW is still the sporty sedan, Van Hooydonk insists -- with minimal lines, yet expressive surfacing.

The wheels are faired in to improve aerodynamic efficiency -- Van Hooydonk claims a drag co-efficient of just 0.18 -- and the body moves to keep the wheels shrouded even when steering. Welcome to Alive Geometry, almost 800 movable triangles in the bodyside, and across the top of the dash. On the exterior, Alive Geometry will allow for flexible body panels, something BMW has been experimenting with since Chris Bangle's innovative Gina concept, first shown in 2008.

Inside, the triangles open and close in almost gestural motions, their coordinated movements acting as informational signals easily picked up even in pre-conscious peripheral vision. BMW admits a production version of Alive Geometry is still a way off, but says technologies such as rapid manufacturing and what it calls 4D printing will be able to produce the intelligent, networked materials required to make it a reality.

There was no mention of powertrain during the reveal of the car, the inference clearly being that it could be electric-, hybrid-, or hydrogen-powered. Despite the clunky name, the BMW Vision Next 100 is an intriguing glimpse into the way BMW is going to think about automobiles and automobility in the coming century. The company also plans to roll out Vision Next 100 concepts for Mini, Rolls-Royce, and its motorcycles over the coming year.

But as much as we enthusiasts might care right now, will humans still want a steering wheel in their cars 100 years from now? "I can't say," says Van Hooydonk, "and no-one here will be able to check if I'm right. It's more an attitude: We want to shape the future rather than wait for it to arrive." 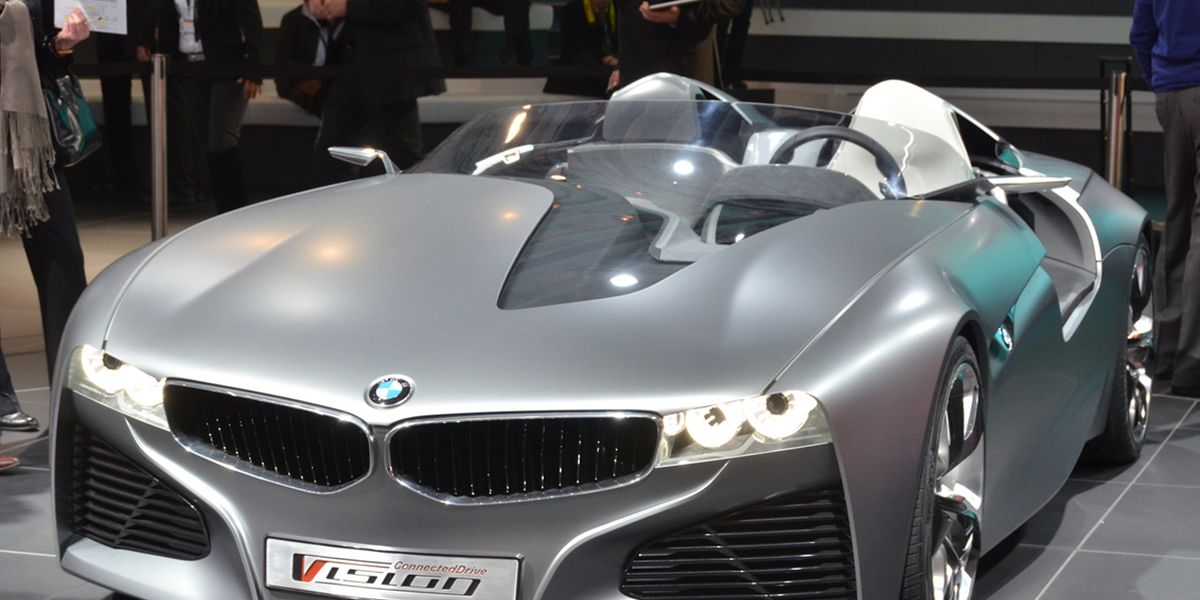 Driverless concept car a look at the BMW Vision Next 16 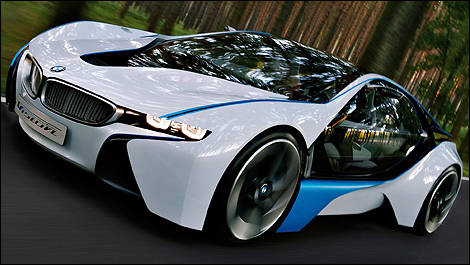 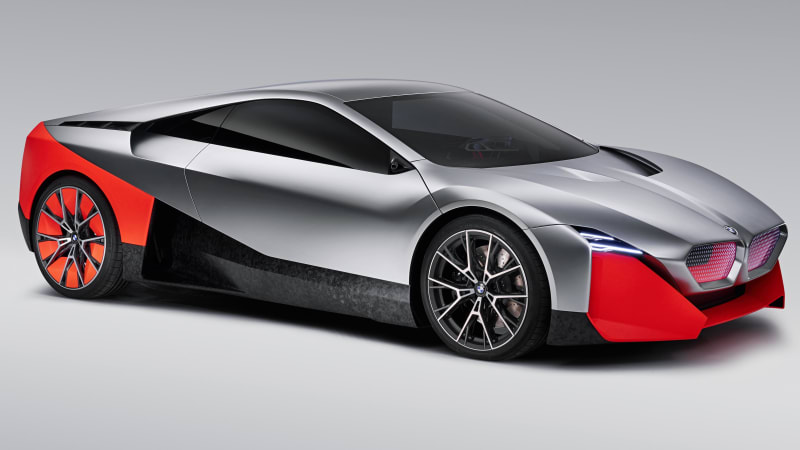 The Reasons Why BMW's Vision M Next Is So Amazing 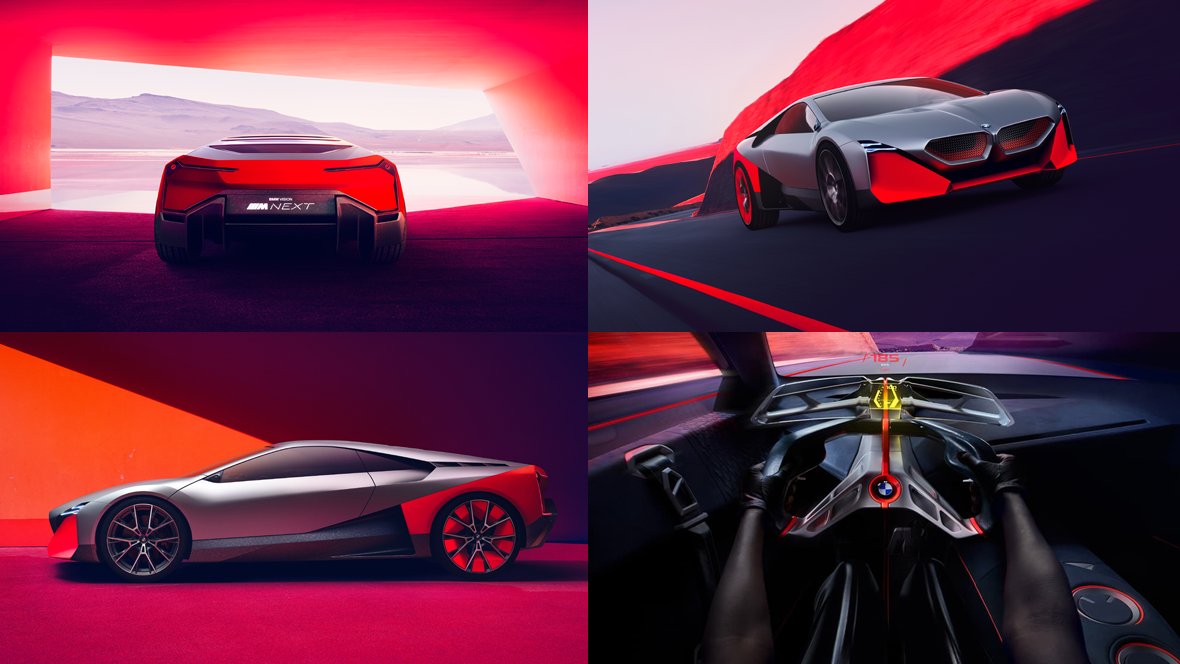 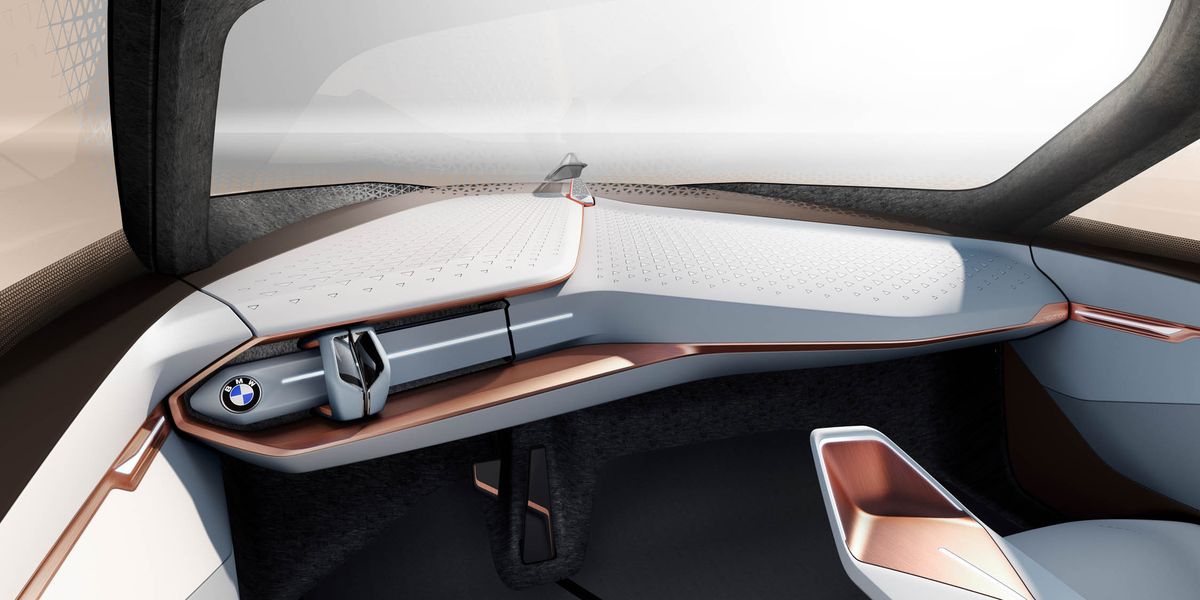 BMW Unveils Its Vision Next 16 Concept News Car and Driver BMW's Vision Next 16 points to the next century of motoring 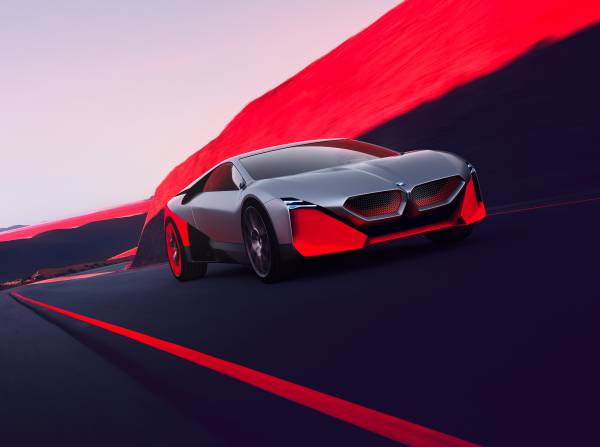 BMW VISION M NEXT Boost your moment the future of driving 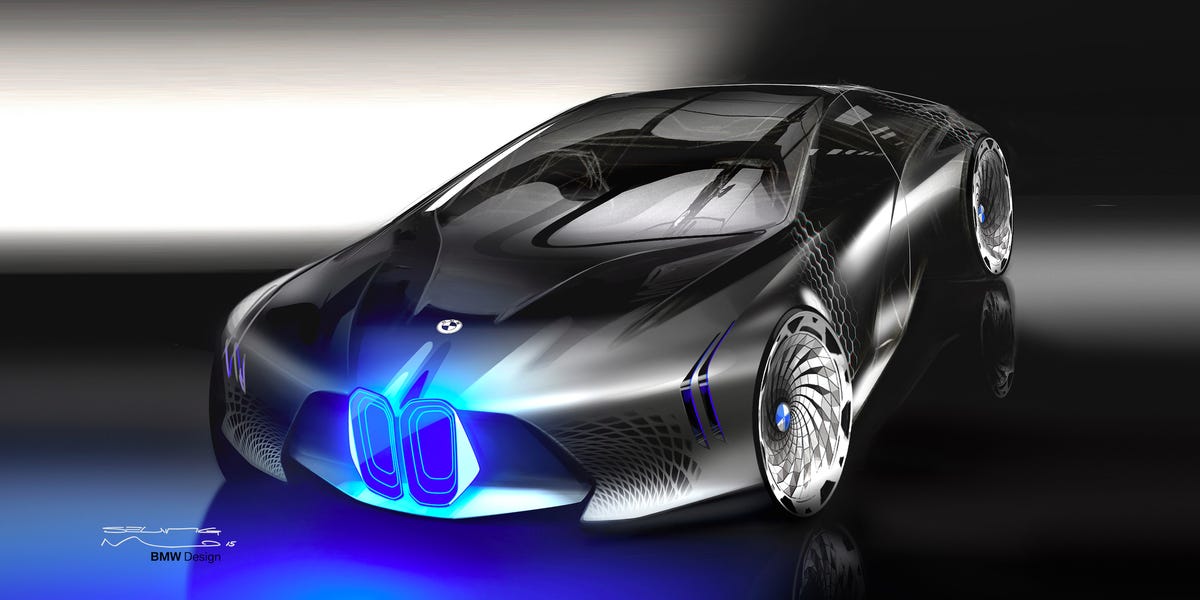