The badge says "M," yes, but the M235i is a replacement for the 135i, not the 1 Series M Coupe. Though it's fast as all get-out (0–60 in 4.5 seconds in our testing), grips like the dickens (thanks to Michelin Pilot Super Sports), and stops like an M car (five feet shorter from 80 mph than a competition-package M5, for example), it's not involving enough to wear an M badge. Much less 16 of them.

BMW would never admit this, but the reason for the M-badge overload is simple: BMW doesn't get that the mere existence of M sells BMWs. So it doesn't factor this in when it looks at M as a business unit that needs to be profitable. To make more money, M needs to sell more cars. Sneeze a mouthful of M badges all over a 235i, and voil—a car can be counted on M's balance sheet. Bonus: Poseurs can think they bought an M car when they didn't. Wonder how we could get BMW to factor that into its bottom line.

BMW hasn't confirmed it and indeed won't even discuss the possibility. But somebody let it slip that the M3/M4 running gear fits into the F22 2 Series body with no changes. Given that no one has stopped pining for a 1 Series M Coupe, which was a 1 Series with M3 running gear, we'll bet ya $50 there's going to be a repeat performance. So that said, let's not pretend the M235i is an M car.

I guess that means we can't bitch that the M235i has neither a coolant-temperature gauge nor an oil-temperature gauge. Wait, yes we can. Seriously? It doesn't even have a light to say "I'm cold. Don't rev me to 7250 rpm!" Dumb.

Oh, but the M235i does have fake enginey noises coming from its stereo speakers. Yank the fuse to the sound system's amplifier, and voil—you have a straight-six soundtrack that's suddenly missing the intake noise. Gosh, that's cool. And the Active Sound Management makes the engine louder in Sport+ and DSC-off modes.

The Germans, in their never-ending misunderstanding of U.S. enthusiasts, equipped all M235i test cars without the optional port-installed mechanical limited-slip differential. The lack of a limited-slip diff was our biggest complaint about the old 1 Series. So you'd think someone (anyone) at BMW AG would have been paying attention. But no, they were too busy futzing with .wav files to upload to the car's stereo to make the thing sound better.

Jason CammisaIt's much prettier, though

Actually, our biggest complaint about the old 1 Series was how it looked—and BMW definitely fixed that. The 2 is far better looking than the 1 Series it replaces. Gone is the preggo-cow side treatment and the doofy surprised-Botox front end. The 2 Series is pretty from any angle. There is, however, some strange proportion thing happening that makes the rear wheels look an inch or two smaller than the fronts. And even the fronts—at 18 inches in diameter!—look small. But overall? The 2 is totes adorbs.

Jason CammisaCheap details are a drag

If you need proof that BMW is following Audi instead of leading it, look at the painted-gray mirror caps. Seriously, BMW? If you're going to copy Audi's naming scheme (even numbers for coupes, odd for sedans), and you're going to copy its proliferation of "S" badges where they don't belong (the 16 "M" badges on this 235i), and you're going to copy Audi's gorgeous brushed-metal mirrors on the sporty models, at least do it right. The painted-gray mirrors only look like brushed metal from, oh, a quarter mile away. And the gray doesn't match the painted-gray wheels. And it looks cheap. Oh, and at night, the cool turn signal repeaters are like a blinding Studio 54 spotlight flashing in the corner of your eye. Did no one drive this car at night? Oh, wait! Maybe BMW's test drivers, like its buyers, don't use turn signals because of that silly stalk.

Speaking of silly, the M235i displays "M235i" on the LCD of its gauge cluster at all times. And it has horsepower and torque gauges in the center screen. But it has no way of telling you that the oil is so cold it has ice crystals in it. Or, on the other hand, that the engine oil is hot enough to fry a turkey. (Yeah, I'm going there again.) You have no way of knowing when launch control is going to work. Go to the racetrack, and half the time, the dash says "Launch Control Active," but the car performs a seven-second 0–60. Which we can only presume is because the engine is hot. But we'll never know now, will we? I want to smack someone over this.

At the TrackBMW M235i Racing debuts in new videoBMW wants you to race the new 333 hp M235iBMW shows its racer for everyone: The M235i RacingInside the M235i is a nice place to be

Driving position? Near perfection. And you can almost see out the back of this car, unlike so many new cars. The meaty steering wheel is just like the one in the 3 and 4 Series. So are the basic interior design and the materials. And the sport seats. Which are nice. But we remember the old seats as more comfortable and supportive. Still, this is an attractive cabin with excellent overall ergonomics, price-appropriate materials, and generally no stupid gimmicks. The rain-sensing wipers are so lazy that you'll have to continually request additional swipes. Gosh, life is hard.

There was initially some Internet hysteria about the M235i being limited to 130 mph. That, according to BMW, happens when some cheapskate owner opts for the no-cost all-season tires and ruins his M235i. Our Michelin Pilot Super Sport-shod tester flung itself quite quickly to an indicated 160 mph on the test track. Actual speed? 155 glorious, quiet, stable miles per hour.

It has freeway legs

Speaking of high-speed driving, the M235i is a grown-up, comfortable, refined, pleasant long-distance cruiser. The backseat is only slightly tighter than a 4 Series's, but you wouldn't want to be back there all day. You would, however, gladly do an all-day drive up front. It's quiet, and adaptive shocks mean this car doesn't pogo down the road like the old 135i did. It also doesn't seem to crash over big bumps. This is a major improvement.

Jason CammisaSteering is a letdown

A major disappointment, of course, is the steering. At 2.2 turns lock-to-lock, it's delightfully quick, and it's also incredibly precise. The ramp-up in steering ratio as you add lock happens quite a ways off-center, so the M235i doesn't feel nervous as you turn in. The weighting is natural and wonderful and I can't believe I'm saying so many nice words about this steering. It would be, like, epically good were it not for the fact that nothing—and I mean nothing—in the way of feedback ever comes through it. You could run over a 135i and not feel it through the wheel. Probably. I didn't try. And don't expect anything when the wheels reach their cornering limits—you won't feel that either.

But I can tell you that you could hydroplane up a mountain pass at 80 mph in pouring, 33-degree-Fahrenheit rain and not even know that your front tires were floating above an inch-deep water-filled truck groove.

In fact, you'll only know this later when your friend Mike, driving in the 12-year-old VW in front of you, calls on Bluetooth, laughing that his traction-control light hadn't stopped flashing for a solid mile. You'll be all, "Huh? There's a rut there?" He felt it in his steering. Though he couldn't see it, he knew exactly when he crossed over it. You didn't even know it was there. You felt nothing.

Jason CammisaYour BMW friends will probably geek over it

If the M235i does one thing, it's summon your friends. I got a nasty bout of food poisoning in Las Vegas when I went to pick up our M235i. I was so sick that I couldn't drive home, and my friend Mike dropped everything to come and get me. Like, literally. He left a junkyard in Reno, ditched the old VW at the airport, and within 45 minutes was on a plane to come drive me home. Despite the peril of being covered in barf.

I could tell you that he's the greatest friend in the world for coming to get me, and I'd mean it. But let's be honest: Greatest friend or not, he was positively geeked at getting to spend a couple hundred miles behind the wheel of an M235i before any of our other friends had even seen one in person.

And there's another reason: Mike is currently in the market for a 135is or a 1 Series M Coupe. So it was really interesting watching him—and all my other Bimmer-fanboy friends whom I let drive the car later on—react to this new machine. We all agree: It's a fine car. A damn fine car.

But Mike is still in the market for a 1 Series. The 2, it seems, is a bit too grown up. Too refined. And a touch too big. Sad to say, we all like the old car a smidge better. Let's chat again once we get an M235i with a stick shift and a limited-slip. I'm betting I'm going to like it a lot more. Mike probably will, too. But for the moment, a damn fine, pretty car doesn't beat an ugly little one that was transcendent. 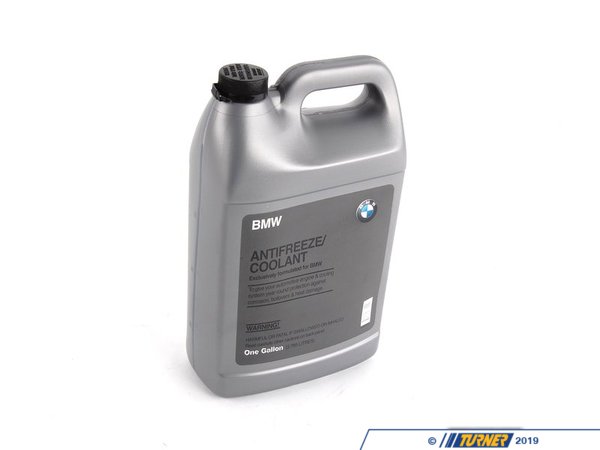 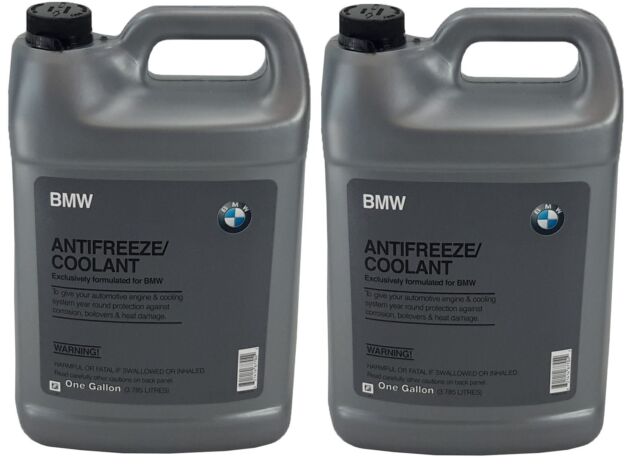 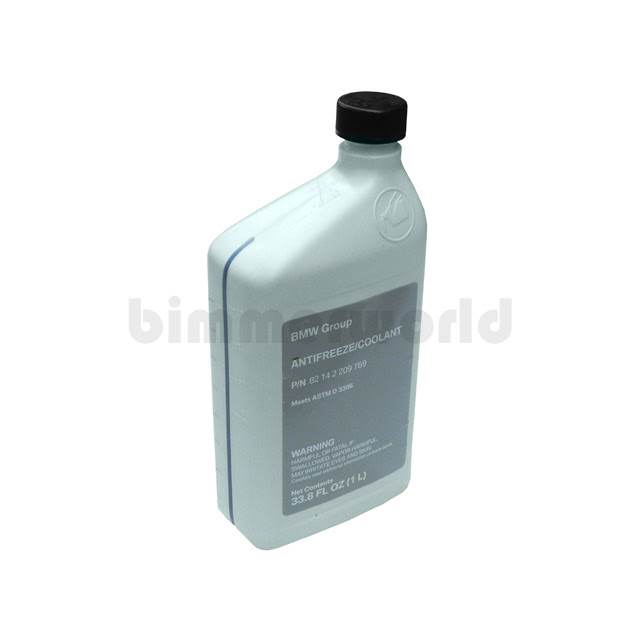 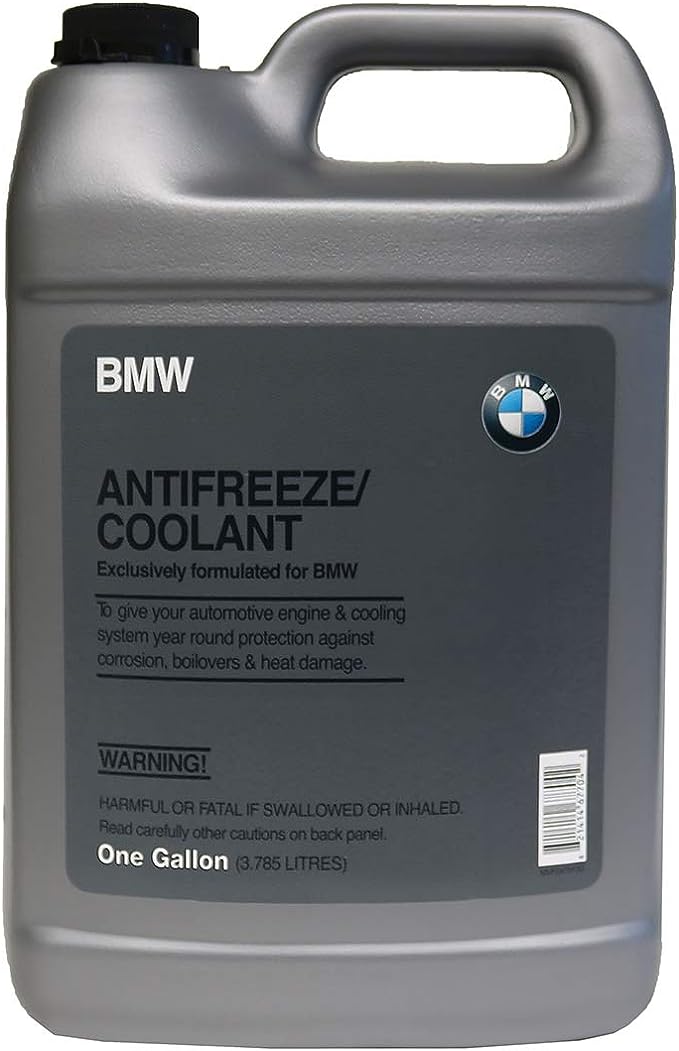 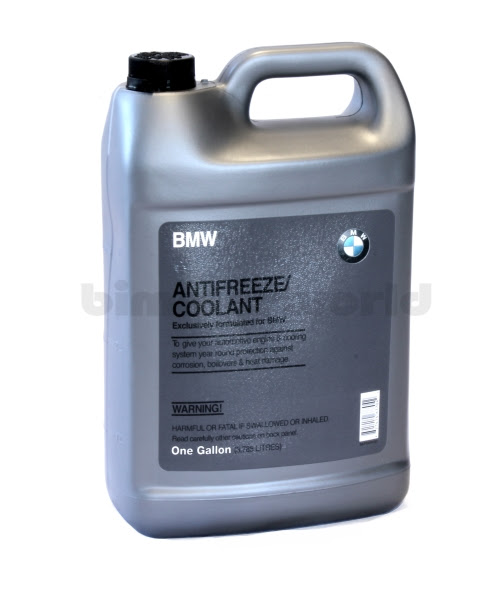 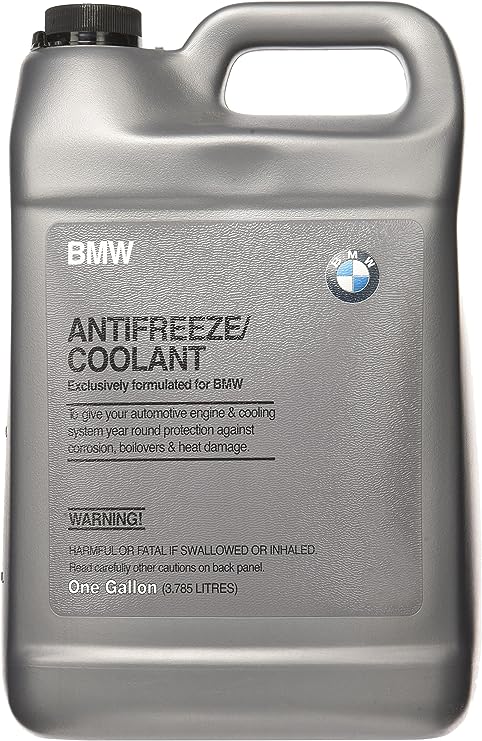 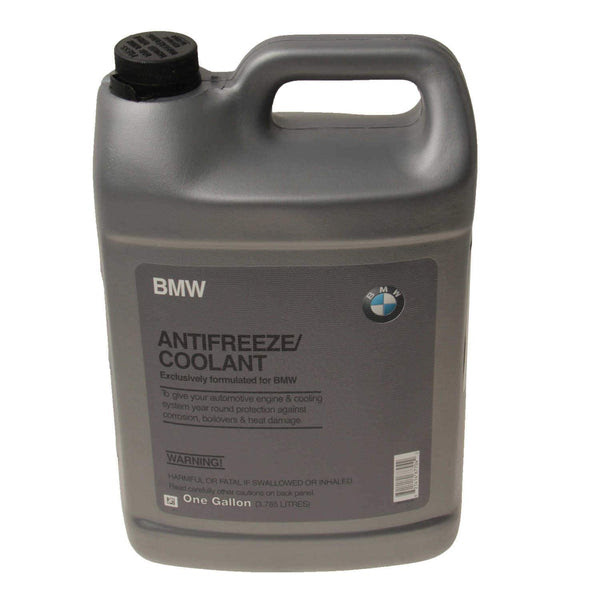 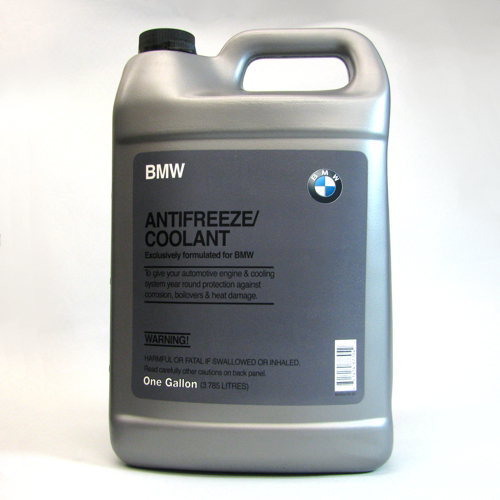 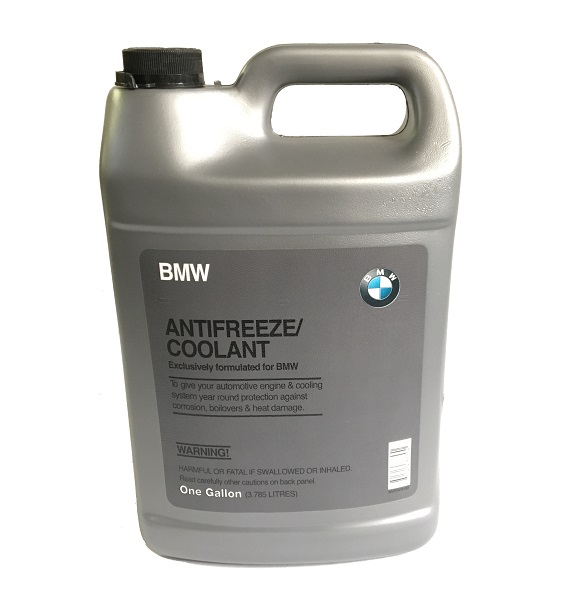 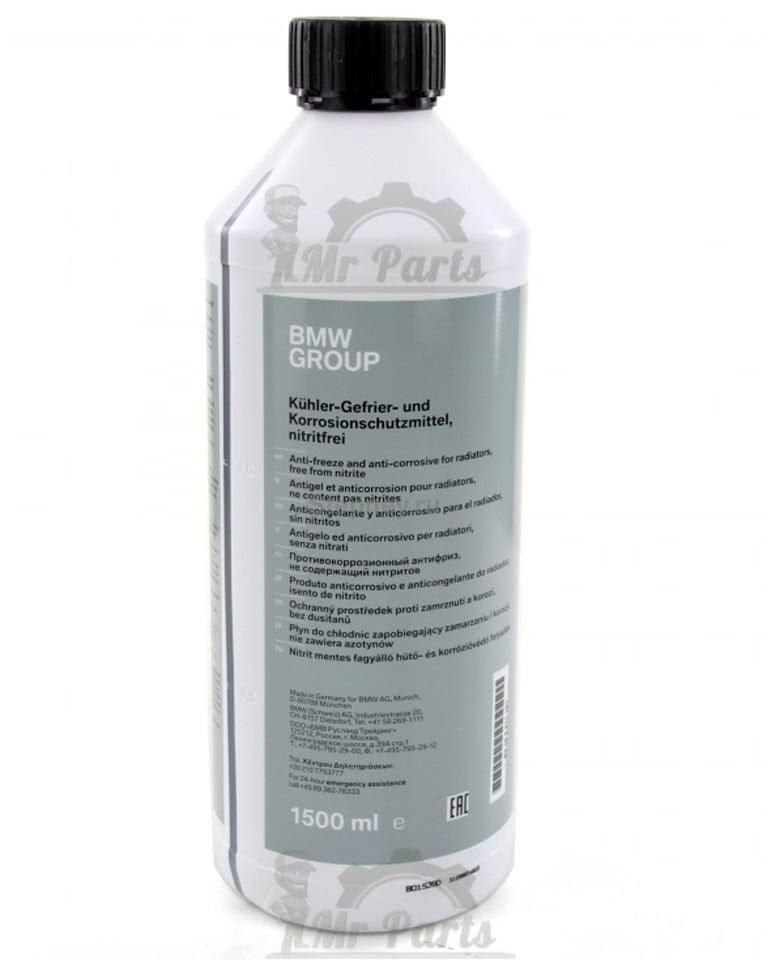 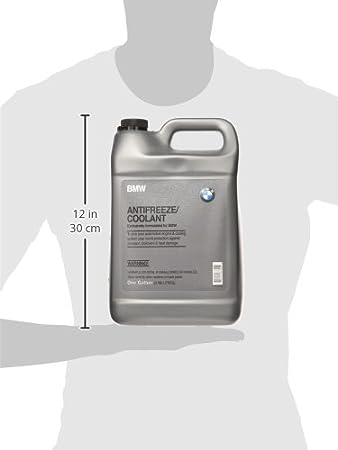 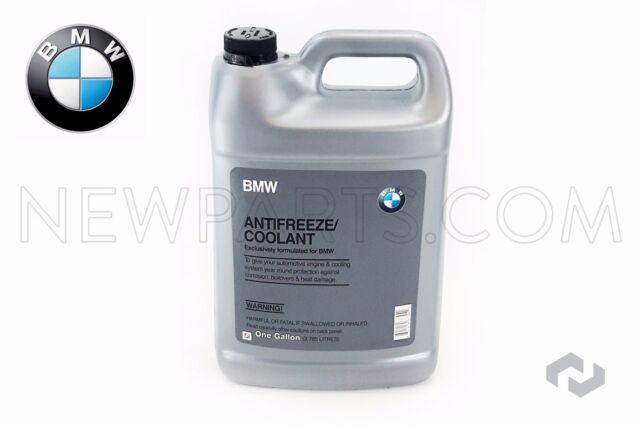 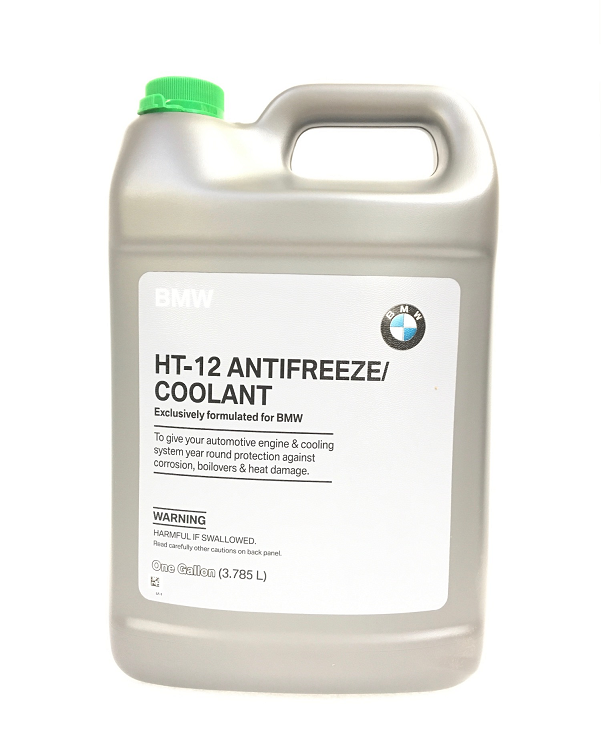