Thinking about buying an original 1980s M3? Too late. Hoping to tuck one of the last naturally-aspirated straight-six M-performance BMWs in your garage with a mint-condition early 2000s M3? You probably should have done so two years ago.

Like the Porsche 911, both the E30 and E46 chassis M3s have pricing that's climbing for the stratosphere. The E30 started shooting up ages ago, and something like a 2006 M3 with the Competition Package and a manual-transmission is already collector grade material. Face it, if you're an M3 fan on a budget, you're out of luck.

Except, that is, for the E36 M3, which still continues to be overlooked by the collector market. You'd think that the interest of celebrity owners like the late Paul Walker would have caused a spike in interest, but the combination of availability and late 1990s styling means that the E36 remains relatively affordable.

However, affordable doesn't mean cheap. The E36 may be a hidden gem, but it's also a potential conflict diamond, ready to extract a pound of flesh from an incautious owner. Here's our look at how to get most of that M3 driving pleasure while minimizing your pain.

Introduced in the North American market in the 1995 model year, the E36 M3 aimed to soften BMW's highest-spec 3-series for mass market appeal. Where the boxy, rev-happy original M3 really only made sense to a hardcore track rat, the new car's smooth straight six and more ample torque made it a better daily driver. A five-speed automatic transmission was available, and there were three body styles: coupe, convertible, and sedan. I suppose it needs mentioning, given BMW's current model lineup, that the coupe only came with two doors.

The first run of cars was specifically designed for the North American market and came with a 3.0L straight-six making 240 hp at 6000 rpm and 225 lb-ft of torque at 4250 rpm. This is forty-six fewer horsepower than the higher-compression European engines, but the US version is slightly less complex, and a little easier to maintain. For instance, US-spec M3s don't need periodic valve adjustments.

There are a few rarer models to be aware of. First, and oddest, are the forty-five Canadian-spec cars that predated the M3's official entry into North America by a year. Essentially 1994 model-year Euro-spec cars, there were just 45 of these imported under a market loophole. If you happened across one, it wouldn't be a difficult cross-border import.

The M3 GTR (left) and the M3 Lightweight.BMW

Also very rare, but a known quantity, is the 1995-only Lightweight version. Some 225 lbs lighter than the standard car, about sixty of these low production run cars are known to have made their way to the US. Think of it as the M3 version of a 996-chassis Porsche 911 GT3.

Only minor quirks differentiate the rest of the E36's production run. The largest change is an increase in engine displacement to 3.2L, with an attendant 11 lb-ft bump in torque (horsepower remained the same). 1996 and later cars also get staggered tire sizes, with 245s out back and 225s up front. Clearly BMW didn't think much of American driving ability, and was perfectly happy to protect US M3 owners with the safety net of mild understeer.

Having said that, the E36 M3 remains one of the best-handling cars money can buy. At the time, it compared favorably with the Acura NSX, the Ferrari F355, the Porsche Carrera S, and the Toyota Supra Turbo – all of which are now expensive collector items. Lively, quick, yet very easy to drive at or near the limit, the E36 is sort of a German Miata. The 240hp rating means a V6 Camry will probably walk away from you in a straight line, but as a momentum car for the circuit or twisty backroad, it's excellent.

What to Avoid BMW

Having spoken to several owners, the convertible model is not really recommended. While top-down sunny days will be charming, at more than a decade old, the M3 has developed the usual creaks and rattles of any car not initially designed to be a roadster. In addition, the three electric motors and umpteen microswitches are just ripe for failure – owners often opt for a hardtop instead. There's nothing specifically wrong with the ZF automatic transmission, but it's not a particularly thrilling way to get an M3. Go manual.

There are no particular best years to look for, though the last 1999 models are occasionally in better condition simply because of the age. Since even the youngest M3s will now be a decade and a half old, mileage is only one part of the story of any car. Be picky: BMW sold 36,000 of these cars in the US, so searching for a well-maintained car is worth the wait.

The E36 has a reputation for fragility, and we'll look at a few preventative maintenance items in a bit. However, there are a few more serious warning signs to look out for.

Rust is always worth checking for. With the E36, look around the trunk, rear quarter panels, jacking points, rocker panels, and front swaybar mountings. Further, check for any water in the passenger footwell as clogged drains can obviously cause electrical issues.

Having an M3 checked out by a reputable BMW mechanic is of course highly recommended. There are also a few clues that will let you know whether or not it's even worth taking things that far. Steering rack leaks are common and perhaps less serious; coolant leaks should be a red flag. Listen for rattles from the BMW VANOS valvetrain at idle: excessive noise may mean repair is required.

Probably the biggest issue to watch for with the E36 are problems with the chassis itself. There are a number of weak points here, all requiring welding and serious repair. The rear shock towers are mounted on very thin metal with just two nuts to secure them. Cracks are common, and that's a cut-and-weld fix. Inspect beforehand, and plan to install reinforcement plates if the car you're looking at doesn't already have them.

Also at the back is the rear trailing arm bushing pocket, a metal carrier bolted to the car. Again, weak metal is a problem here, with cracks and even tearing caused. Worn bushings can exacerbate the problem, and there are weld-in aftermarket reinforcements.

If considering an M3 as your first German car after an ownership cycle of Hondas or Nissans, there are a few things to be aware of. German engineers seem to almost always design their cars as if they were making moon rockets: great performance for a brief period of time, then spectacular and expensive failure. Also, while the E36 M3 is now depreciated to a very accessible price, parts remain pretty much as expensive as they ever were. Maintaining one is costly.

It's not clear what lifetime BMW was thinking of when they advertised lubricants like the transmission fluid as being "lifetime fluids." Perhaps that of a hamster? An ice sculpture? Whatever the case, all fluids in an E36 M3 should be replaced on the same regular intervals as you would any other car, and more often if you plan to track the car regularly.

Further, most E36s are reaching that magic age when nearly every single rubber bushing in the car is developing slop or becoming brittle. Parts to monitor include, but are not limited to: tie rod ends, transmission mounts, sway bar end links, motor mounts, rear strut mounts, differential mounts, control arm bushings, trailing arm bushings, and the guibo (a rubber flex disc for the driveshaft).

Budgeting for a full set of replacement bushings can infuse a tired-feeling M3 with something of its original freshness, and improve the handling far more than any lowering kit. If you don't mind a reduction in ride quality, this can also be a good time to move to a polyurethane bushing with greater durability. In addition, keeping an eye on the bushings for the rear trailing arms and rear strut mounts can help prevent much more serious wear to metal components and the chassis. Again, buy reinforcement plates for the rear strut mounts, and save yourself future headaches.

The cooling system in the E36 is a known weak point, and should be monitored carefully for leaks. If the water pump bearing fails, the mechanical cooling fan will shake itself to pieces and potentially cut right through the cooling lines. The temperature gauge is not particularly reliable, so if you live in a hotter climate or plan for more extreme use, an accurate aftermarket gauge would be a good investment.

Another problem area to keep an eye on is the single 19mm nut standing between you and complete engine failure. The E36 M3 has a chain-driven oil pump with a sprocket secured by just one nut, one that has been known to back off. Buy yourself some insurance with thread locker or a similar method of securing things.

All in all, there are numerous potential problems with the E36. Like all older German cars, these issues can be unpredictable and frustrating. However, the E36 is fairly simple to work on, and will reward an owner who doesn't mind getting their hands dirty. Many of the driveline components are shared with the E36 325i, making for good availability. Almost everything that can go wrong with the car has already happened to someone else; if you like to wrench and have an internet connection, you'll keep your repair costs down.

A Note on Modifications BMW

The E36 M3 is supported by a huge and varied aftermarket. However, most modifications from the factory are a complete waste of time. Adding power via bolt-ons is expensive and only adds incremental power. Forced induction power adders like superchargers can make real power, but will also accelerate the failure of driveline parts. For instance, the US-spec M3s rear differential is smaller than the Euro-spec version, and more susceptible to heat and abusive use.

Instead of chasing power, the E36 responds best to some very mild suspension modification, a good set of square-fitment (i.e. not staggered) tires, and simply tightening the nut behind the wheel–you. Like an early Miata, the E36's real charm is in the way it can do more with less power, and how it works as a good rung on the ladder. Master an E36 and as you'll be moving your skillset towards extracting the most out of a C5 Z06 or similar.

With so many cars initially sold and now mostly in the hands of a large enthusiast base, there are a host of forums to search when you (inevitably) have an issue with your new-to-you E36 M3. Bimmer Forums and M3 Forums both have E36-specific sections with plenty of material.

Don't be turned off by the long list of potential issues here with the E36 M3. It's a rewarding car to own, if a little more challenging than something Japanese. If ownership is approached with your eyes open, there's plenty to be learned.

Further, those who become fans, mostly stay fans. As one older, well-heeled owner put it, "Let's put it this way–I can have any car I want and this is the one I am keeping." 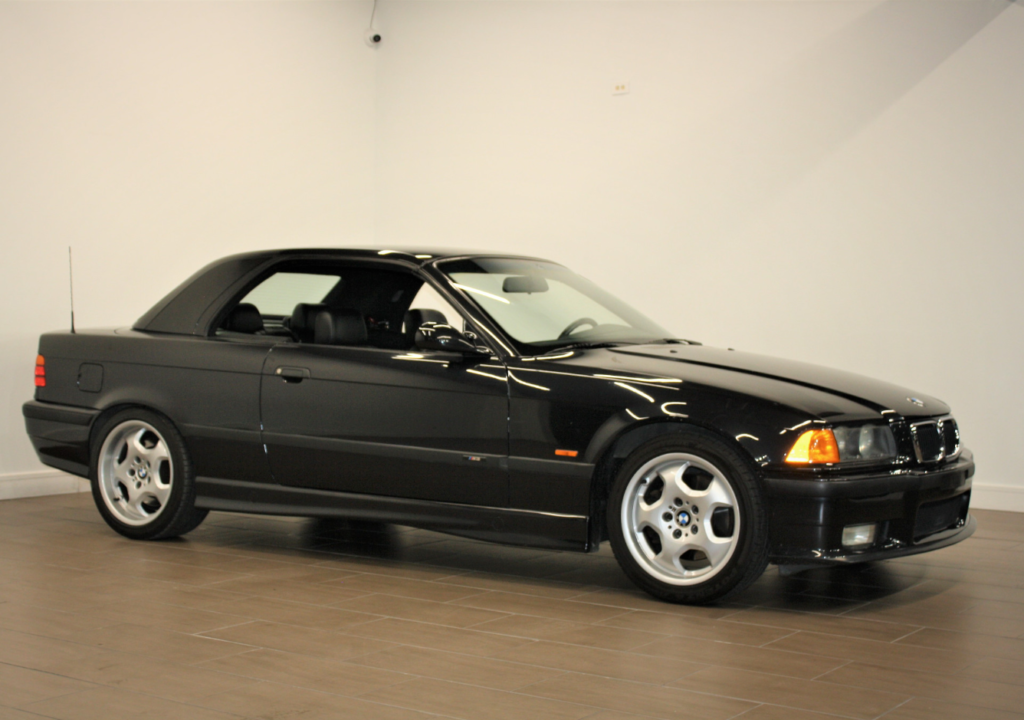 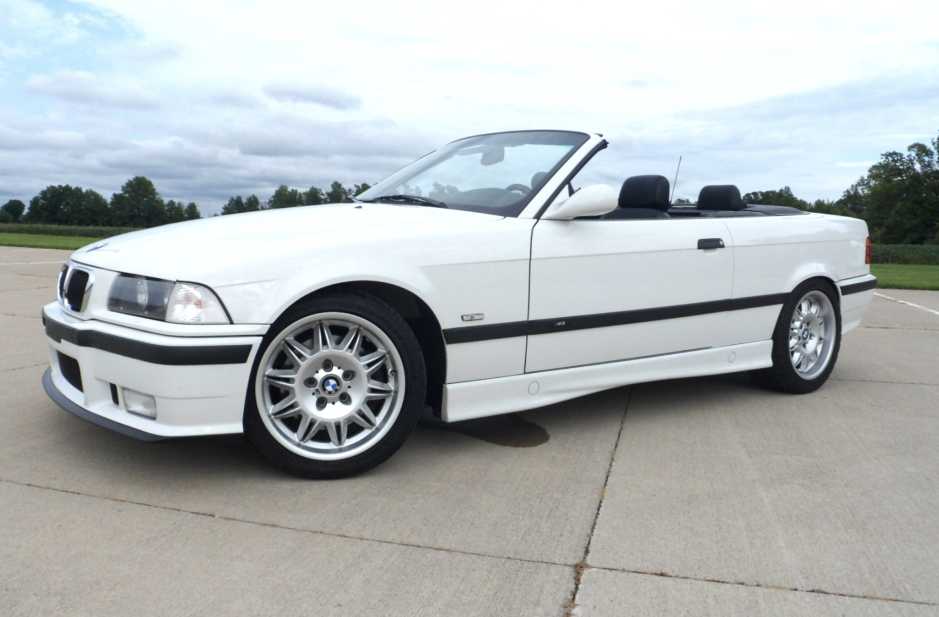 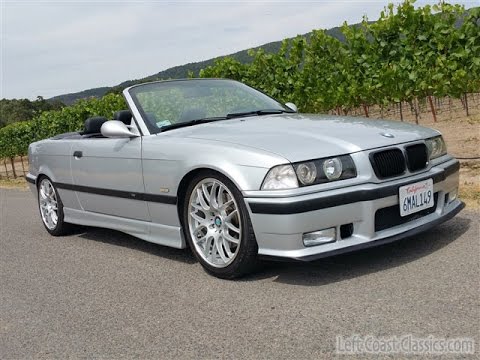 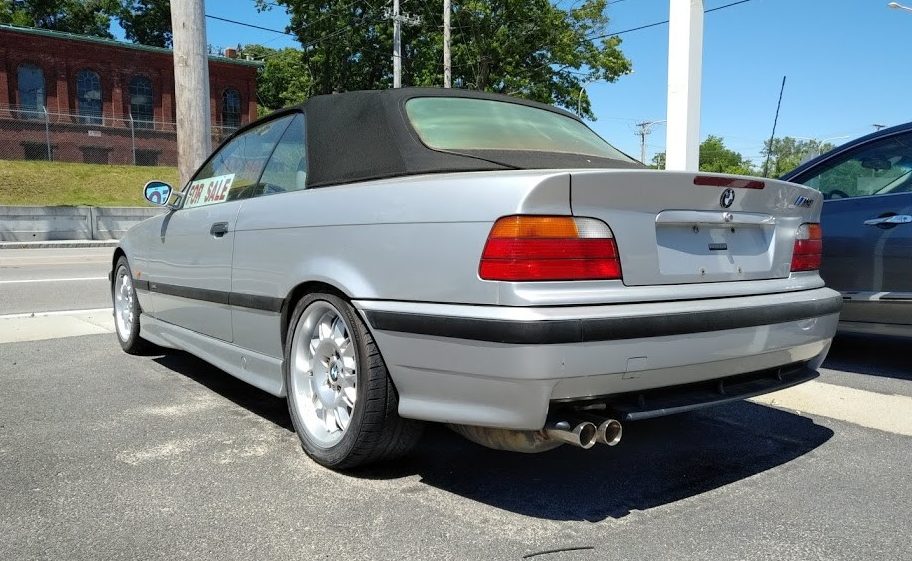 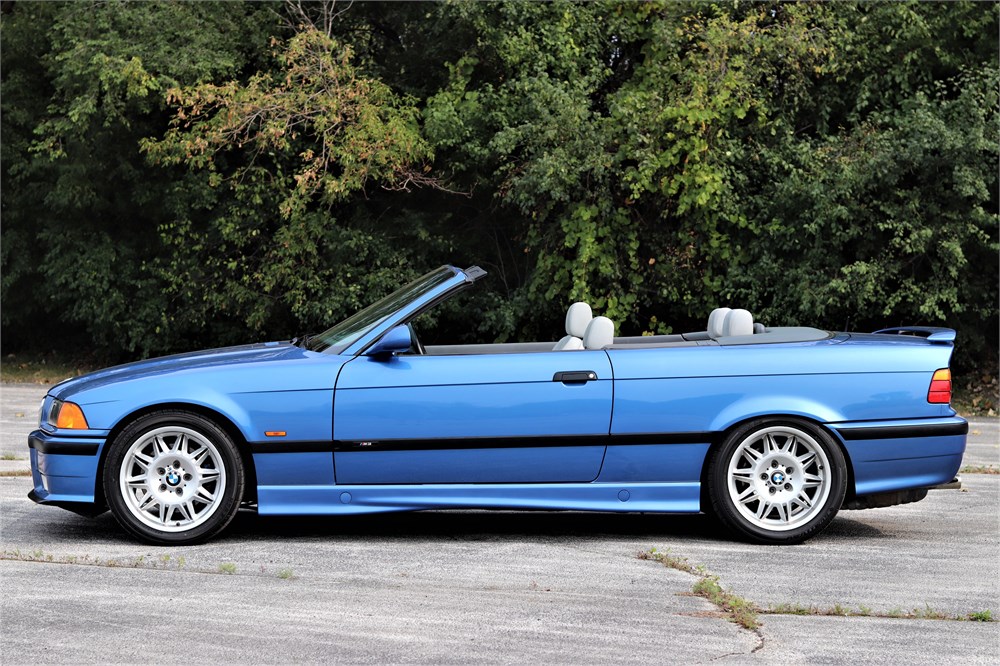 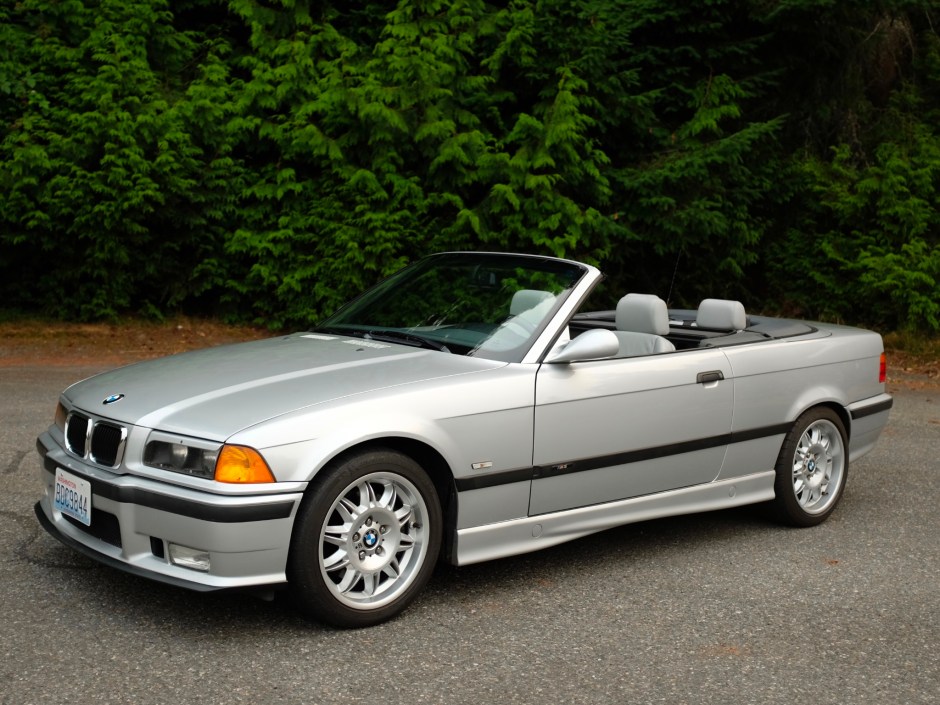 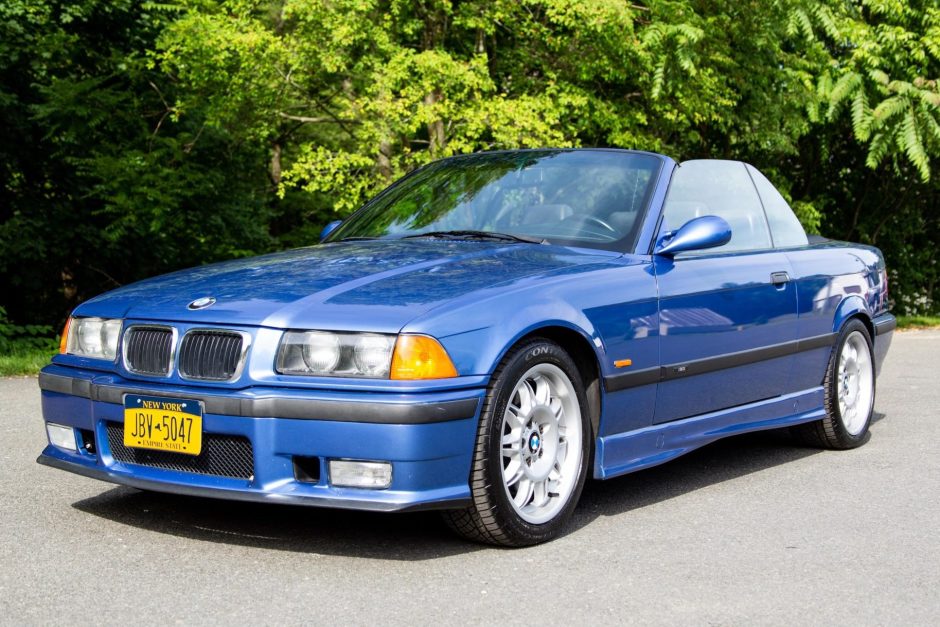 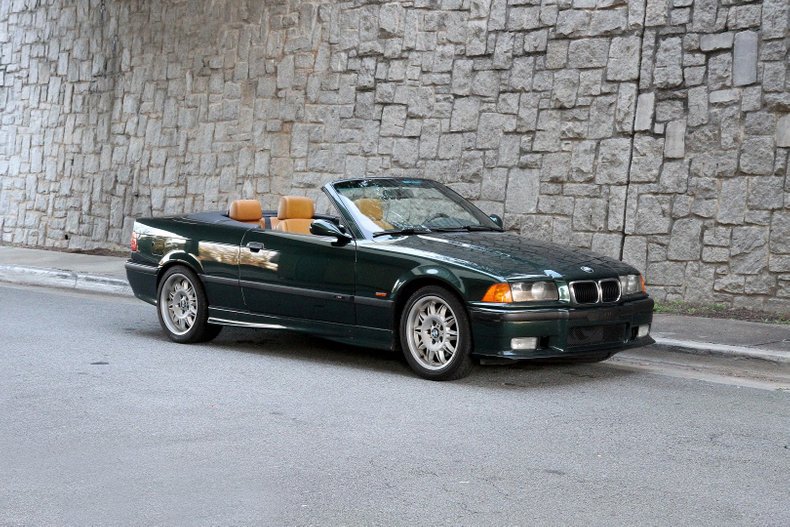 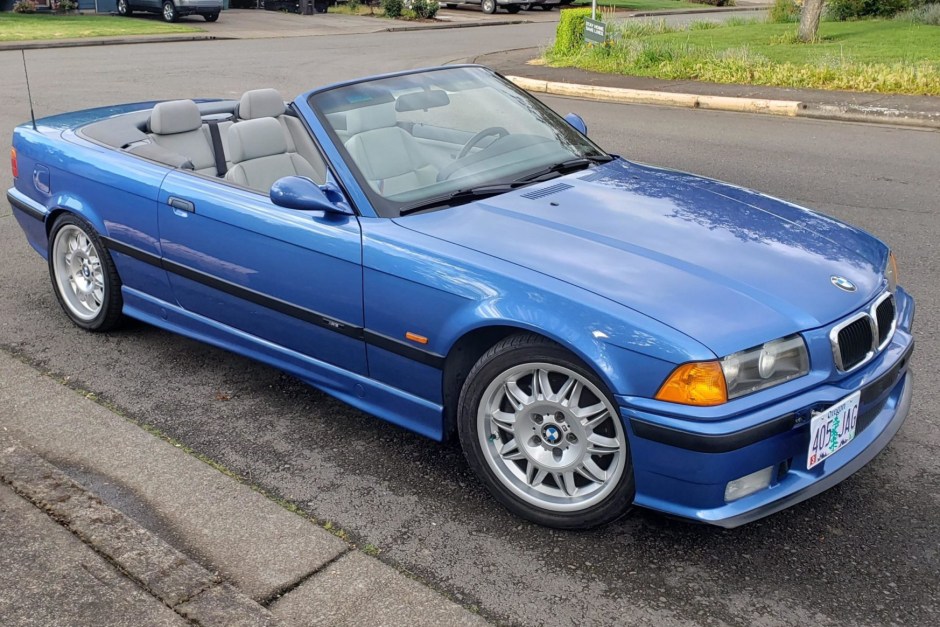 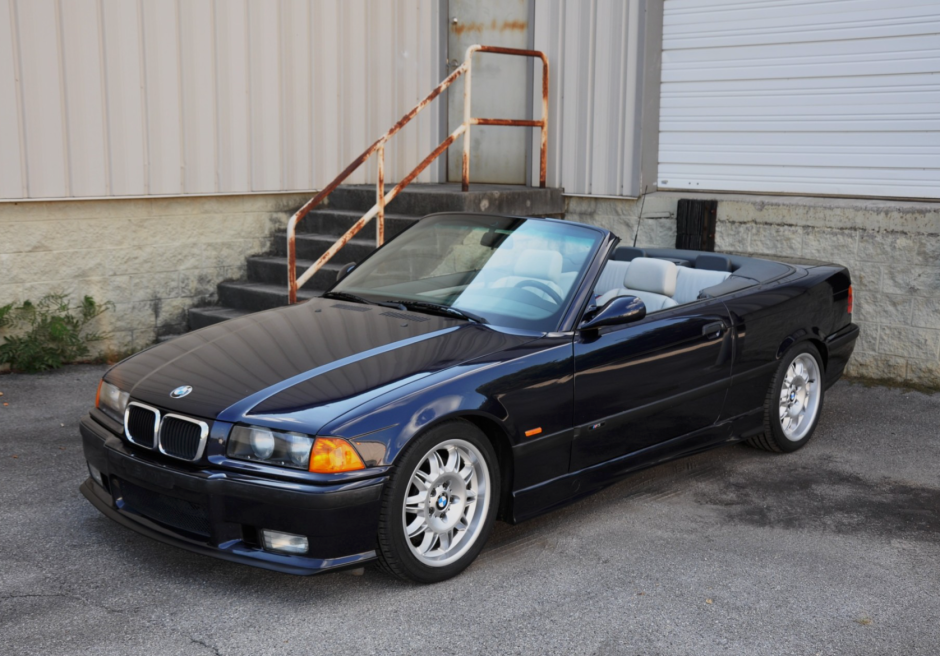 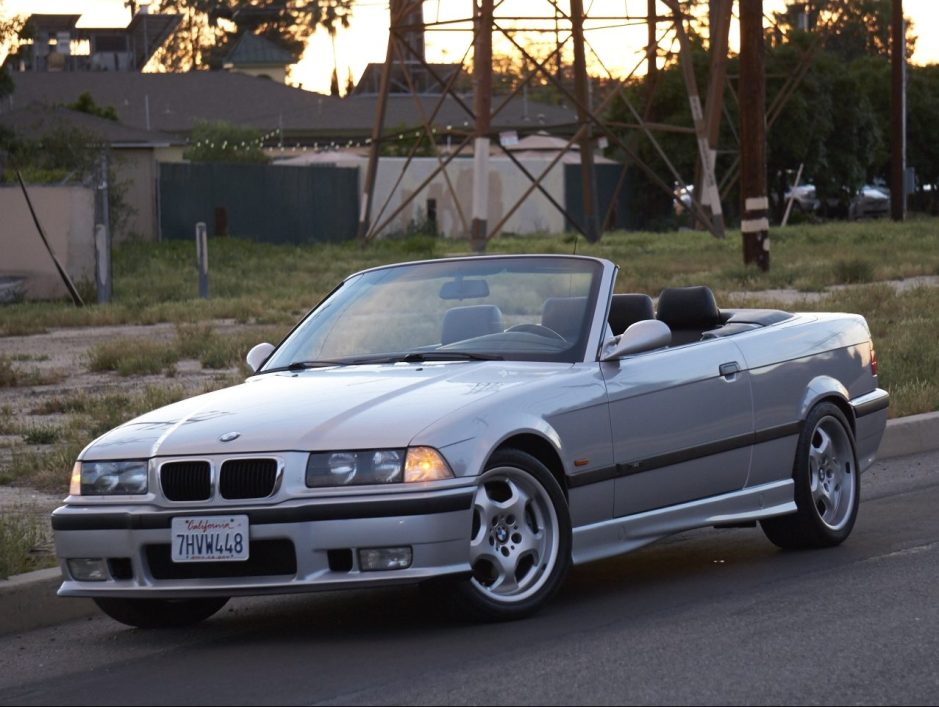