It isn’t just water injection that makes the GTS special. This is the latest in a long line of hopped-up M cars that were never sold in the U.S. before now, starting with the E30 M3 Evolution and most recently the E92 M3 GTS, which packed a 4.4-liter V-8. Water injection isn’t a new technology, even for production cars. More than 50 years ago, General Motors offered a water-injected turbocharged engine in its 1962–63 Oldsmobile Jetfire. If you never heard of that one, it’s probably because most were converted to use conventional carburetors after the secondary injector system dried up when owners didn’t refill the tank of “Turbo-Rocket” fluid, as GM called its methyl-water cocktail.

Water injection is an effective means of cooling the intake charge of a boosted engine. In the short path from the air filter, through the turbos, over the dual-cam cylinder head, and through the air-to-liquid intercooler, the compressed air can reach temperatures in excess of 212 degrees. According to Jürgen Poggel, M GmbH’s head of engine development, injecting liquid water into the hot chamber cools the intake charge by about 77 degrees in most circumstances. In the most extreme cases, he says, it can cut heat to a temperate 120 or 140 degrees.

Any liquid, as it transitions from a liquid state to a gaseous state, can do this magic. The evaporation process converts some of the unwanted heat into harmless humidity. Lowering the intake temperature prevents engine knock and the unwanted detonation of fuel, and it also allows the turbos to produce more boost—21.6 psi versus 17.2 in the regular M4—and the electronics to advance the timing. The result in this case is a 49-hp bump from the 444-hp Competition Package M4, to 493 horsepower.

BMW could have injected E85 (or an alcohol-water mix like GM did) with similar, if not even more improved performance, but that, Poggel says, would change the emissions. BMW didn’t want an engine that could ever be out of tailpipe compliance if the secondary tank ran dry, like a diesel running without urea. (We’re curious to see what tuners such as Dinan might come up with.) Additional water vapor in the combustion chamber does nothing to emissions because there is nothing combustible in distilled water. Run the water tank dry and the engine reverts to 444-hp tune. On a racetrack, the 1.3-gallon tank below the trunk floor will empty at roughly the same rate as the 15.9-gallon fuel tank. Water injection is active only above 5000 rpm and under full load, so street drivers will need to rehydrate less often, perhaps every fifth or sixth fuel fill-up, depending on driving style. It is unclear if dealerships will soon stock distilled “factory-spec” water with a BMW part number.

To reduce the chance of corrosion and to prevent water from freezing, the water lines are drained every time the engine shuts down. The system primes within seconds upon startup, well before the driver should be calling for 5000 rpm under full load on a cold engine.

By this point, you’ve probably glanced at the specifications, seen the six-figure price tag, and wondered, “What the hell, for an M4?” While the basic shell of the M4 is unchanged, BMW swapped out many components in pursuit of track performance, costly bits that push the price to twice that of the base M4.

Carbon-ceramic brake rotors; a carbon-fiber hood, roof, strut brace, driveshaft, rear wing, front splitter, and rear bulkhead; and lightweight interior trim borrowed from the i3, are standard and reduce weight. These help offset the 22 pounds of mass added for the water-injection system. All the GTS cars for the U.S. come with an orange-painted, four-point roll cage in place of the usual back seat. U.S.-spec cars won’t have the ultra-lightweight carbon-fiber seats seen in these pictures; instead we’ll get a lighter-than-normal sport seat with manual adjustments. The result is a car that weighs about the same as a regular M4 fitted with the dual-clutch automatic transmission (the only gearbox for the GTS), or 3550 pounds.

There’s more magic in the chassis. BMW chose meaty Michelin Pilot Sport Cup 2 tires, 265/35ZR-19 up front and 285/30ZR-20 in back, to wrangle the gut-punch torque and the rest of the chassis changes in step. The basic suspension setup, struts in front with a rigidly mounted rear subframe carrying a multilink suspension and an electronically controlled limited-slip differential in back, remains, but three-way adjustable dampers with external reservoirs and adjustable spring perches (they can lower the car by 0.8 inch for track duty) are employed here. The extra grip of the Cup 2s also required a change to the engine: The sump carries an extra quart of motor oil to avoid oil starvation in high-g maneuvers.

With the extra power and grip, we expect the GTS to run the quarter-mile in 11.5 seconds. Drivers are likely to do a lot of these sprints just to hear the engine at full tilt, because it sounds like a feral beast. BMW cites 493 horsepower and 443 lb-ft of twist, but it feels more like 550 of each. And purists, rejoice! No artificial soundtrack pumps through the speakers here. All sounds are 100-percent pure inline-six.

We only sampled the car on a racetrack, with the suspension lowered accordingly, and can say that the GTS makes your average car feel like overcooked pasta in comparison. Flat-foot the gas on corner exit and the tail drifts just a bit in a predictable, manageable way. The GTS is as legitimate a track car as any GT Porsche, Camaro Z/28, or Mustang Shelby GT350R. Looking for evidence? Check out the video below, which shows the GTS running a 7:27.9 lap of the Nürburgring Nordschleife, quicker than that of a Ferrari 458 Italia.

The Cup 2s help enliven the M4 steering with legitimate feedback coming through the suede-wrapped steering wheel, something lacking in the current generation of M3/M4. We’d prefer a larger brake pedal, or a little more spacing between the brake and throttle pedals, to make left-foot braking easier. BMW claims the aero package, with the front splitter manually extended 2.4 inches to its track position and the rear wing in the most aggressive attitude of three, generates 63 pounds of downforce on the front axle and 210 on the rear at 186 mph.

With a limited run of 700 GTSs worldwide and 300 dog-eared for the United States, this special M4 is also exclusive. BMW says its dealers have already spoken for all of the cars and that buyer vetting has begun. The automaker has no worries about its ability to sell every M4 GTS and expects most to be used as they were intended, as dedicated track cars that don’t have to be trailered to the paddock. 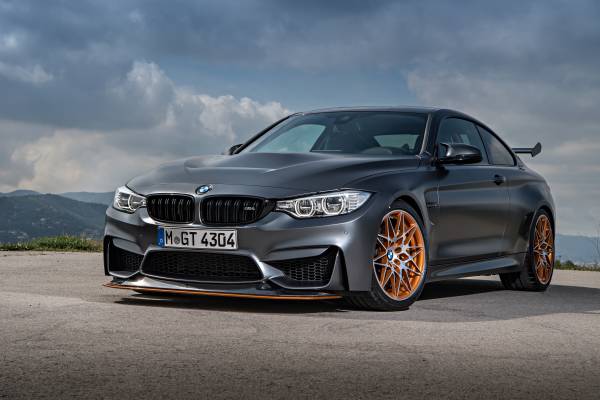 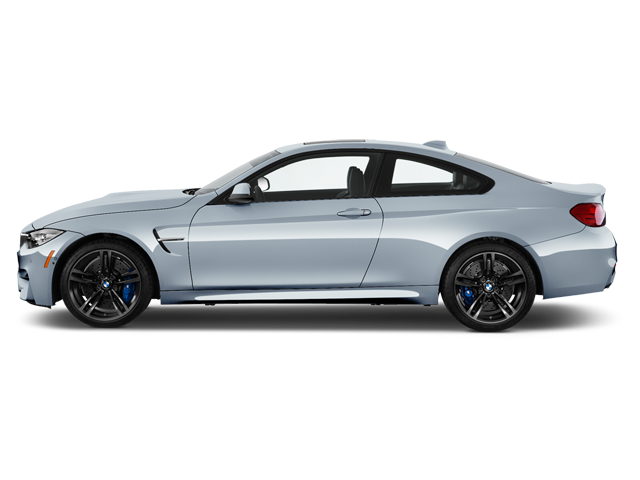 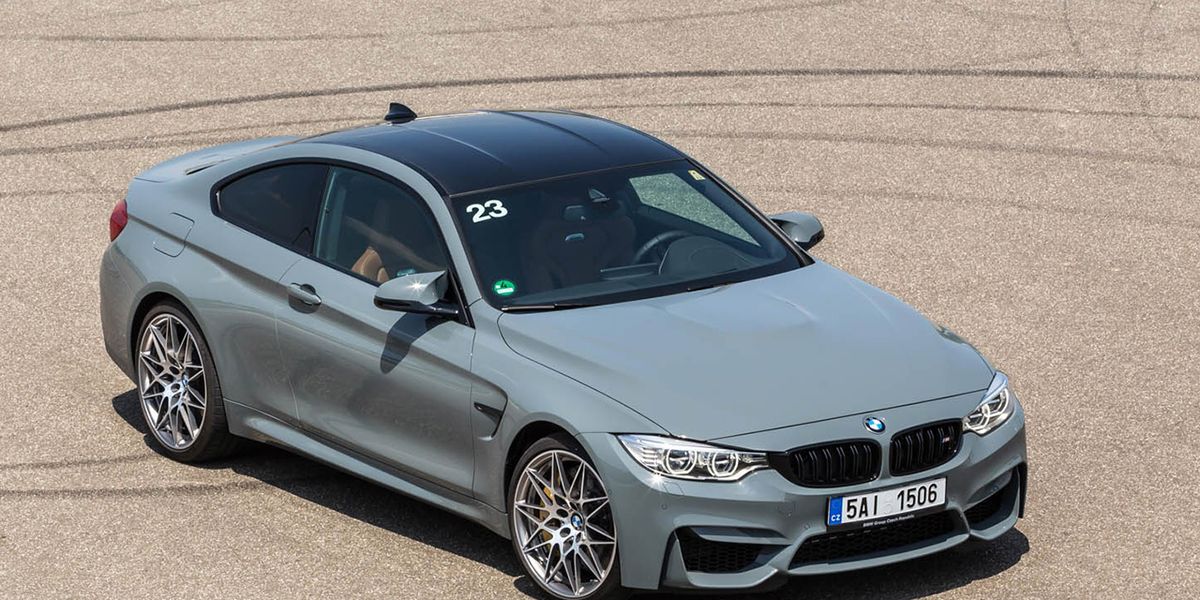 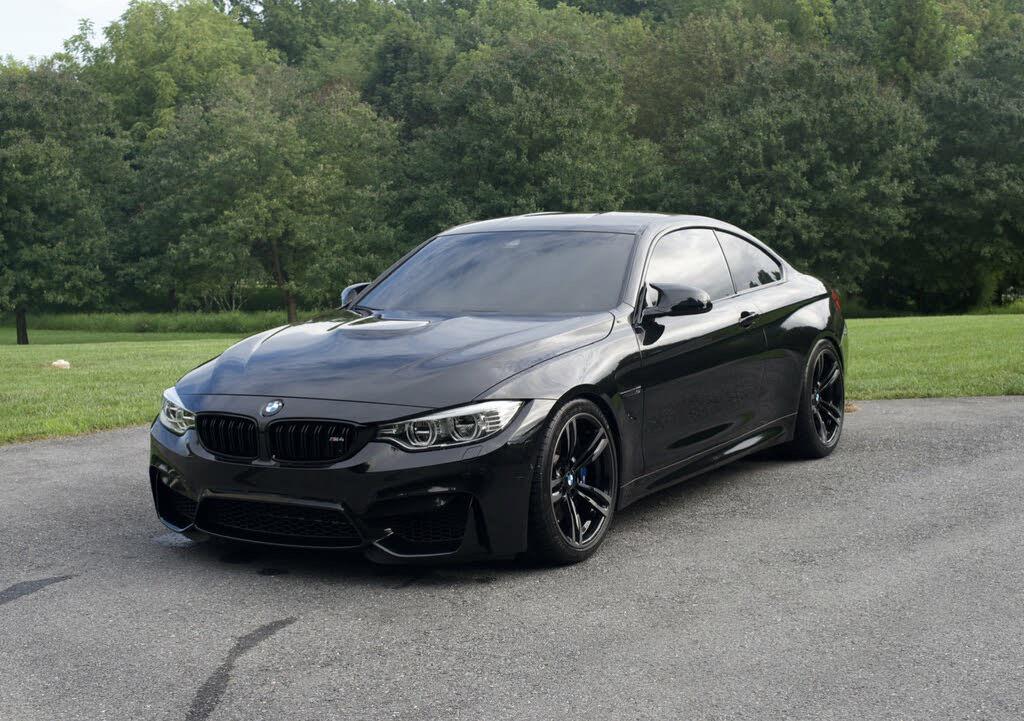 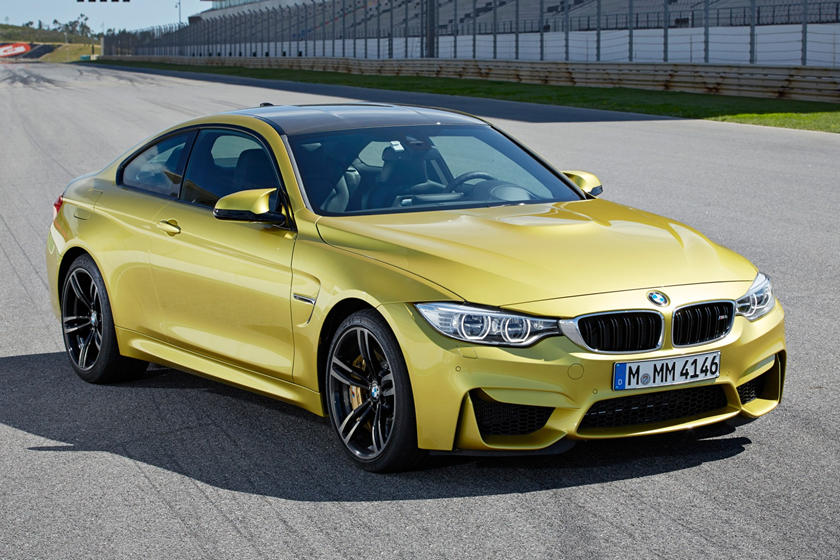 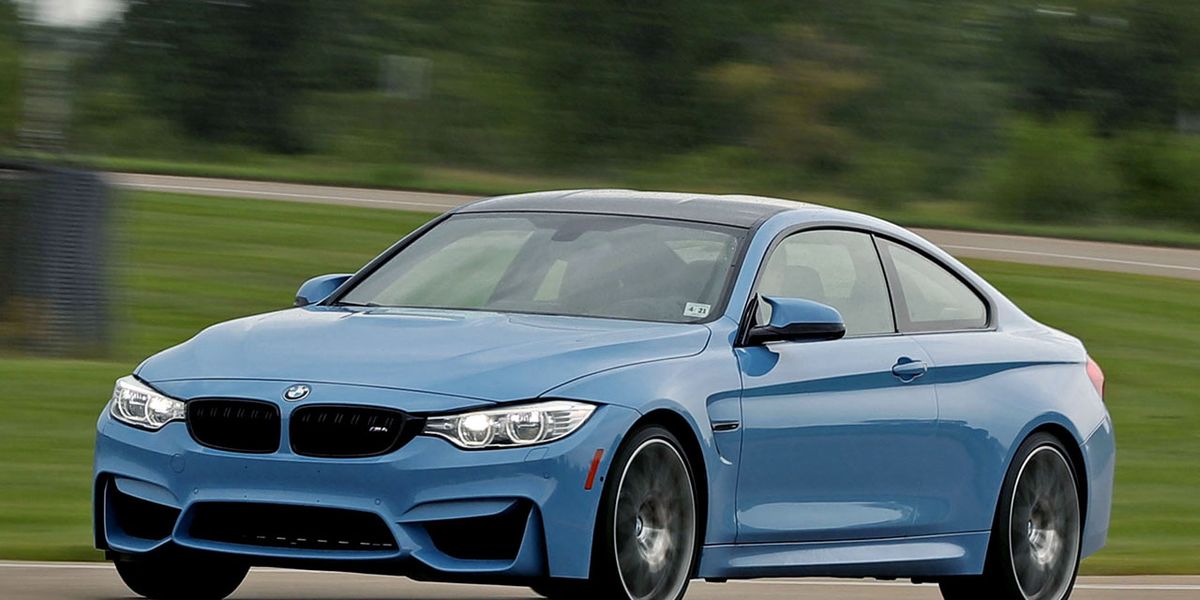 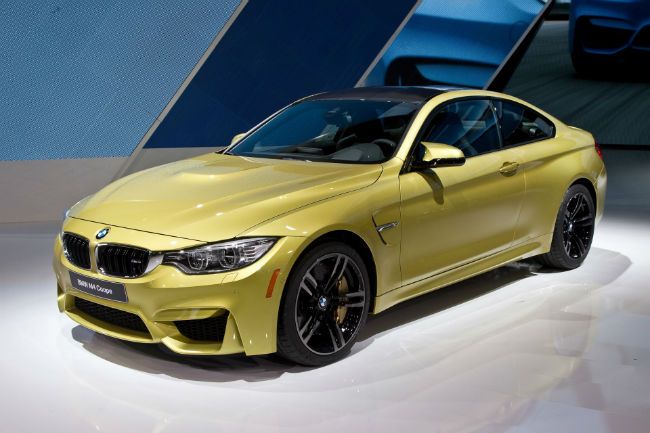 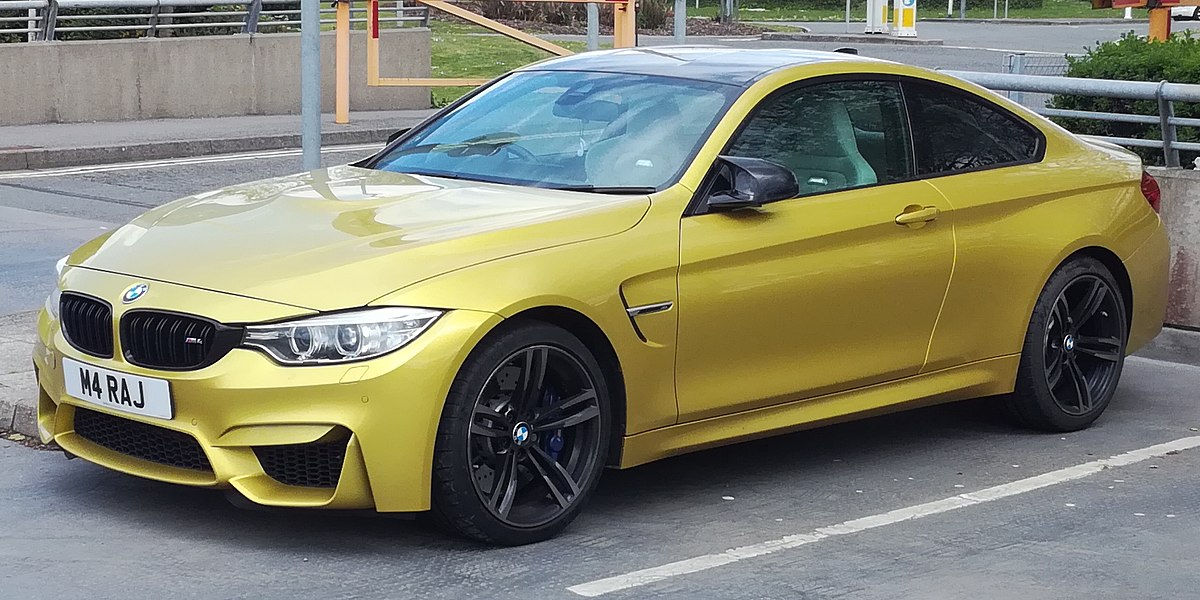 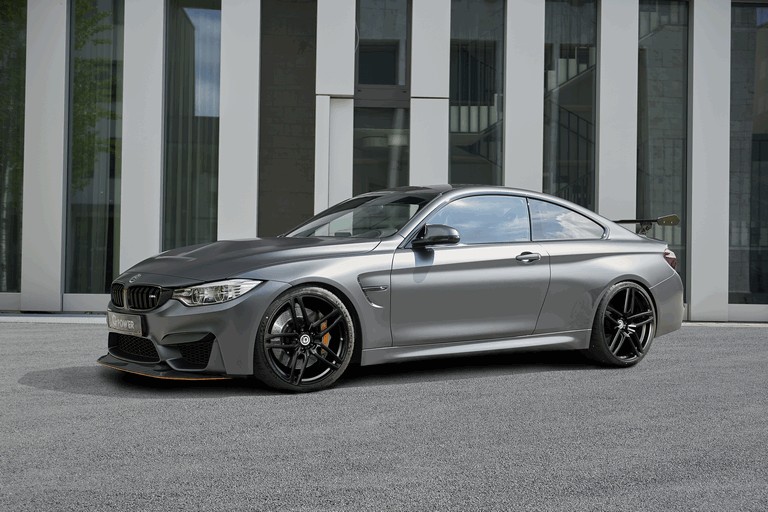 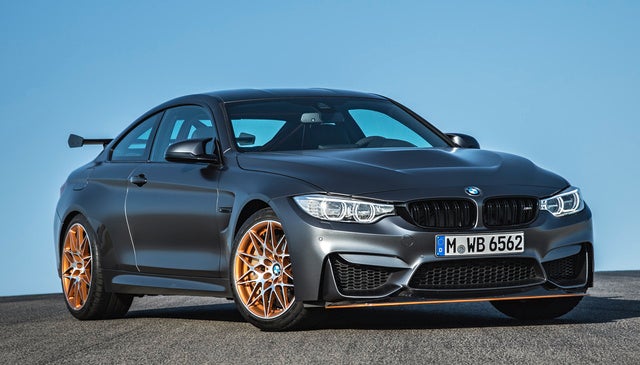 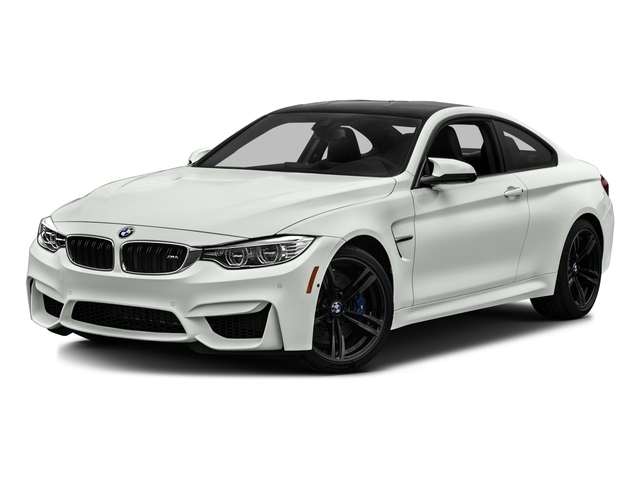 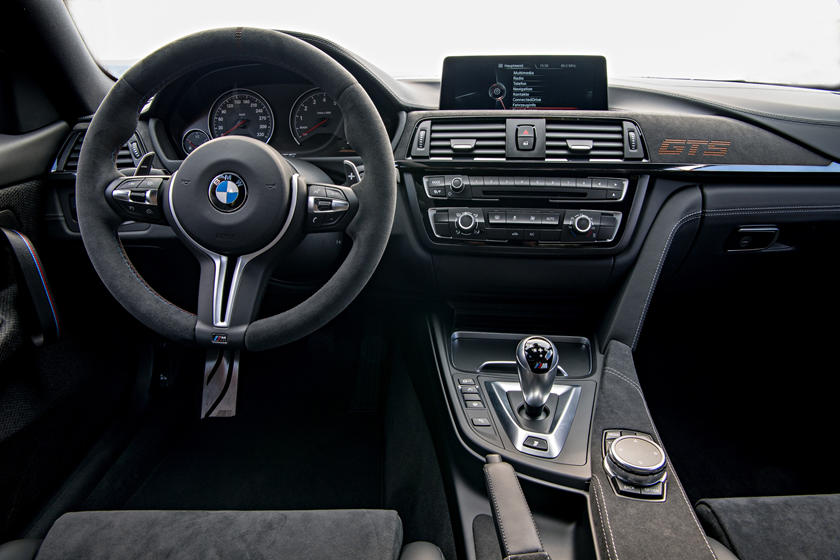 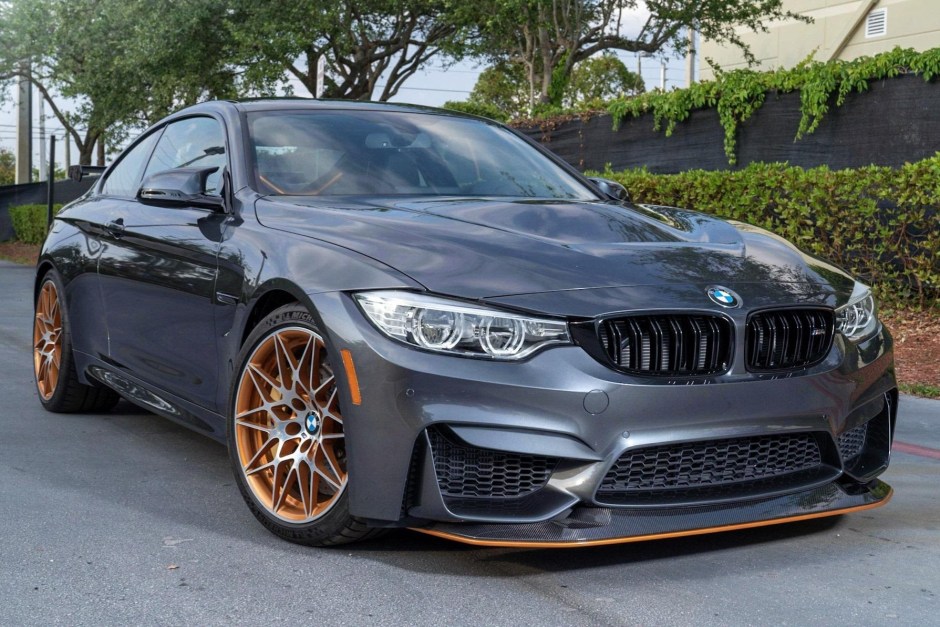