There's currently a bit of buzz going around regarding the third-generation BMW 1-Series. As most of you know, we got the original "E82" model near the end of its model run, and only as be-trunked coupes and convertibles instead of the three- and five-door hatches. More importantly, we got it exclusively in straight-six, performance-oriented variants, culminating in the exhilarating flared-fender 1M, so our concept of the 1 Series isn't quite what it is elsewhere in the world. Look at it this way: We got the Christian Bale from Batman Begins, all bulked up and menacing, while the Europeans typically got sub-two-liter diesel four-cylinders. Like Christian Bale in The Machinist.

For that reason, our Continental cousins aren't too worried about the One turning transverse. When you're using a 1.8-liter diesel, who the hell cares which axle is connected to the output shaft? Unless you're on glare ice, you won't be lighting up the tires anyway. Put a twin-turbo six in the engine bay, on the other hand, and you're dangerously close to going full Cadillac Northstar STS circa '93. If it would even fit. Bimmers have traditionally had long bonnets for a reason.

Given BMW's de-facto return to the inline-four as its engine of choice in everything from the Two Coupe to the Five Sedan, I don't think that's going to be a concern. Instead, the next 1-Series will have a range of three- and four-cylinder engines. Diesel for the Europeans who pay tax based on CO2 emissions, naturally-aspirated gasoline for the poverty-spec export markets, and turbocharged gasoline for the Land Of The Free.

As a former BMW dealership employee who grew up in an E30-owning household and who went on to buy a 2001 E46 330i Sport as my first sports sedan a decade and a half ago, I've long since realized that BMW doesn't see itself the way its American fans and customers see it. We think of the hallowed 2002 as the core product, the ur-Bimmer to which all past, present, and future Bimmers must pay precise and devoted tribute. To us, a BMW is "real" in the proportion to which it hews to that line. We tend to forget that the 2002 was a four-cylinder car, but other than that we don't like digression from the template. So the E46 M3 was a real BMW, as was the 1M and even the current M235i, but the X-cars can't truly claim the Roundel. We demand petite proportions, rear-wheel-drive, a manual transmission, an instrument panel canted towards the driver.

But those are just the characteristics of the thing, not the thing itself. The map, as the man once said, is not the territory. What we truly want in a BMW is something besides a spec sheet. We want to feel special when we sit in it. If it's our first BMW, we want it to announce to the world that we've made it, that we've joined the club, and that we didn't do it in a half-assed fashion. If it's our tenth car from the brand, we want it to remind us of those other nine cars while not sharing their flaws.

We want the engine to sing under throttle. We want the steering wheel to vibrate subtly in our hands at a traffic light, as if our Bimmer is eager to leap into battle. We want the interior to be somber yet high-quality. We want legible instruments and a minimum of complexity. We want every control in the car to feel like it turns a ten-pound weight mounted on ball-bearings made of polished diamon. Most of all, we want the car to come across as German. Not German like a Mercedes B-Class or a Buick Regal, although those are both German sometimes. We want it to feel German like a Messerschmitt 109, or at least like we imagine a Messerschmitt 109 would be if we knew how to fly and had access to one.

The good news is that it's possible to make a car that satisfies every one of those requirements to some degree but which happens to have a transversely-mounted inline-four. I know it's possible because I've driven that car. It's called the Mk7 Volkswagen GTI. It has tight panel gaps, a black-and-chrome interior full of soft-touch switches and thicky thunking detents, big instruments, great seats. It's stable enough at high speeds for cross-continent record-breaking but nimble enough in an autocross situation to make things interesting. The steering is about as good as you can get in this modern PlayBox era.

There's a certain classless aspect to it, just like with the original 2002; you see fiftysomething professors and spiky-haired Asian high-schoolers behind the wheel in seemingly equal doses. It's spacious inside and park-able outside. The only time the illusion falls apart is when you goose the throttle and get that anodyne boosted push accompanied by nothing but the rattle of direct injection and the distant wooooooosh of the insulated turbo.

Best of all, you can get one for way under thirty grand. Would I rather have a previous-generation 328i with leatherette seats and the two-speaker sound system for that money? Absolutely. Can I get that car anymore? No. But as competition for a future FWD BMW, it's both inspiring and daunting. A Bavarian GTI for similar money would fly out of showrooms—but BMW will have to accomplish in a single developmental generation what VW's done in seven. And if they can't? Well, not to worry. I'm sure there will be a killer lease program, and when you look at it realistically, sometimes that's all the "buzz" a car really needs. 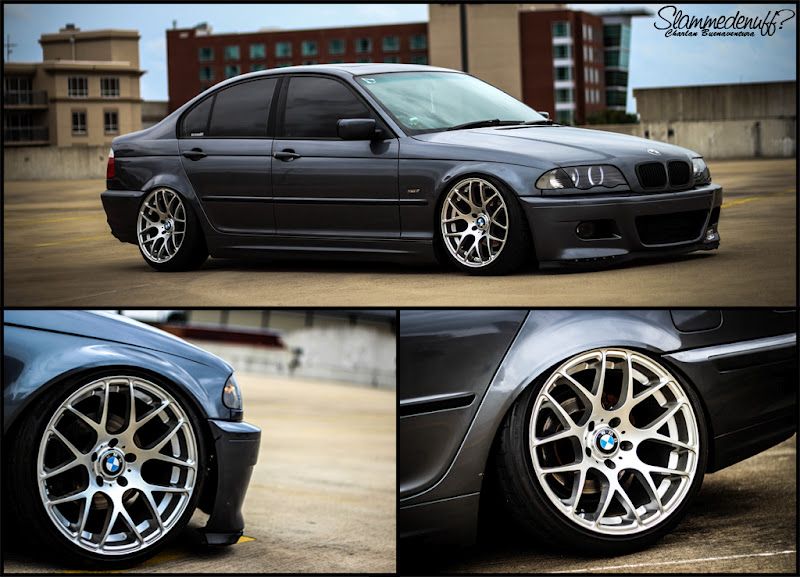 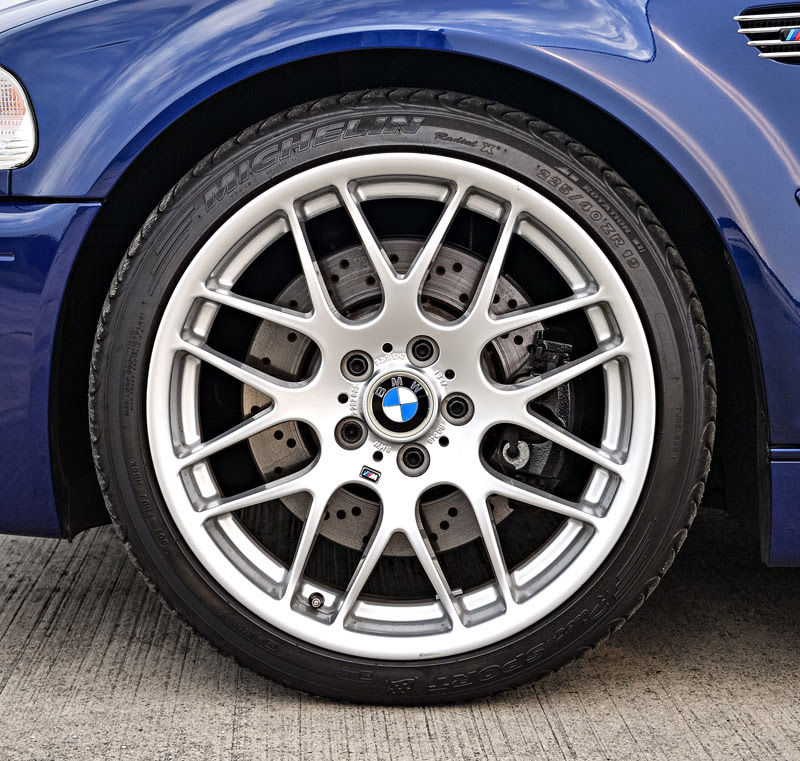 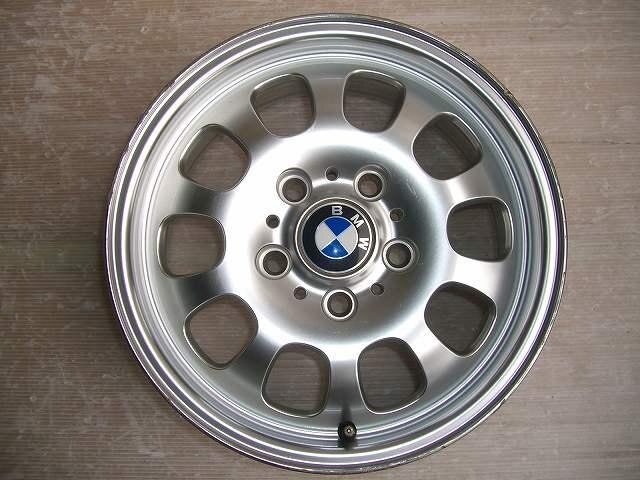 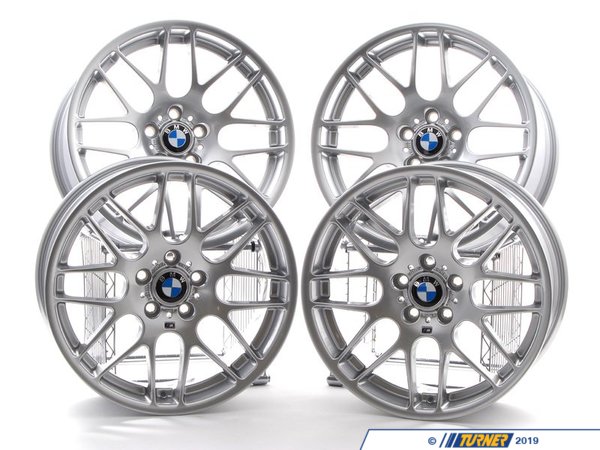 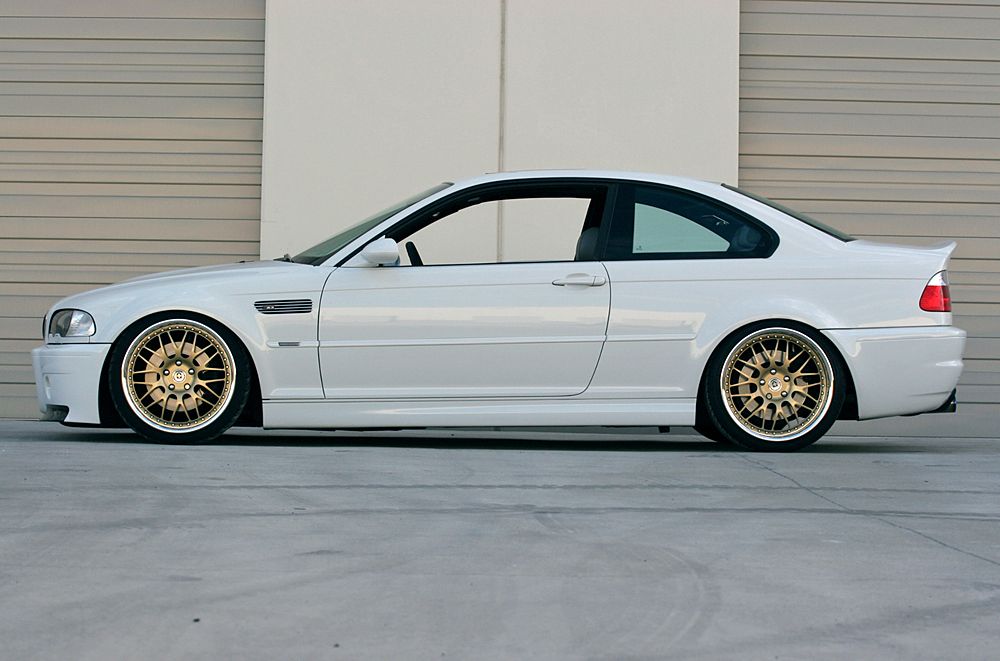 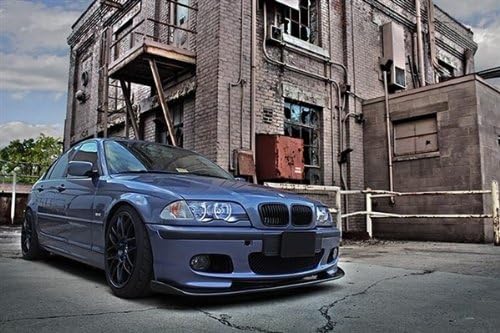 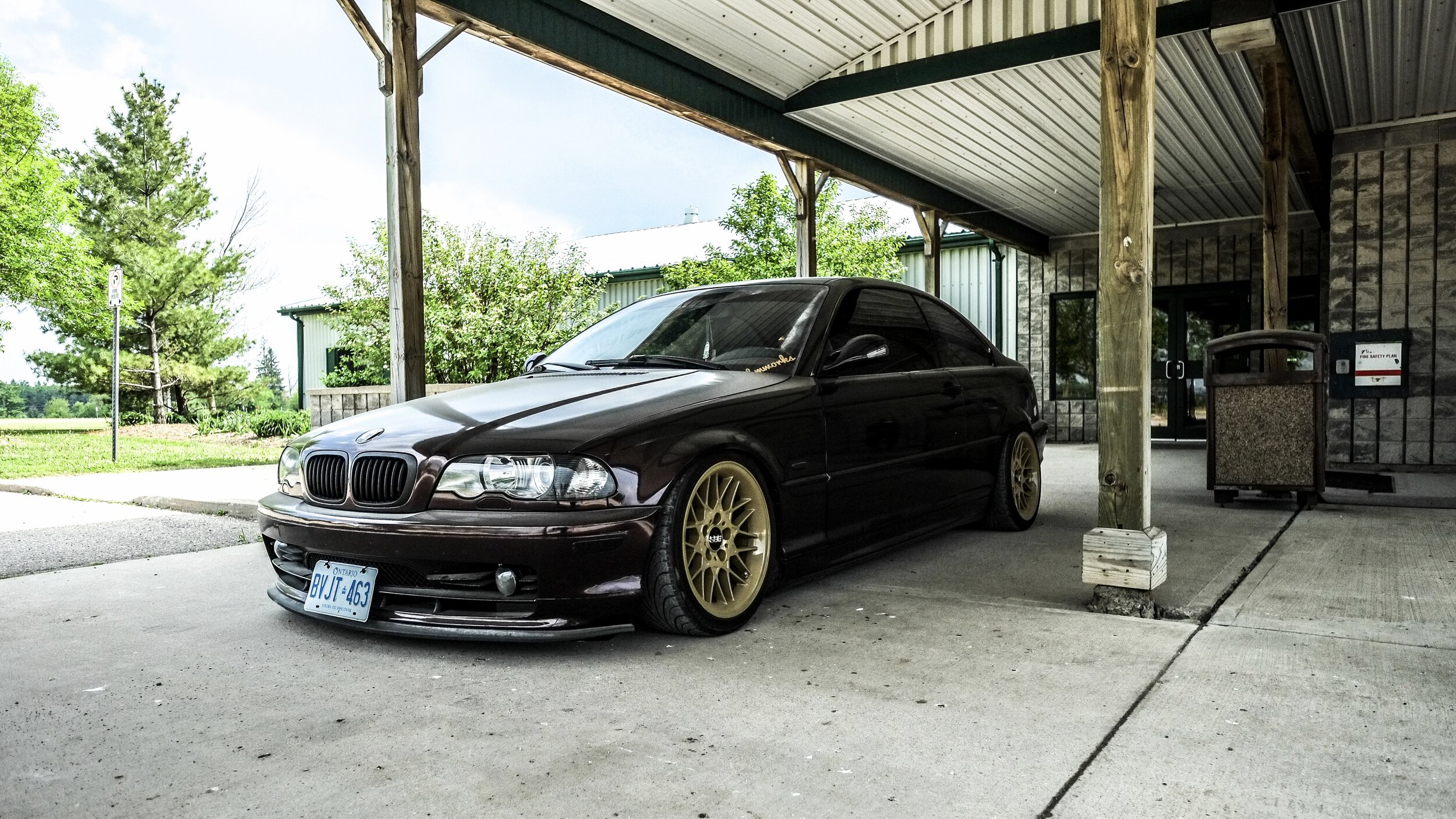 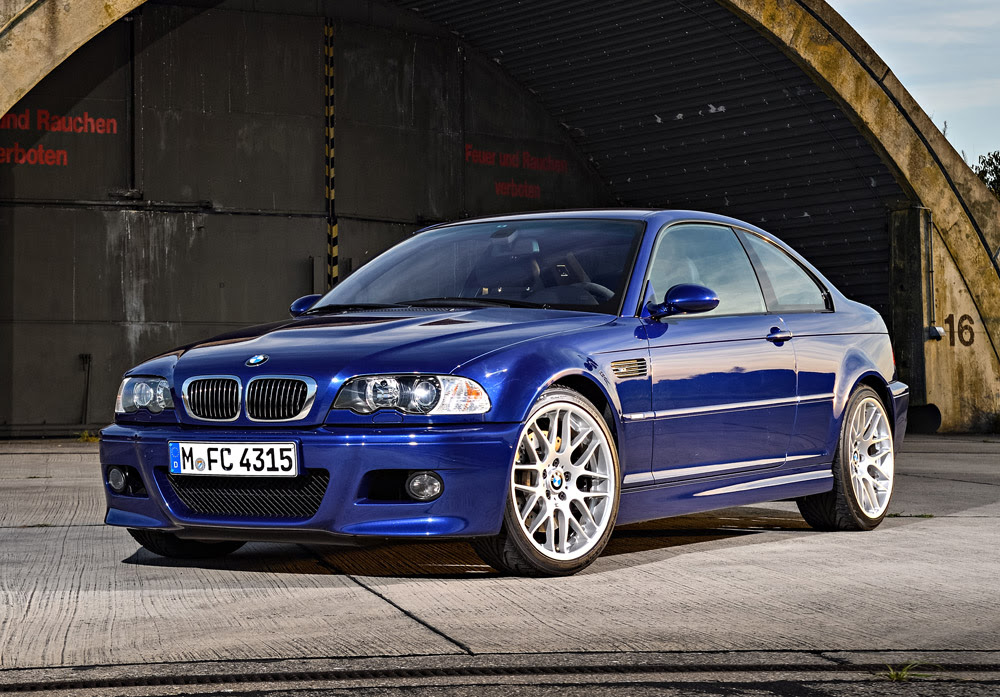 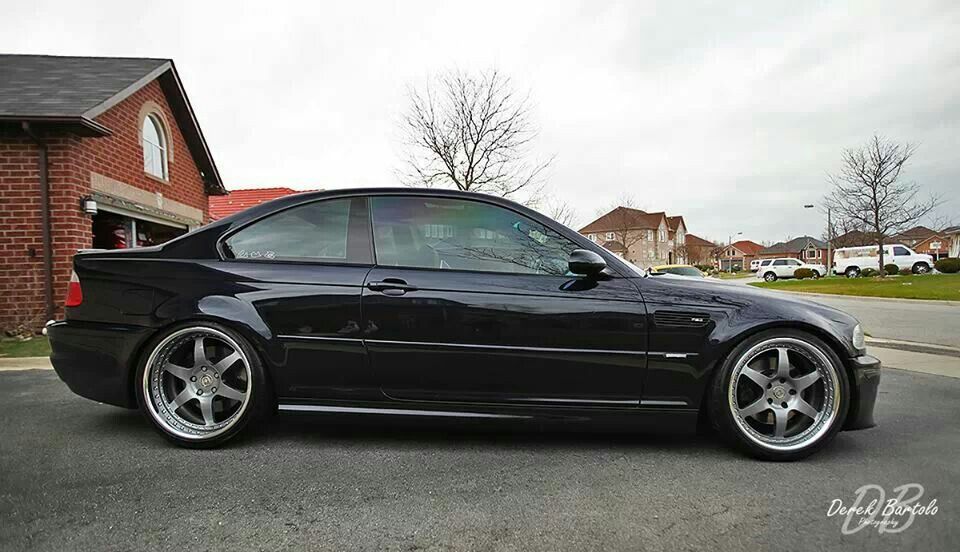