Is this the one? Is this 2018 M550i xDrive the M Performance BMW that finally pushes the performance envelope to far and steals sales from BMW M cars? After driving the new M550i in the German alps tight switchbacks and on the Autobahn, my gut feeling is yes. This M550i is just that good. It’s quicker 0-60, yet more fuel efficient than the last generation F10 M5. This is not merely a sports package with a V8 engine. Nearly every aspect of the M550i has been modified by BMW M including the V8 turbo charged motor, transmission, suspension, wheels as well as appearance both inside and outside.

BMW flew us to Munich to find out just how good the M550i is. The weather during the drive was a little cool. In fact some of the journalists got snowed in the mountains and the test cars had performance snow tires on them. The M550i we tested was Mediterranean Blue Metallic with a Mocha Nappa leather interior.

The BMW M Performance changes over a standard 5 Series are comprehensive and include a 10mm lowered more aggressive stance, unique front and rear clips, wide wheels and M badging. Once inside the new M550i, the door shuts with a solid teutonic thunk. The driver is surrounded with the latest in German luxury and technology. Seating position in the deeply bolstered M Sport Seats rewards the driver with a great view of the road.

The M Sport seats are great for holding you in position well especially for going around curvy mountain roads. The BMW M Sport steering wheel is beefy and feels great in the hands and allows the drive to control many functions without removing a hand from the wheel. Unique interior touches include aluminum pedals, a model specific instrument cluster and even special M550i door sills.

Power out of tight switch back in the Alps and the car just bolts right up to the next corner emitting an incredible sound with unique M Performance Exhaust. All this power is routed through all four wheels gave the M550i sure footing especially given snow had just melted and as there was some sand still on the road.

BMWs are ladened with lots of technology, and this new M550i is no exception starting with the latest version of BMW’s iDrive 6.0, Gesture Control, Remote Parking and the latest in BMW’s autonomous driving technology. The most important part of all BMW’s tech is that it doesn’t get in the way of the driving experience. Then only non-value added tech I found was the Gesture Control. It was not very accurate at setting the volume on the radio playing Bayern 3 and I found the simple controls on the steering wheel more intuitive and accurate.

BMW’s autopilot has been much improved over the autopilot I tested on the current 7 Series and found it useful on the Autobahn section where there was a lot of traffic at speeds less than 180 km/hr. It would ask me to put my hands on the wheel every so often and you can set how close you want it to follow the car in front of you.

On open sections of the Autobahn, the M550i muscled right up to the 210 km/hr limit on the Pirelli Sotozero snow tires. After our midday stop for lunch, it was time for a little Autobahn cruising. I took the onramp onto the A-8, came to a complete stop, as there was no traffic behind me, and then nailed the throttle.

The M550i felt like it was shot out of a rifle.

I was out onto open Autobahn with the M550i at speed by the end of the merge section and quickly jumped into the far left lane. At high speed the M550i is incredibly stable with its lowered stance and taught M Performance suspension. Next to the gear shift lever is a mode button which allows one to select comfort mode for relaxed cruising and softer suspension. Keep cranking up the modes to Sport and Sport+ and the M550i stiffens the suspension, tightens the steering and will hold a gear longer while accelerating.

This M-tuned all-wheel drive system I think is the secret sauce in the M550i. BMW M cars have gotten so powerful, they have turned to tire-shredding drift kings, meaning they can have hard time putting all that power down.

Don’t trust me? Go drive one, stomp on it and watch the traction control light go nuts. This is why I enjoy my E92 M3 so much, it’s an even balance between power and chassis. The all-wheel drive, which we purists have decried, is now so good, that it balances out the chassis and really lets the M550i put the power down. In most instances, it functions like a rear wheel drive car with a rear wheel bias to the power output, but power goes to all wheels if the BMW senses slippage. The electric steering is well calibrated and gives good feed back through the M Sport Steering wheel.

M Sport brakes with blue calipers and “M” badging are standard on the M550i. Brakes are definitely up to the task as I found out when a semi truck pulled out unexpectedly into my fast lane on the Autobahn where I was doing about 180 km/hr. I nailed the brakes hard and they pulled the M550i down to about 100 km/hr so hard it made my seatbelt latch catch.

The M550i’s power and torque is sent through an eight-speed automatic Sport Steptronic gearbox to all four wheels, via xDrive. Powering out of tight switchbacks in the Alps really highlighted the benefit of being able to put the power down thought all four wheels an is faster despite the added weight of AWD.

The M550i feels like a special car, and you know it from the moment you slam the door close and fire it up. It literally eats up the open road and yet is at home on tight switch backs. Adding to this state-of-the-art engine, BMW xDrive intelligent all-wheel drive with rear-wheel bias and a bespoke M Performance chassis set-up, helps create the fastest and most agile BMW 5 Series to date.

The fact that the 2018 M550i is better than the outgoing F10 M5 is saying something. What I hope it is saying is that the next BMW M5 is going to be ridiculously fast and even more capable.

BMW M boss, Frank van Meel, told BMWBLOG at the 2016 M Festival “We develop the BMW M Performance Automobiles for customers who are seeking very sporty driving characteristics yet do not wish to sacrifice any of their BMW’s everyday practicality.” And BMW has certainly kept their promise with this M550i. 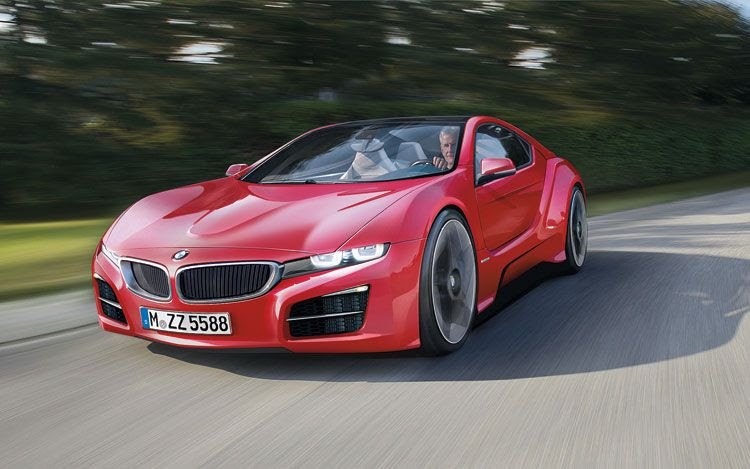 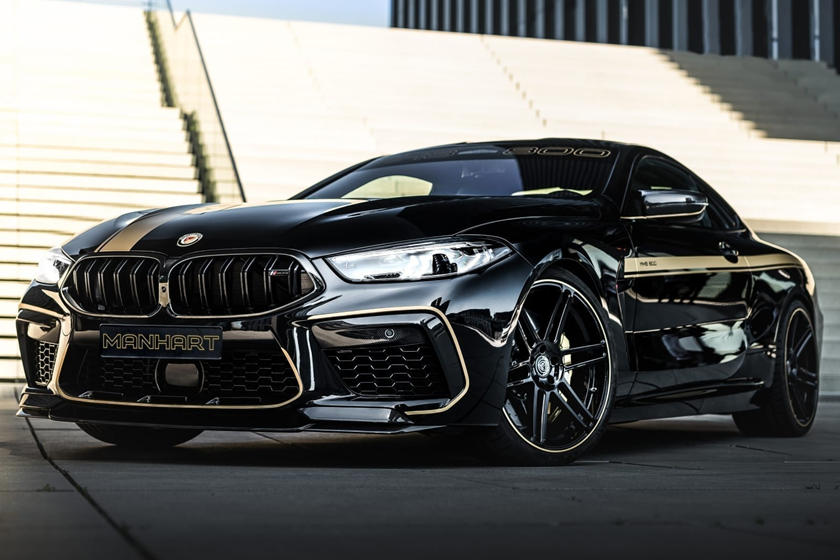 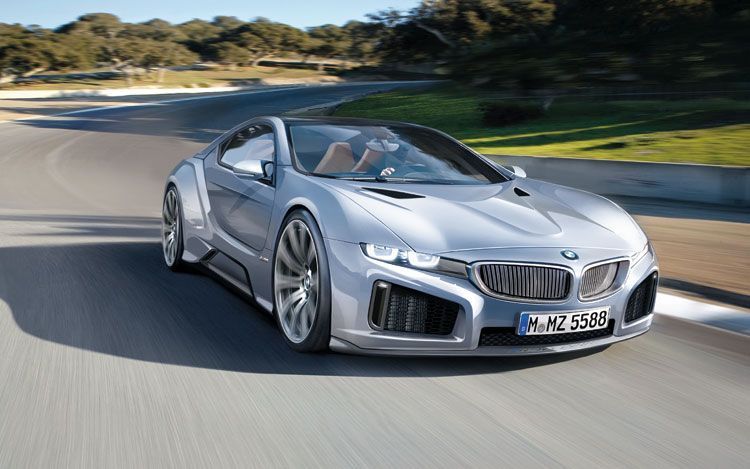 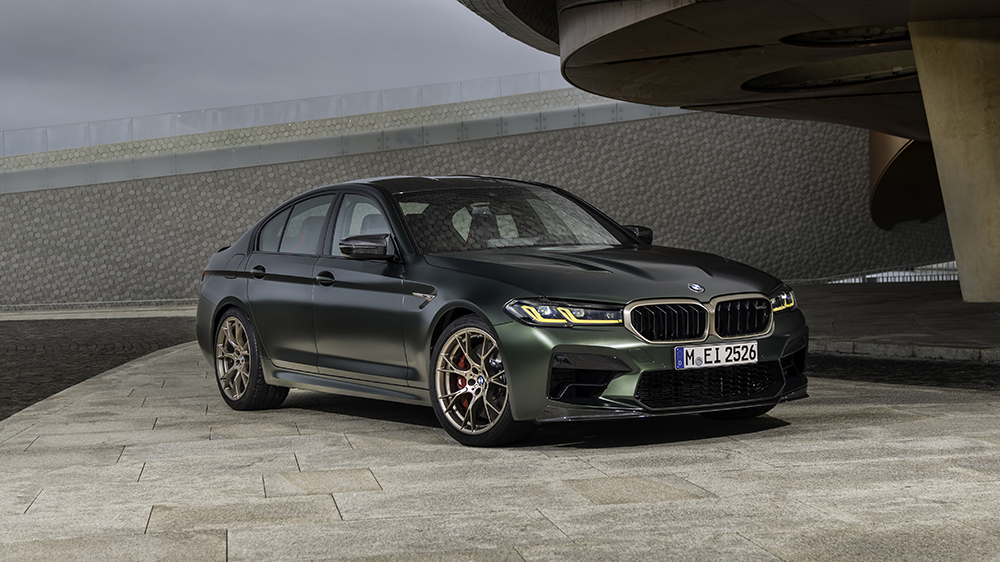 The 16 Fastest BMWs of All Time Elite Traveler 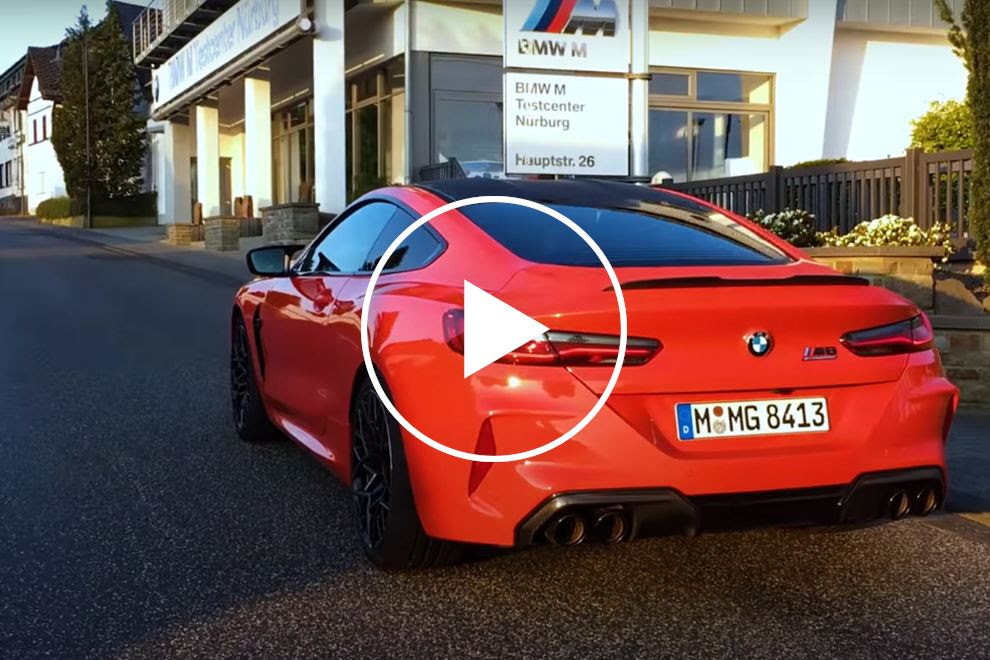 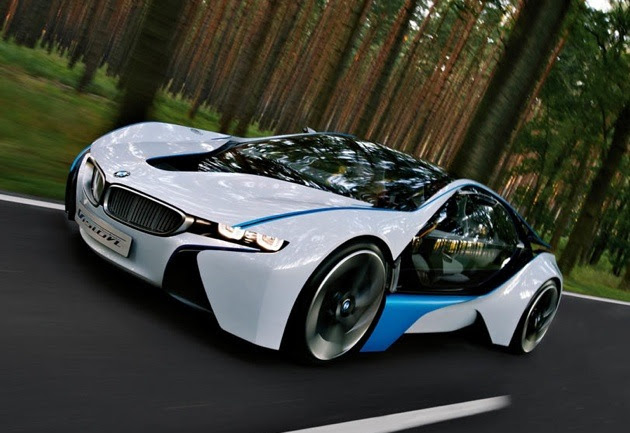 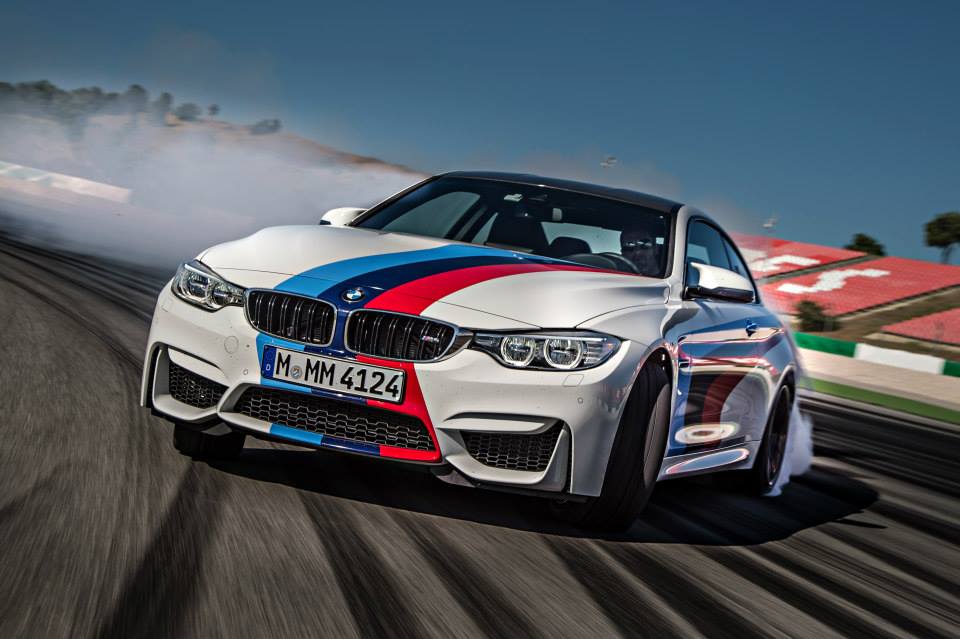 Top 16 Fastest BMWs of All Time 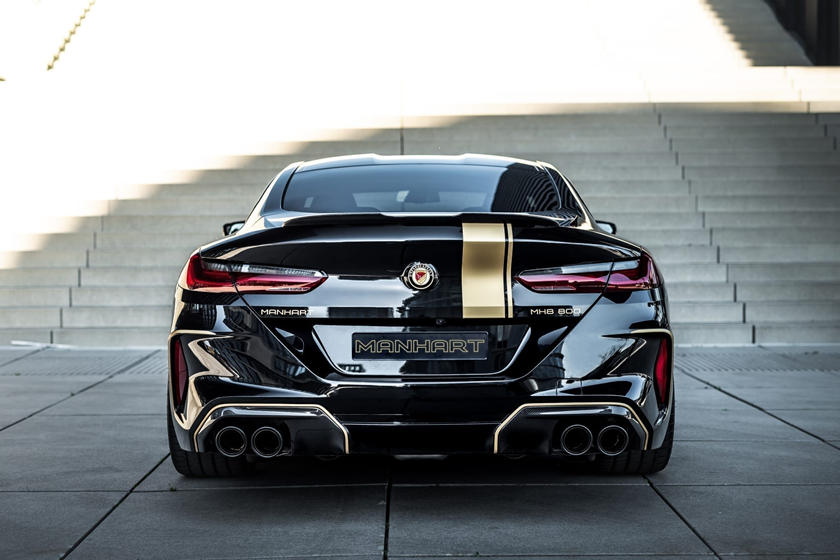 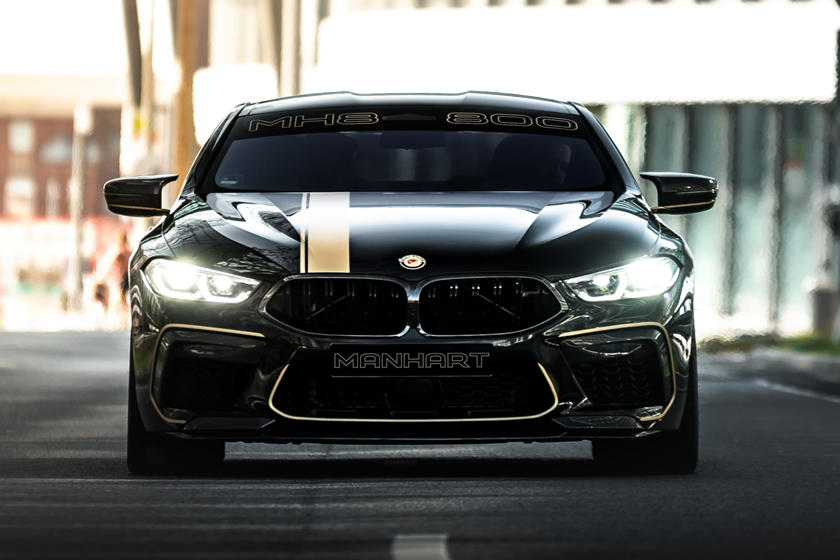 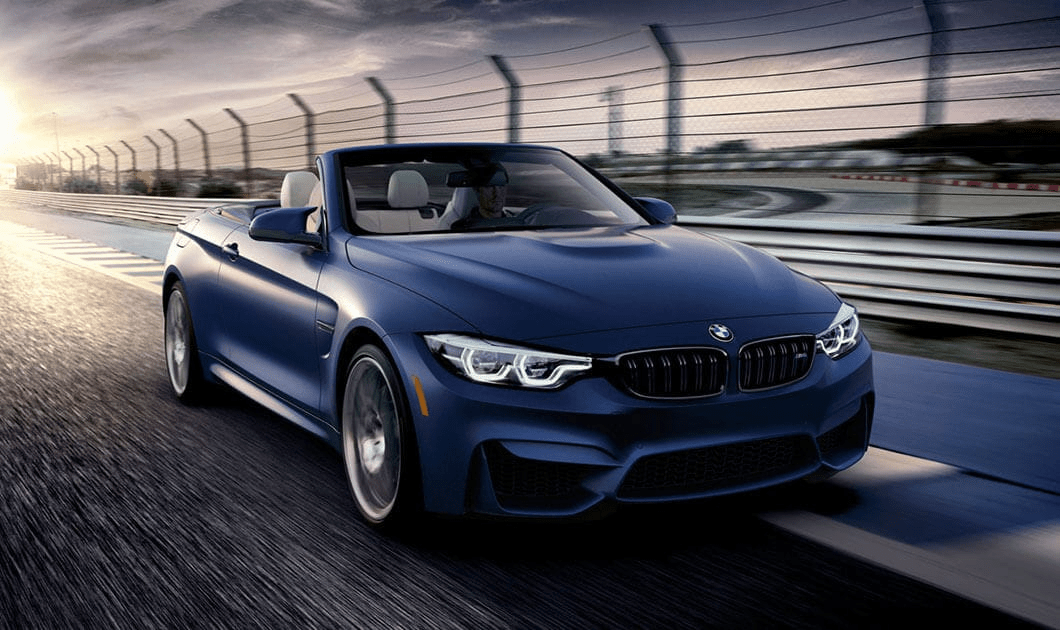