All new for this model year, the 2014 BMW X5 has evolved without losing any of its main virtues. It now offers more interesting lines, greater comfortable, a broader array of features, and better fuel economy than its predecessor. Yet it still offers moderate off-road capability, and enough innate BMW feel, even as the electronically controlled aspects of the car expand.

The X5 is still one of the benchmarks in the mid-size luxury SUV class. Engineered in Germany, built in South Carolina, supplied all over the globe, the X5 remains an aesthetically pleasing off-road and on-road wagon. It's got good driving feel plus enough onboard technology and off-road capability to earn its place in gated-community garages everywhere.

The X5 hasn't dramatically changed its sheetmetal, but the cabin's reworked handsomely, if not unabashedly. The new X5 is more gracefully sculpted than its ancestors, in measurable amounts but not in any dramatic fashion. There's plenty of X3 down the sides, where the tapered roofline and lower beltline nudge it gently toward a more sport-wagon-like form. The proportions make more visual sense, though it's not a huge transformation on the order of, say, the first- and second-generation Cayenne. In the cockpit, the monolithic bulge of BMW's latest dash designs shows up in swell form, made distinctive this time with a choice of neutral and brown leathers over the standard black leatherette. It's not so broad a palette until you reach into the more extreme colors on the option list. There's even a reddish-brown.

The X5 can seat up to seven, and for most of those passengers, it's a warmer ambiance to soak up. Seat comfort isn't perfect, though, with some flatness in the front buckets. The second-row seat in the X5 can now be split 40/20/40, for more flexibility, and they're adjustable for rake. If you get the optional third-row seats, there's separately a new Easy Entry function--but they're still Oompa-Loompa small, making them occasional seats at best, cargo space more often, a line-item veto most of the time. The cargo hold can be opened from the key fob or the driver's seat: the lower piece drops like a truck tailgate, while the upper glass powers open like a minivan tailgate.

The new BMW X5 occupies that performance space typical of German SUVs like the Mercedes M-Class and VW Touareg and, yes we're going there, the Jeep Grand Cherokee. There's diesel power available, insanely plush spin-offs with V-8 thrust, sophisticated all-wheel-drive systems that provide moderate amounts of off-road capability, and extravagant suspension systems meant to muddle the crossover roots enough to make it more than palatable on-road. The familiar 300-horsepower, 3.0-liter, twin-turbo, in-line six-cylinder engine is the base engine, good for 0-60 mph times of about 6.2 seconds. We've yet to drive it, but have spent half days in the spiffy new xDrive35d turbodiesel and the V-8-powered xDrive50i. If 0-60 mph times rule, the V-8's 4.9 seconds bests the diesel's 6.9 seconds--but in our estimation, the diesel's fuel economy and torque in-town feel more than makes up for the two seconds of slack.

All X5s now have electric power steering with adjustable effort and an Eco Pro mode that also affects the eight-speed automatic's shifts and throttle progression, even adaptive damper settings when they're onboard. The X5 feels most BMW-like only when Sport and Sport+ modes are engaged: there's a heft to the steering, a resolute resistance to body roll that only gets more defiant if it's outfitted with M Adaptive controls and a set of rear air springs. It's all but ready to transform into an X5 M, once all the electronics are plugged in--a reality that echoes how the X5 can feel from behind the wheel, what with the lack of steering feedback and the artificial counterdamping applied by the available active-roll stabilization system.

No crash-test data has been published, but the X5 should equal its prior safety ratings. Active-safety features are heavily represented on the long, long options list. New features include the Active Driving Assistant (Lane Departure Warning, and a pedestrian collision system with braking), plus ACC Stop & Go (full-range camera-radar cruise control), and a new Traffic Jam Assistant that maintains following distance and keeps the vehicle at the center of its lane by providing steering input. BMW Night Vision and a head-up display remain on offer, as well as a Parking Assistant, Surround View system, and Active Blind Spot Detection.

The BMW X5 carries a base price of nearly $53,000, in line with other European-badged luxury SUVs. At the price, it's still without a few features we think should be standard--and are standard on some mass-market utes. A rearview camera is a $400 option; any color other than flat white or flat black brings a $550 upcharge; and leather upholstery costs $1,400 at minimum. Navigation is standard equipment on most versions; it comes with the iDrive controller with its new touch-write surface, and BMW Apps, a connectivity suite that runs via an iPhone app. (Android users: give it a few months.) If you want all-wheel drive, you'll need to step up into the X5 xDrive35i, which is priced from just over $56,000. In the $70,000 and up range, the X5 V-8 can be trimmed out with Dakota leather, Bang & Olufsen audio, a rear-seat entertainment system, and more. Our pick? Probably the winning turbodiesel five-seat model, lightly equipped with surround-view cameras and navigation, for the best long-term value of the lineup. 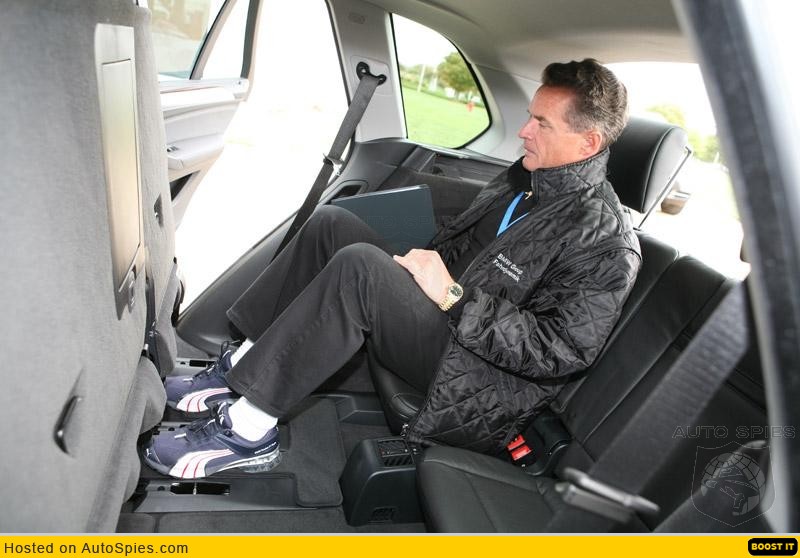 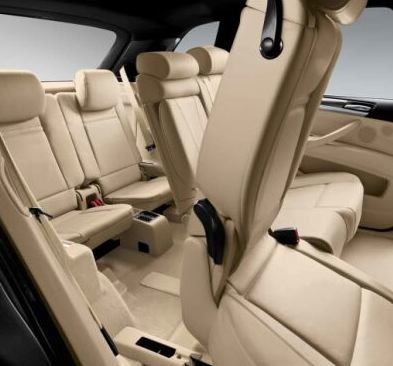 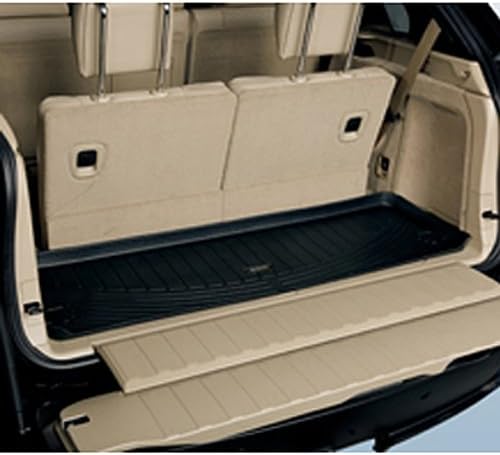 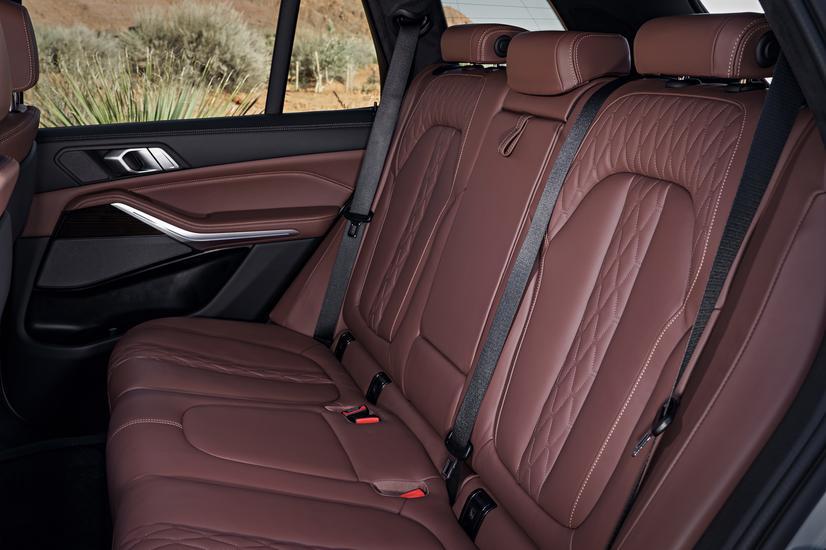 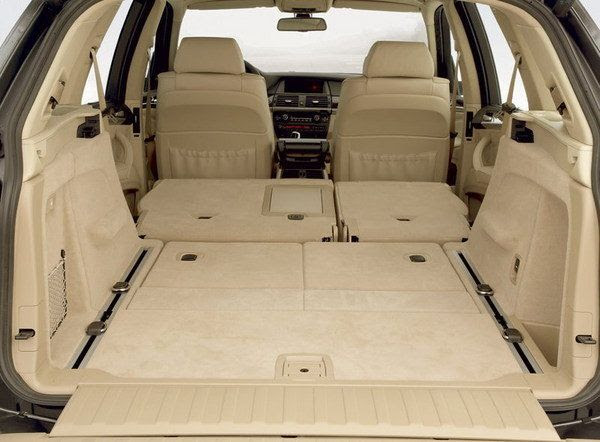 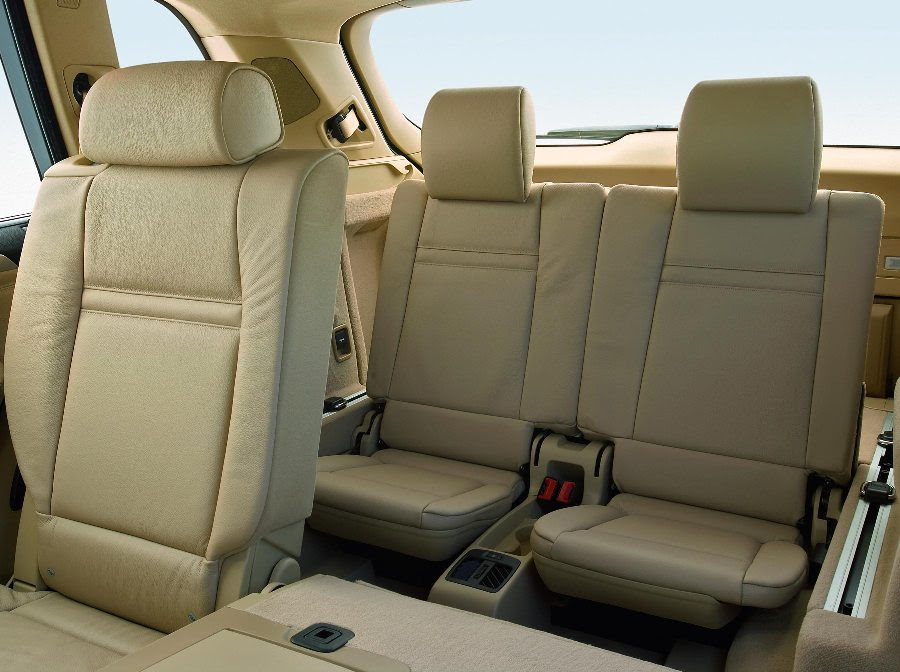 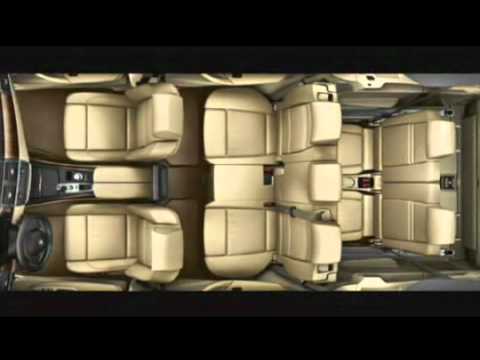 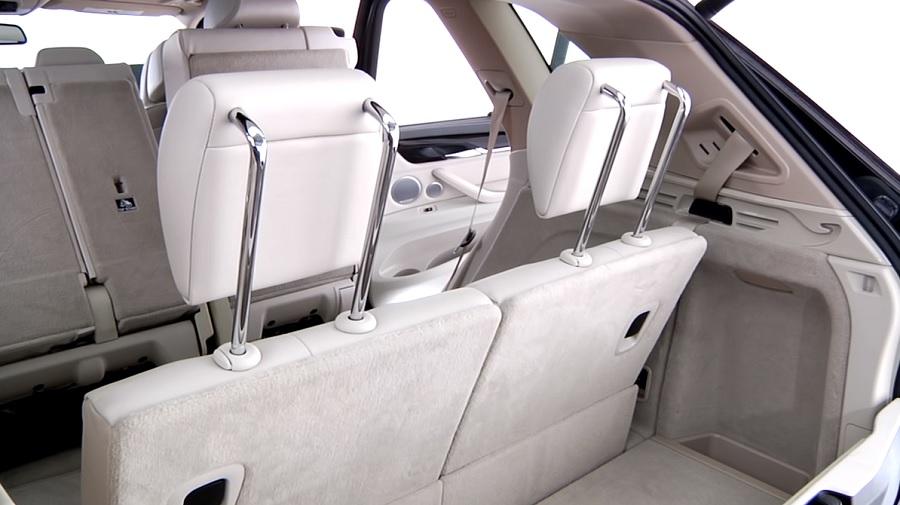