Test Drive: The Littlest Convertible of Them All – BMW 128i

Home » Interesting » Featured Posts » Test Drive: The Littlest Convertible of Them All – BMW 128i

“it’s not a real BMW” seems to be a common statement by many Bimmer enthusiasts when it comes to the smaller horsepower engines of the BMW line-up. This phrase seems typical of web forums and comments on articles when discussing a comparison of something like a 535i versus a 550i or 328i to 335i. The whole argument seems to imply a false sense of importance by owners of BMW’s with larger engines over those of the entry model of a series.

As if buying a 328i makes you less of a true driver with a car that somehow has far less “BMW-mess” than it’s faster sibling. It’s true, more power is typically better but that doesn’t make the lower output models any less of a driver’s car. This general perception of say, the naturally aspirated BMW’s versus forced induction BM’s, is typically a sign of someone who doesn’t “get” the brand.

However, there is one car that seems to be the biggest whipping boy of all when it comes to being perceived as a “lesser Bimmer” and that’s the 128i in the U.S. market. Much of this perception comes from the 128i now being the “cheapest” BMW available to U.S. consumers excluding cars of sister brand MINI. As if buying the cheapest available BMW signifies your loyalty to the brand and that enthusiast street cred can only be purchased and not earned.

“…more power is typically better but that doesn’t make the lower output models any less of a driver’s car. “

After flip-flopping on what we should try out, a 750i or a 128i, the choice was obvious to me: the smallest BMW wins it. Besides, the F01/2 has already anchored its place in my heart and the minds of many others that it’s a truly luxurious, sporting car for its class. So, with that in mind, could we find something compelling about the 128i to sway the seemingly poor consensus that the 128i is a poseur Bavarian? I spent a full week with the 128i Convertible to see what would come from the littlest ‘vert across a variety of locations: sunny, expensive South Beach Miami, the young professional ‘s daily grind in Northeast Florida and the back roads of Georgia and South Carolina. We grabbed a few mounts and gear from Media to help grab a bit of video content as well while in sunny South Florida! You can read Horatiu’s pick-up of the 128i at the Spartanburg-based Performance Center here during the first part of the week.

The 1 Series now represents the sole rag top of the BMW brand in the U.S. (excluding the soon-to-be-out-of-production E64 6 Series) as the Z4 and 3 Series both now come with retractable hard tops in convertible guise. With that said, the convertible version of the 1 Series is well-executed from both design and comfort. With the top down, I think it helps to accentuate the muscular cut lines, haunches  and stubby rear deck of the 1er. Though , ironically, once the top is up the 1 looks much softer and frail than it is. However, sitting inside you would never know as from the pillars down, everything is standard E82 kit and comes with the straight forward, simple dash and instrument cluster, a hallmark of BMW interior design.

During my week with the 128i ‘vert I noticed very little, if any, cowl shake during speeds of up to and beyond the dark side of 70 MPH and was happy to find that, with the windows and top down, it was still very easy to hold a conversation with passengers with speeds up to about 65MPH – above that, wind noise required slightly raised voices. I found the same with cell phone conversations on a Blackberry 9700 as well.

“With the top down, I think it helps to accentuate the muscular cut lines, haunches and stubby rear deck of the 1er.”

Our car came fairly well equipped with Premium Package, Sports Package, iPod/iPhone adapter and heated seats. While heated seats might sound a bit silly when testing a convertible, especially in August in South Miami – when driving with the top down during early morning runs in Georgia with temperatures at 65 to 75 degrees the heated seats helped offset chilly air whipping through the cabin. Another note about the seats – the Sports Package is worth it alone for the well-bolstered, grippy seats. In the driver’s seat with both hands on the wheel you’ll feel as if you’re anchored to the chassis itself in terms of communication with the car.

Stressed? Drop the top on the way home from work

The top down is really the only way to be in the 128i convertible. For the after work commute and tooling around town I took the 15 to 20 seconds it takes to thumb the dash-mounted button and neatly tuck away the roof in the trunk. I found myself taking the 1 Series out for mundane tasks just so I could cruise with the top down – this aided in hot weather by the Sub Zero fridge-grade air conditioner.

Speaking of the top down, with a missing roof the 128i allows its occupants to enjoy an underrated feature – the exhaust note of the N52 inline 6. On the E9X 3 Series’ cars, aside from the convertibles, the sound deadening of the current 3er keeps the N52 from being nearly as audible as the M54’s of the previous E46. I found myself lightly feathering the throttle at stoplights, not to instigate a race, but to continue to hear the burbly snort of the exhaust. Something quite unexpected on a car that doesn’t always outwardly project a sense of masculinity.

“There was never a time the gearbox and engine didn’t feel perfectly suited to each other.”

If you pick a 128i coupe or convertible and will be living with the N52 engine that produces “only” 230HP – you have to opt for the 6-speed manual option. “I commute too much to have a manual” you say? Too bad, you can suck it up and use a clutch because the combination of N52 with a manual ‘box is far too good to pass up. During my week with the 128i, there was never a time the gearbox and engine didn’t feel perfectly suited to each other. The gearbox was a bit narrow but aside from the occasional miss-shift to 6th instead of 3rd, the throws were quite short and the felt very crisp and succinct whether up shifting or downshifting. The clutch also didn’t feel as vague or light as that of my E46 with a fairly regular clutch point compared to that of its predecessor. From my experience with the Steptronic transmission and the N52 engine, they’re an OK pairing but ultimately leaves the driver with a feeling of an underpowered, borderline asthmatic engine.

The 128i fits right in off of Key Biscayne

Coupled with the engine and gearbox feel, the steering and suspension prove to be surprisingly tactile and convey an always-ready-to-play, seat-of-your-pants driving experience.  The overall combination of the suspension and steering gives a good impression of where the front wheels are relative to where you want them to be. The suspension feels well-sprung and taut but doesn’t punish its occupants’ backsides too much. I suspect the car will feel every better sans the standard 17 inch run flats of which replacement is fairly commonplace.

However, the suspension and feel of the car have a split personality that can equally please and deter the driver. The 128i convertible only handles corner carving to a point before the mechanical feedback tells you that “yes, in fact the roof is missing and this car is at it’s limit.”

On anything curvier than the odd back road, the 128i feels very awkward and less confident when pushed a bit. Aside from the now safety-engineered understeer, the 128i convertible has a problem not unfamiliar to convertibles of major flex in the body due to a lack of torsional rigidity. However, the 128i seemed to present another, fair less anticipated problem when I encountered bumpy surfaces mid-turn: an momentary evaporation of all road feel until the bump had passed. I found myself hitting a particularly nasty expansion joint through a curve on the highway leaving Miami and was met with a few milliseconds of no feeling whatsoever other than supreme steering lightness – as if the road abrasion made the BMW’s suspension just say “forget it, I give up!” mid-turn. This left me trying to quickly correct the car via a steering wheel with no sense of connection to the road requiring I estimate about how input I should give it correct the car’s trajectory and then hope my guess was accurate.  A most un-BMW feeling from the littlest Bavarian – despite the cleverly weighted-wheel under normal driving.

Another low point encountered during the week was that of fuel economy.  BMWNA’s website boasts fuel consumption figures of 18 in the city and 28 on the highway for a 2011 128i convertible mated to a 6-speed manual. On my initial road trip with the 128i from Miami to Jacksonville at a cruising speed of 75 to 80 MPH I found that the car returned, at best, 24.4 miles per gallon. Over only a 349 mile trip, I only had about 341 miles in my 14 gallon tank – hence a quick pit stop somewhere just south of Daytona.

The 14 gallon tank plus only average fuel economy left me feeling as if I’d been to the gas station a dozen times during the week I had the 128i ‘vert. Considering we’d put almost 2,000 miles on the car in a week – that’s a bit too much. However, later in the week, a drive from Jacksonville, Florida to Augusta, Georgia saw a slight increase in highway fuel economy from an average of 24.4 to a lofty 26.9 mpg under cruising speeds of 70 to 80 MPH. I am willing to venture that the fuel economy would have continued to improve slightly as the car was just getting beyond the recommended break-in mileage (our car came with under 500 miles on the odometer) and from experience with new BMW’s this is a fairly common occurrence. However, it was still somewhat disappointing given BMW’s usual frugal inline 6’s.

The 128i in its natural habitat: The gas station

Overall the 128i convertible is a good car though not a great car. It has the feel of a smaller BMW and surprised me with the sense of connection to the pavement it can provide. But the question remains – is the criticism it receives justified as being a “lesser BMW?”

Well, no, it doesn’t. It’s definitive BMW in the smallest, roofless form you’ll get here in the U.S. Unfortunately, the general perception seems to be that the 128i ‘vert is a bit dainty and feminine in non-M Sport guise. This perception seems to nullify the exhaust note, short-throw gearbox and well-bolstered seats. Did I mention how much fun it is to just cruise around town with the top down?

Unfortunately, it’s hard to defend the 128i as a true driving car with its somewhat ponderous handling. Though, is any convertible below a Porsche Boxster ever going to be credited as a car with superior handling? Probably not, so if you want a comfortable, sporting littler chop-top that’s fun around town then the 128i convertible is a good option. If you’re looking for a car with better driving characteristics and is a bit cheaper – then consider the 128i Coupe for a little bit better bang for the buck.

And if you’re put off by the 128i Convertible because of what someone else might think of it then perhaps you’re buying criteria is off in the first place.

A very special thanks goes out to the folks at Media for loaning some camera gear and car mounts to us to shoot some of the photos and video. We’re making a continued effort to bring you new forms of media and look for it in future articles. 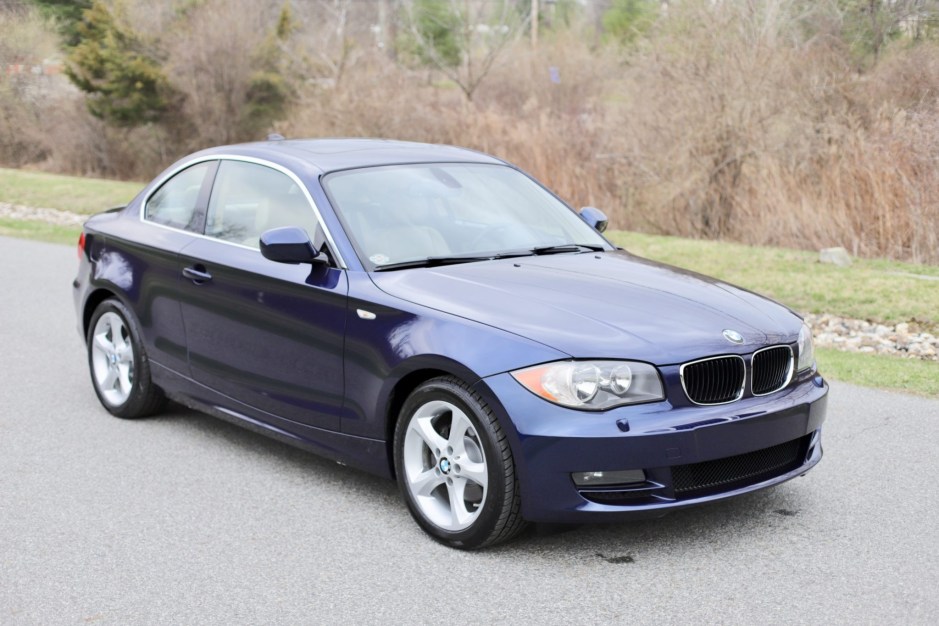 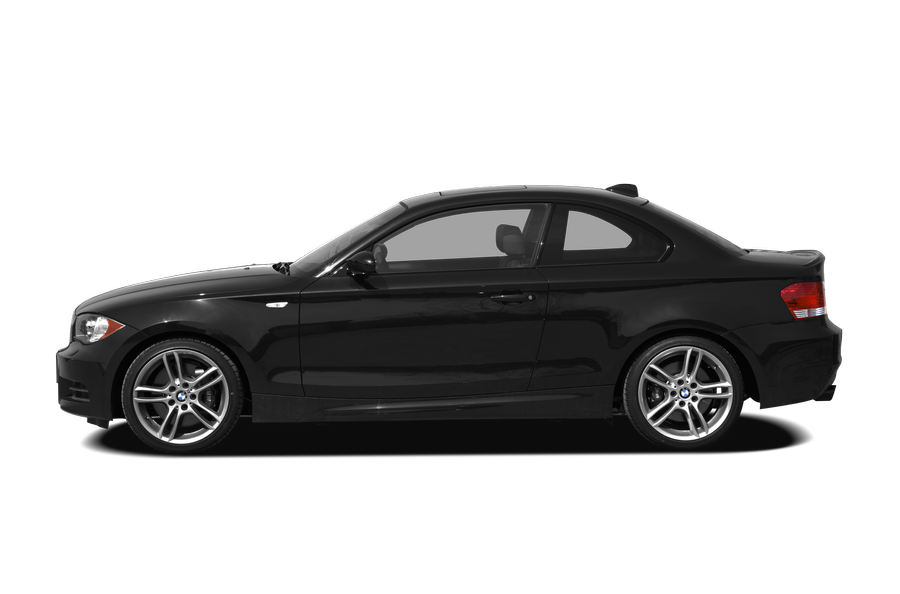 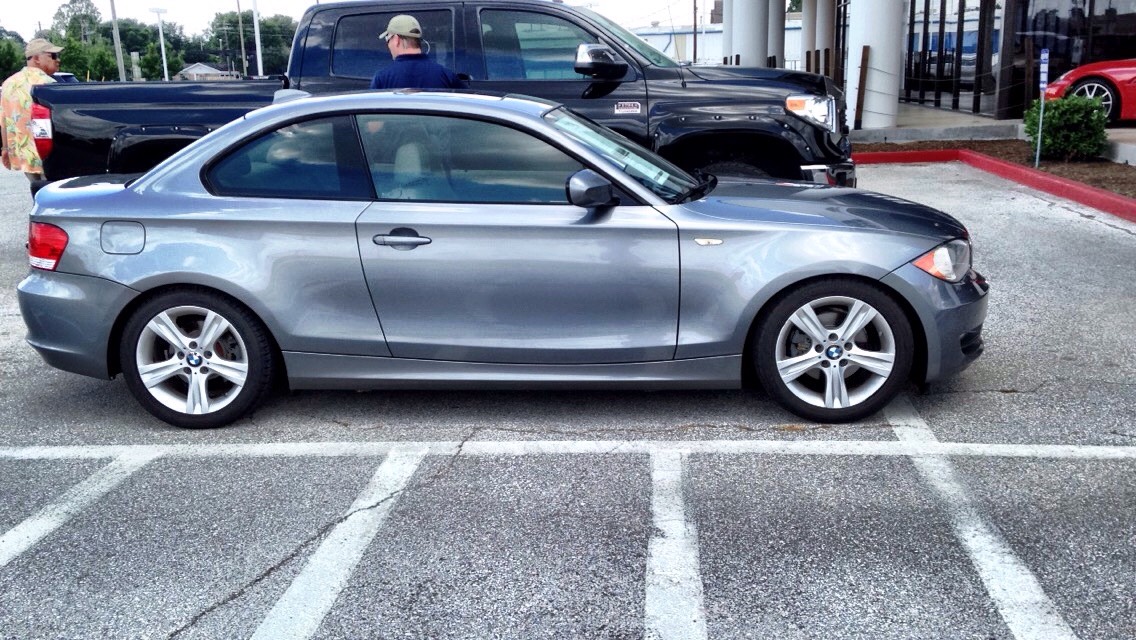 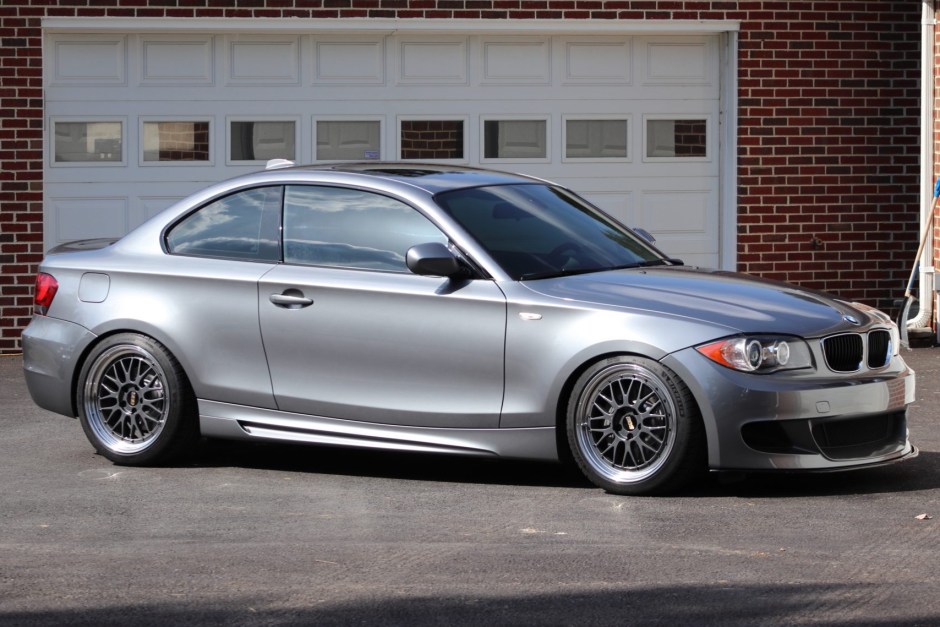 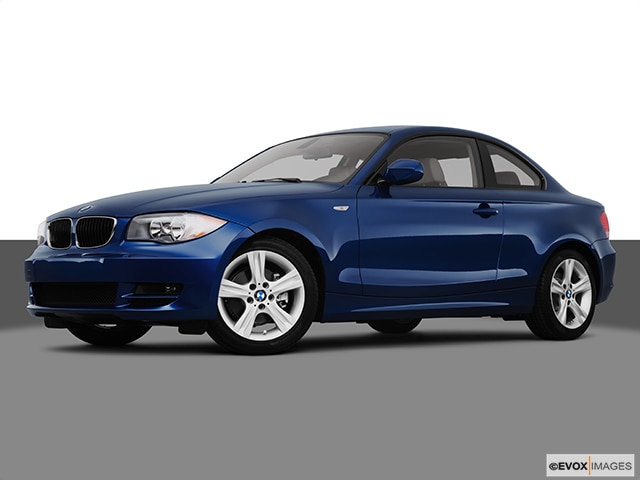 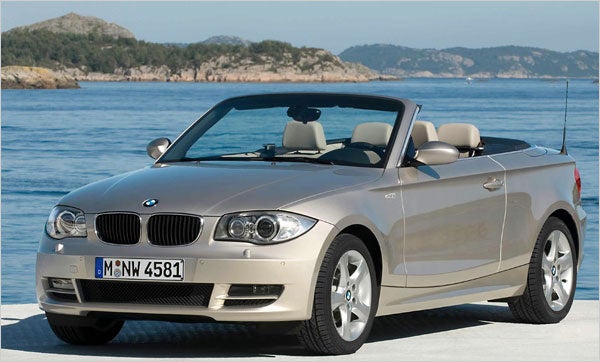 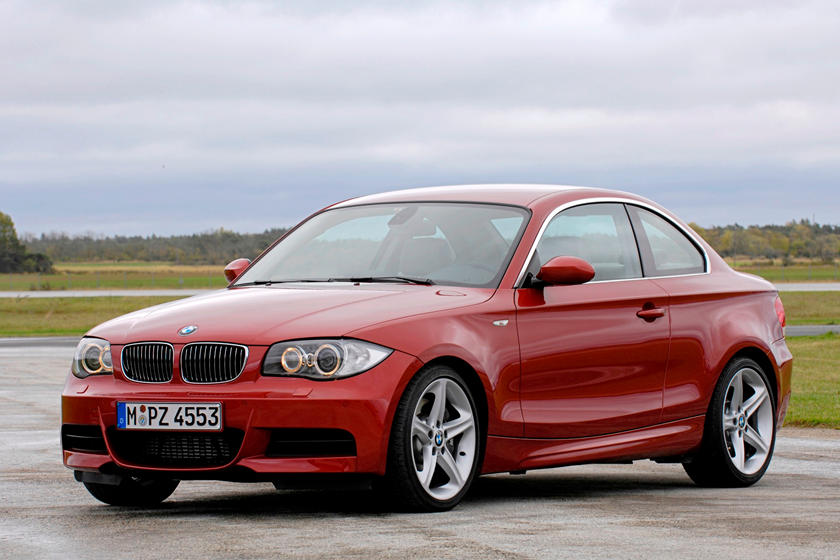 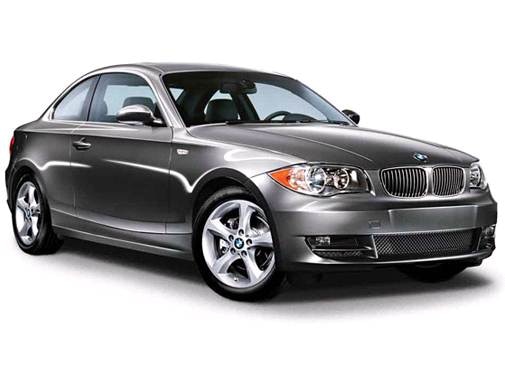